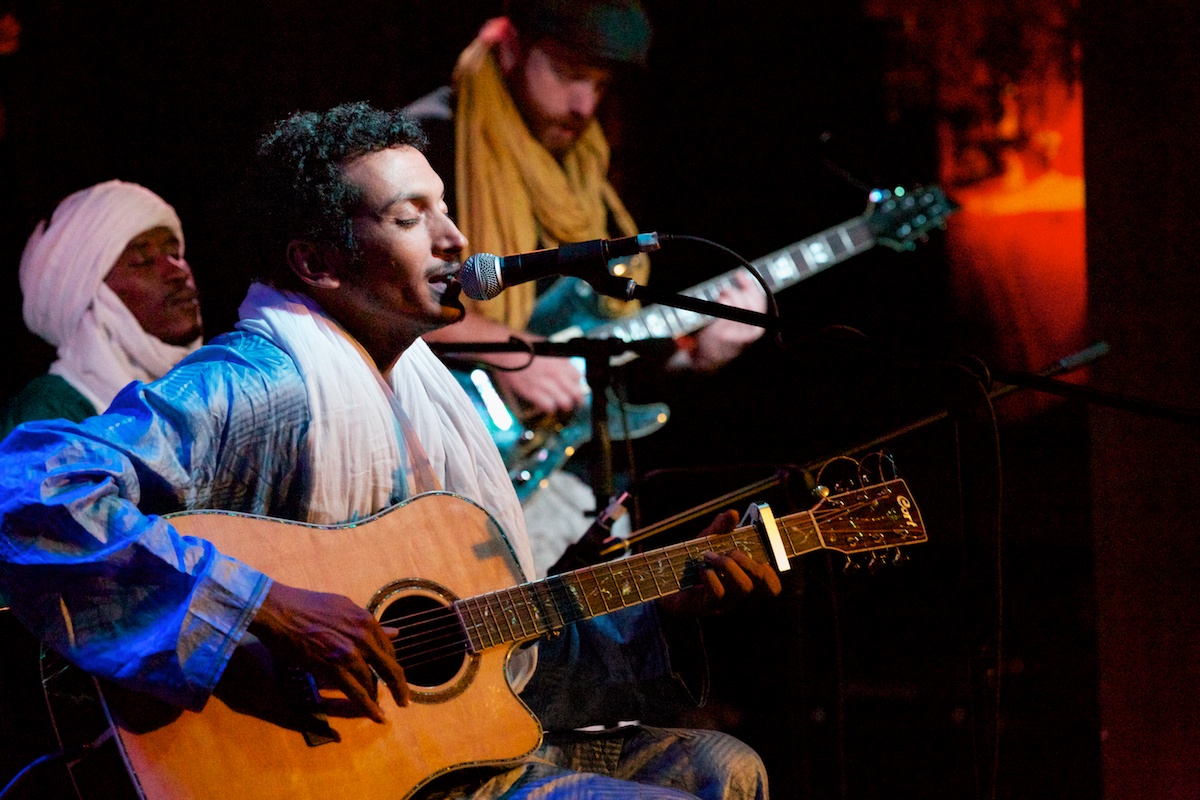 Tuareg guitarist Omara “Bombino” Moctar was born in a nomadic encampment in Niger in 1980. Some 26 years later he was playing alongside Keith Richards and Charlie Watts in California. The here to the there and now is an amazing life of cultural and political conflict, creativity and inspiration that speaks to the global language at the heart of world music today. 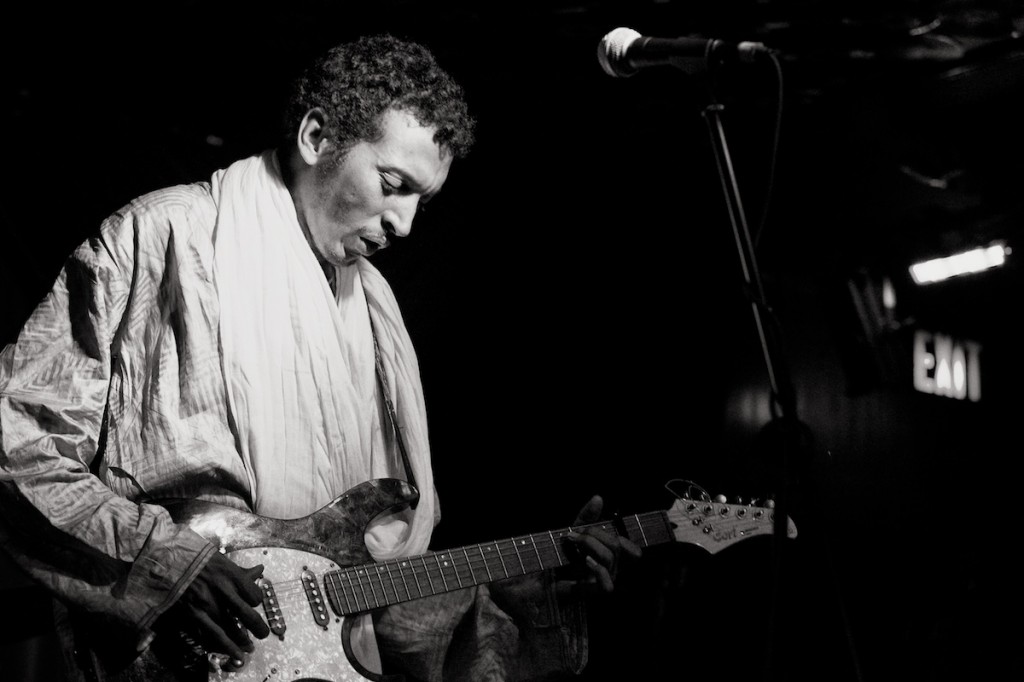 As a younger guitarist, Bombino would emulate Hendrix and Knopfler licks from watching videos and his path as a musician was carved early, much to the consternation of his father. In 2009, film maker Ron Wyman, who knew Bombino’s music, found Bombino living in exile and brought him to the States to record what became the 2010 release “Agadez”. A truly amazing journey that has had Bombino appearing at major festivals, including this year’s New Orleans Jazz and Heritage Festival, where he absolutely tore up the Blues Tent (a set I unfortunately missed). A new project is on the way and he has played/is playing dates in California and the Southwest before starting a European tour later in the Fall. 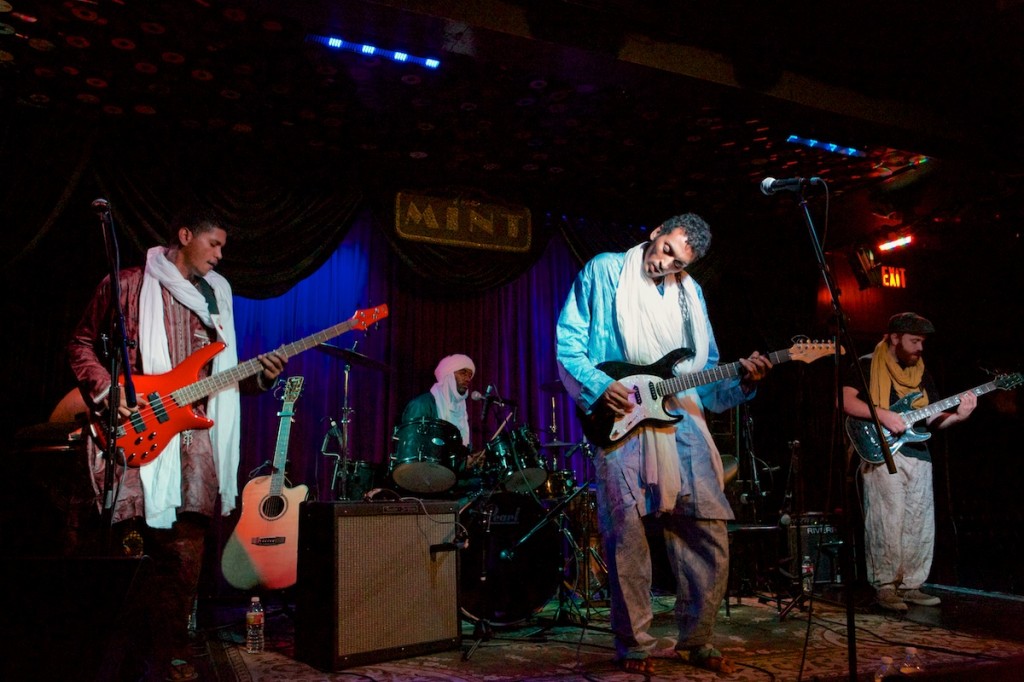 Bombino and band at The Mint

His Tuesday night performance at The Mint transformed the seen it all history of the place to a room of swaying bodies, meditative vistas and feverish jams. Beginning with a series of rolling acoustic pieces, Bombino would build upon an initial melody in waves that would come and go, yet always evolve. His acoustic guitar and vocals blending beautifully with two hand drums (one, a rather large globe sized gourd) and a second guitar. Tunes began loping and gentle, picking up in intensity, constantly moving under Bombino’s finger fed “picking”. I could practically see the stars in the northern Saharan sky. 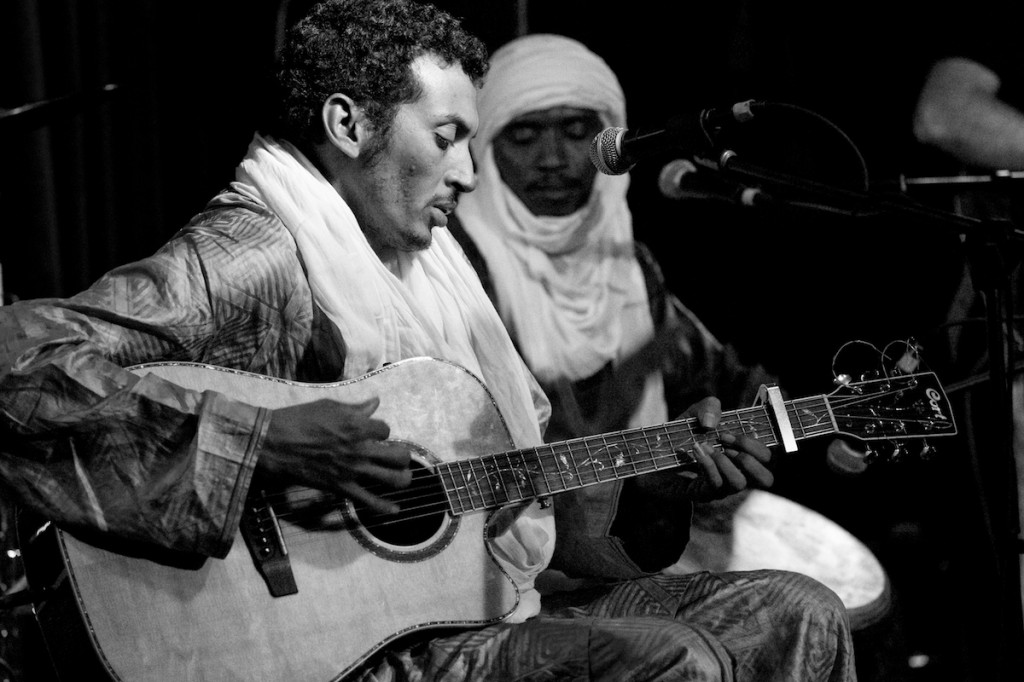 After four pieces, the band plugged in with a lead/rhythm/bass/drums format. The first tune flowed back and forth under Bombino’s melody, with flights of soloing that would float and merge. The next brought a darker shade with a 60s’ blues rock feel to the Tuareg sound. On subsequent numbers, Bombino’s western rock influences crept in and the energy went from elastic to ecstatic. One with a pulsing 6/8 feel reminiscent of “Déjà Vu” in warp drive, punctuated by stinging clusters of notes from Bombino, another with a pendulum swing of rhythm inseparable from the melody. As the set came to a close with “Tar Hani (My Love)” from “Agadez” it was impossible not to have some Tuareg in your soul. “Tar Hani”’s seductive guitar intro giving way to Bombino’s comforting and knowing vocals atop a totally bluesy and hypnotic undertow. The thrill of the night, however, had to be the jam rocky encore that fully unleashed Bombino’s Tele-toned fretwork with the entire band in stride. 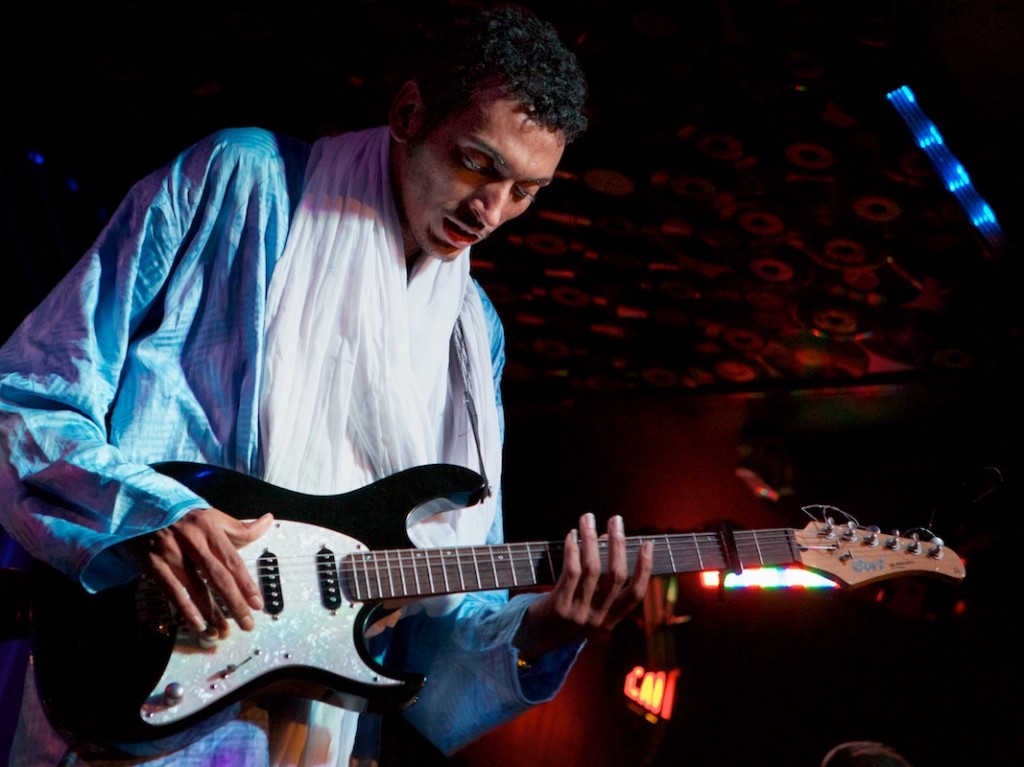 Bombino bringing a little higher consciousness to The Mint

This was a special night. A musical reminder of our own humanity, uniqueness and commonality. 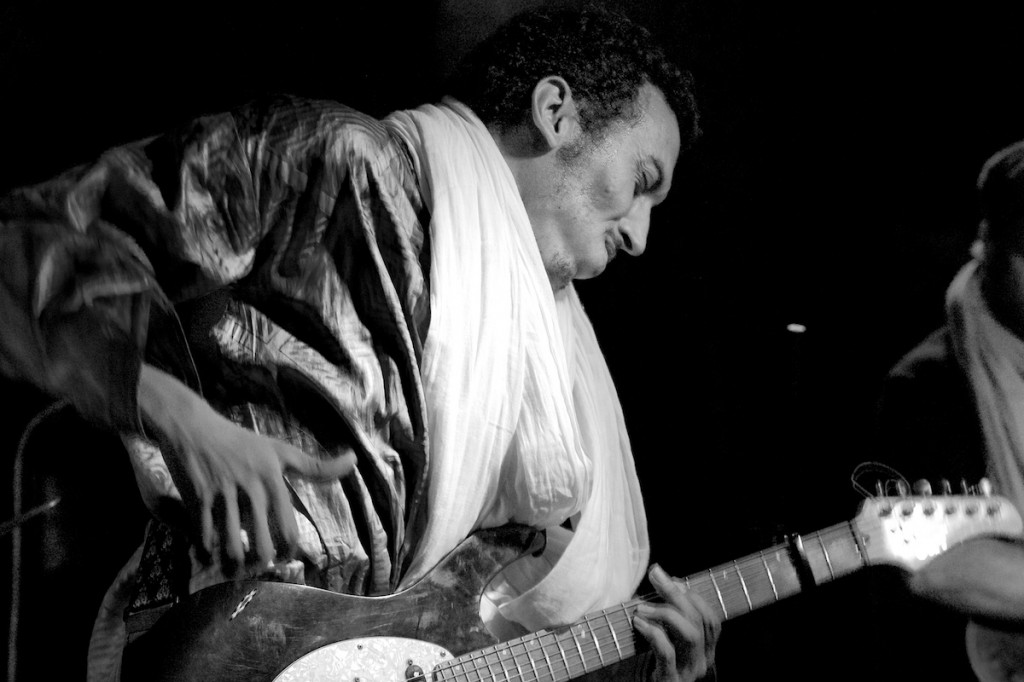 I was fortunate to connect with Bombino for a few pre-show questions with Wesley Hodges of LiveMusicBlog.com.  In it, Bombino speaks to the universality and cultural influence of his music, playing with Keith Richards and how his guitar is an extension of his body, like “another limb”. Check it out. 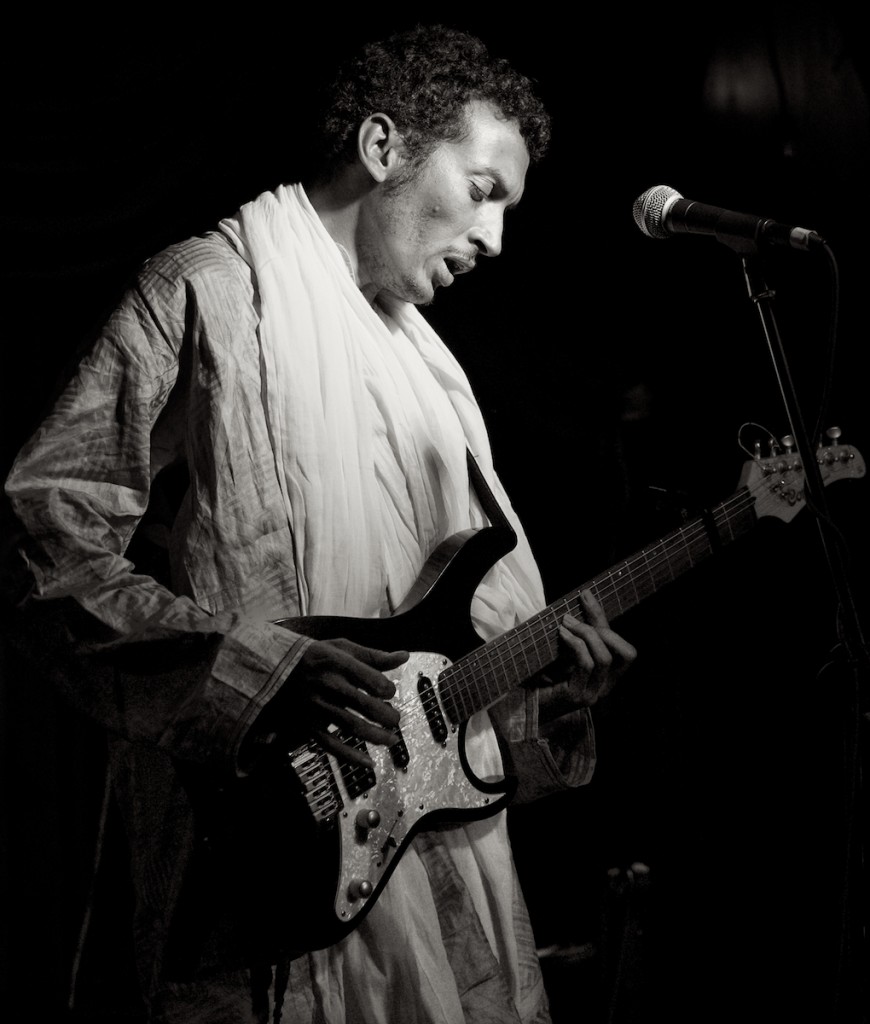 Bombino, one world is enough for all of us

For more on Bombino, please also see his official bio and website.