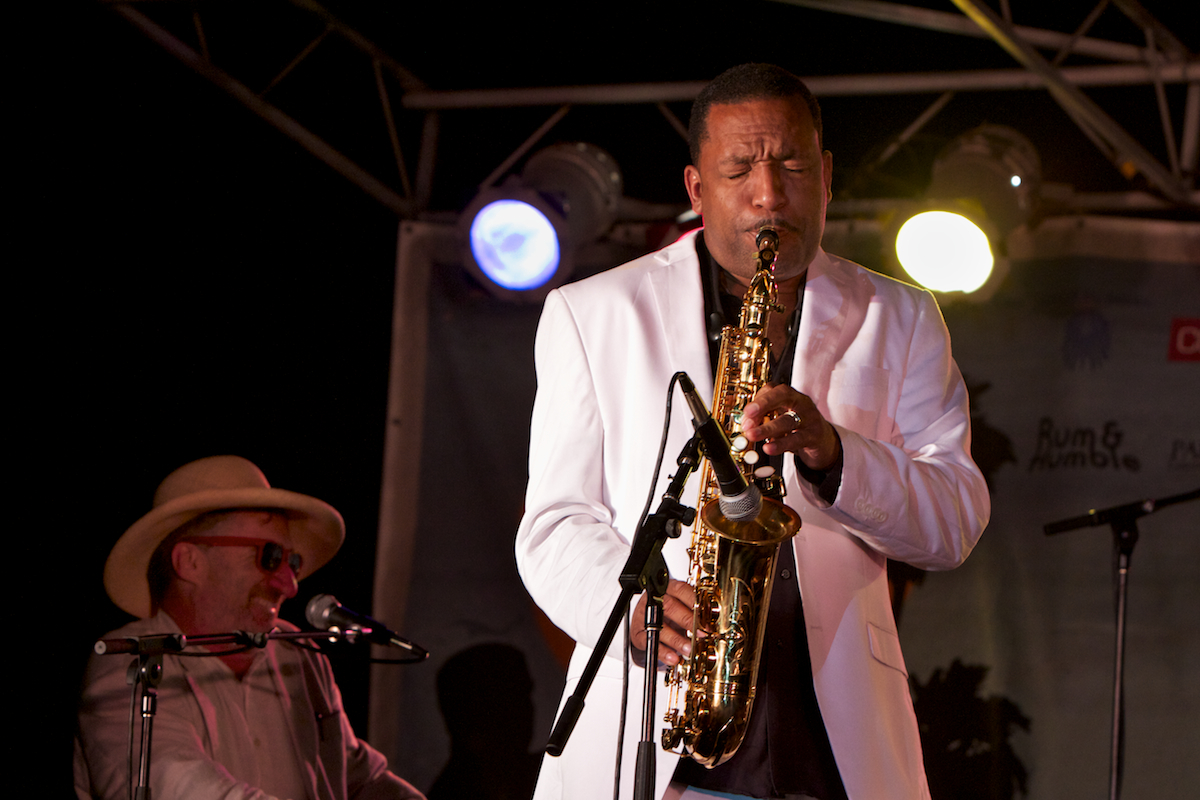 As a native Angelino, attendance at any of the Santa Monica Pier Twilight Dance Series performances truly is a rite of summer.  Gorgeous nights, ocean air, sand between your toes.  Hard to beat.  Despite a rap that Southern California indulges in the frivolous and expensive – 8 figure “homes”, 6 figure cars, $15 cocktails, every summer Los Angeles and environs offers abundant opps to hear great music for nothing from downtown to Hollywood to the beach, and we are spoiled for it.  2011 marks the Pier Twilight Dance Series’ 27th year and if the last performance is supposed to mean that summer is almost over, it’s so not true.  We all know SoCal doesn’t really bake until October while the rest of the country tastes the first chill of autumn and winter ahead.

I profess to only catching a few Pier shows the past few years, but could not miss Jon Cleary and his Philthy Phew (aka, Piano, Bass & Drums) with Donald Harrison’s Electric Band for the series closer on September 8th.  NOLA funk, meet Santa Monica mellow.

I’ve seen Donald Harrison, Jr. in many configurations at Jazzfest, be it in full Indian regalia or blowing straight ahead in the Jazz Tent, and was rather looking forward to what he would pull out with his electric band.  He took the stage dressed in a crisp white suit and black collared shirt as the warmth of the day lingered after sunset.  He wouldn’t have looked out of place in South Beach, either.  Unbeknownst to me, Harrison, Jr.’s Electric Band has found success on the smooth jazz charts, an idiom to which I am musically allergic, and when he introduced 2003’s “Tropic of Cool” with a crowd query of who listens to “The Wave”, I feared the worst (full disclosure – when the Mighty MET, KMET, went down, only to find the WAVE in its place, it was a day of radio mourning never to be forgotten).  I do not besmirch any performer for finding success wherever they can, especially one as supremely talented and integral to the lifeblood of contemporary New Orleans music and musicians, as Harrison, Jr., but my disappointment was rising.   This was a side of Harrison, Jr. where he is clearly comfortable, his sharp, twisting tenor right at home with the mainstream material. 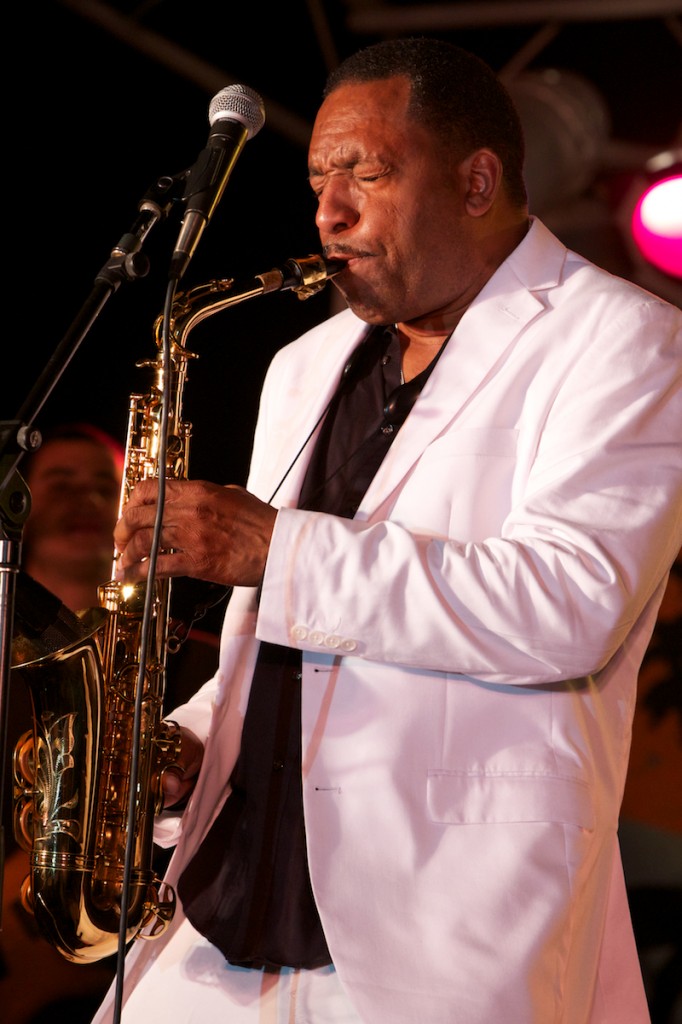 Backed by a band mixing NOLA vets and younger, powerhouse players, including Detroit Brooks (g), Max Moran (b), Joe Dyson (dr) and Zaccai Curtis (p), the tone soon shifted to the familiar New Orleans crowd pleasers that sprinkle so many sets these days – Aiko, Aiko, Cissy Strut, Hey Pocky Way and the inevitable Treme song and obligatory Saints.  These tunes are all feel good music, no doubt, and Harrison, Jr. wrapped his playing around their themes with precision and passion.  Detroit Brooks always plays with class, touch and soul and the rhythm section of Moran and Dyson embodies a powerful force of youth and experience.  Zaccai Curtis, who was showcased on several numbers, stretched out amply and concisely, climbing and resolving his solos with fiery satisfaction, leaving my ears begging for “please sir, may I have some more” (no surprise to find him on Christian Scott’s Rewind That, one of my favorite jazz releases of the past 5 years).  The Donald was all smiles, all night (when isn’t he), clearly having a good time throughout.  Me, love the beach, but I’ll take the Jazz Tent any time. 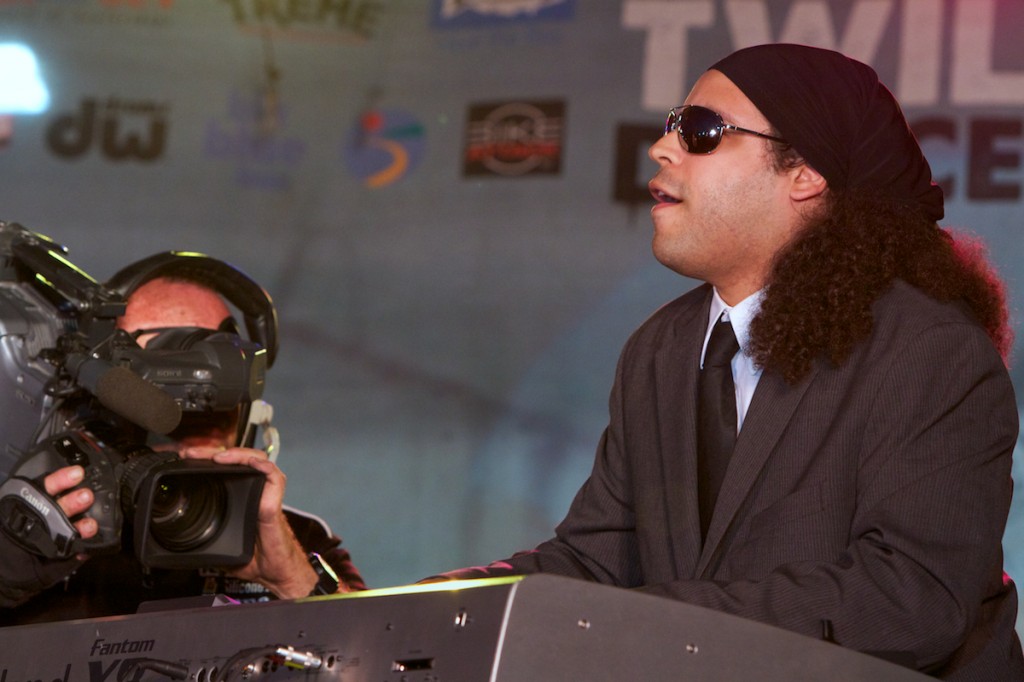 Zaccai Curtis, up close and personal

Enter Jon Cleary and those Phew (wildly famous Treme actor and bass/sousaphone player extraordinaire, Matt Perrine, and Doug Belote on drums), and mellow got seriously funked up.  Cleary has been working with the trio format for a while and it suits his barrelhouse style to a tee.  Didn’t take long for Cleary to be schooling the crowd on Professor Longhair, and that was well before he launched into a rollicking version of Tipitina (now that’s one I never get tired of hearing).  “Help Me Somebody” from 1999’s Moonburn, put Cleary’s blue-eyed soul sound on full display early in the set and the as yet to be recorded “Bringing Back the Home” was dedicated to the people of NOLA and the gift of New Orleans music to the world.  Got the message, he can be the messenger, anytime. 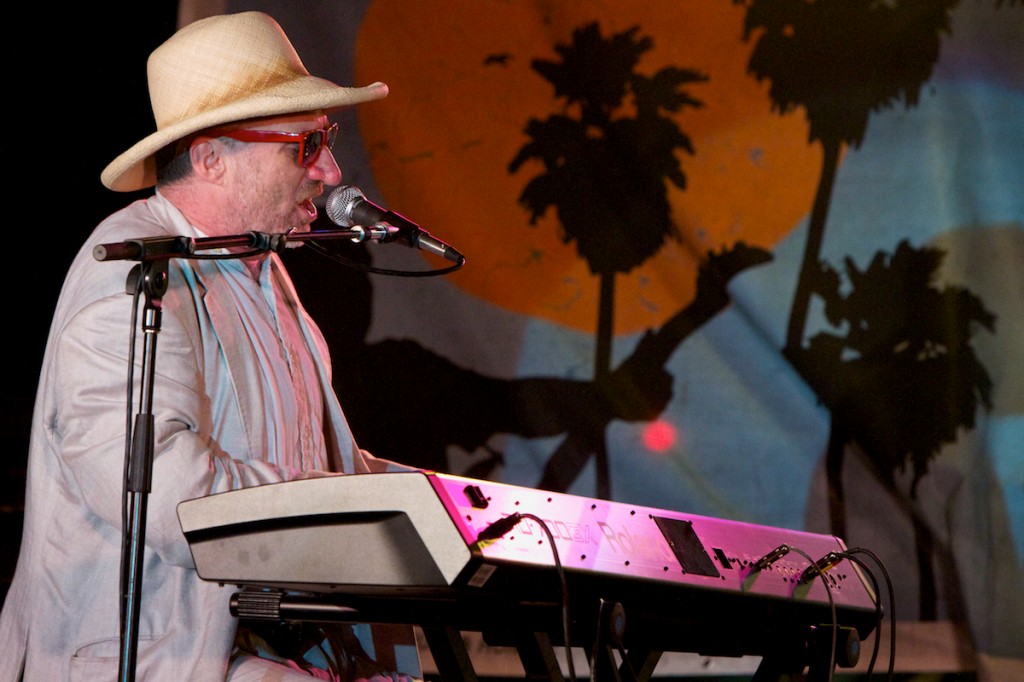 Jon Cleary, schooling us with feeling

The stage was warmed, the mellow vibe more energized and then it got really philthy.  Not quite hide the women and children philthy, but not far from it, either.  From a B-flat shuffle to churchy influenced chunks of joy, Cleary relished each and every tune, even managing to get these denizens of the beach to feel a little Mardi Gras in their bones.  The R&B groove of his soulful nature really shined on “When You Get Back” from 2002’s Jon Cleary & the Absolute Monster Gentlemen, especially when his solo took flight Caribbean style – a beautiful sound, indeed.  With more homage to the Professor on “Go to the Mardi Gras” (featured on 2008’s live Mo Hippa recording), Donald Harrison, Jr. joined the Phew and you could hear Frenchmen calling.  With further nods to Earl King and Jellyroll Morton, the healthy set moved from heartbreak to history to straight up, grab your ass messy, syncopated funk.  Cleary’s take on Little Richard’s “I Can’t Believe You Want to Leave” even left me wondering if the Beatles may not have copped a little for “Oh, Darling”.

As the set ended and Angelinos scattered for another summer, I reflected on the musical legacy of the great city of New Orleans and an unlikely British minstrel spreading the word of Professor Longhair.  Crazy World, huh.  Just don’t call it another day at the beach, or I’ll have to smack ya philthy. 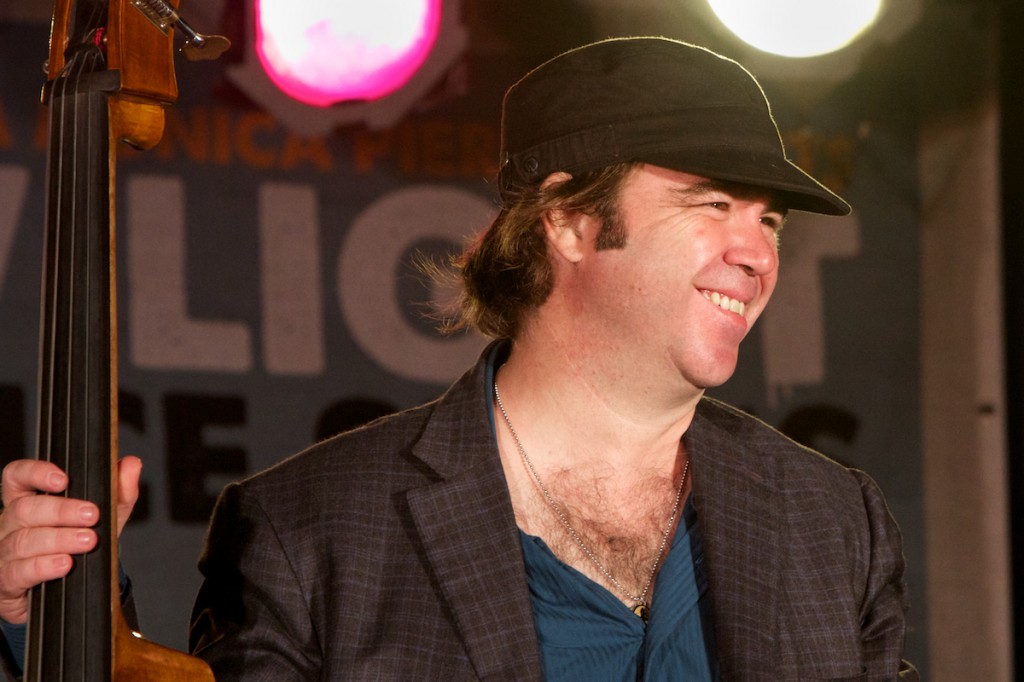