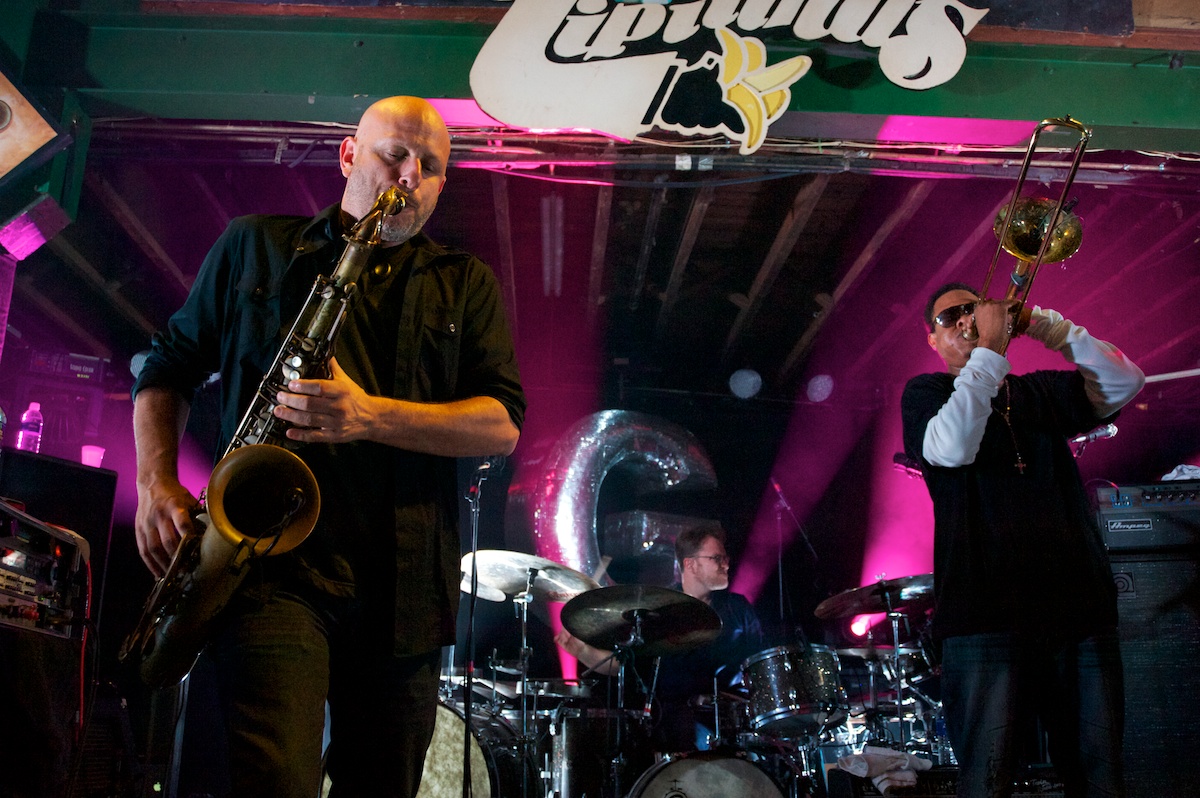 Bill Graham spoiled me. The man knew how to throw a New Year’s party. 4-5 hours of cosmic Dead jams, epic substance abuse and 6,000 or so of my newest friends. The calendar would turn, Uncle Bobo would descend, Sugar Mag would kick in and all was right with the world. OK, so that was 30 years ago. Still, that ecstatic pull set a high bar few 12/31s have matched since. These days when milestones are counted in decades, New Year’s is often kept in quieter company and places, and indulgence swapped for reflection. But damn, the echo still haunts and the spirit craves a hit that only a hard wired all night jam or funk groove can provide. Add a few hundred people (or thousands or multiples thereof) primed to kick last year in the ass and anything’s possible. Call me a seeker. 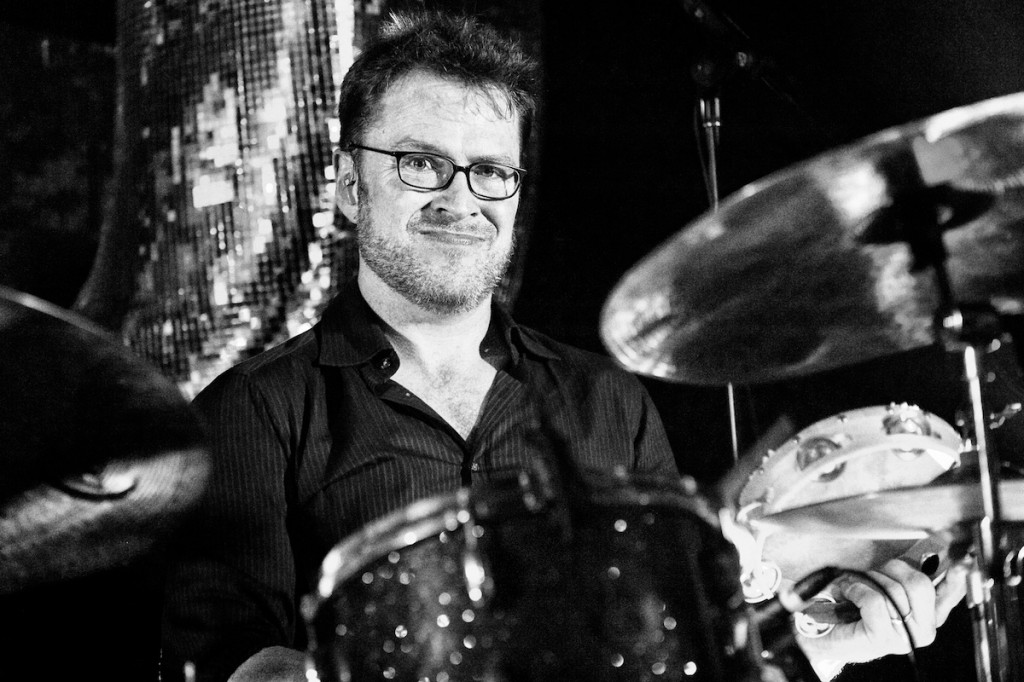 Such was my latest NOLA pilgrimage that landed me at Tip’s in the waning hours of 2011 for Galactic’s annual year-end bash. With Eric Lindell’s Trio opening and billed guests including Anders Osborne, Corey Henry from Rebirth and Corey Glover of Living Colour (both Coreys vets of the last Galactic tour), prospects for New Year’s salvation seemed reasonable. Galactic’s newest release “Carnivale Electricos” is described by the band’s web site as a “carnival record that evokes the electric atmosphere of … whole cities – vibrating together all on the same day”.  Sounds pretty 3 AMy to me. Throw Anders Osborne and Lindell into the mix and confidence was high going in. 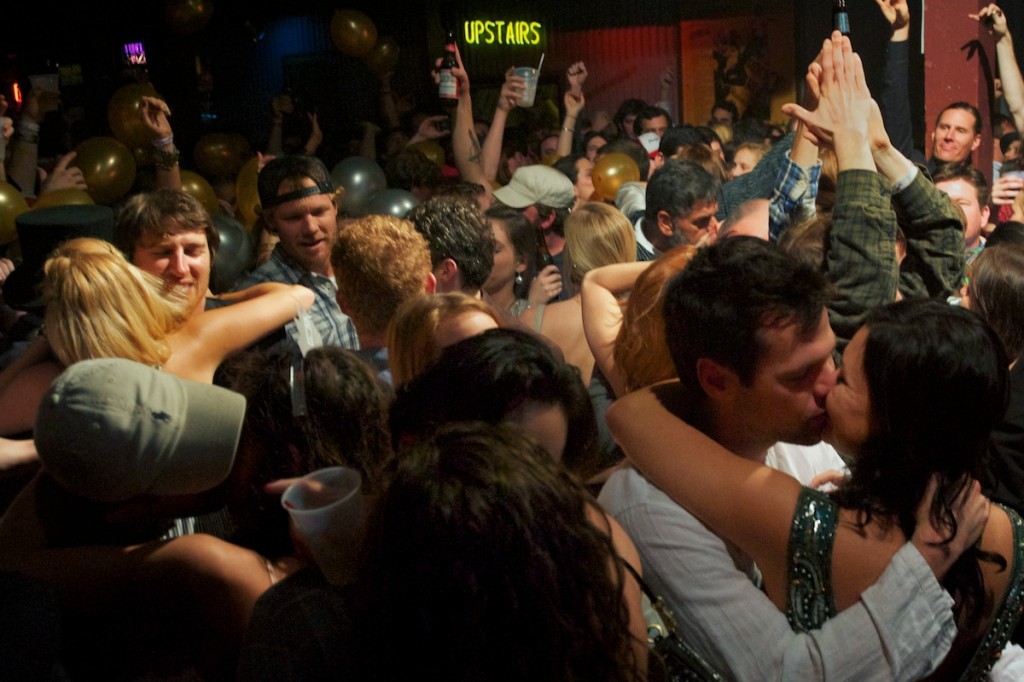 Lindell’s trio delivered a healthy solid set to get the room closer to midnight. Spirits were high as the last hour of 2011 approached and the crowd was appropriately exuberant (deliberate choice of words).  Galactic landed with “Boban” (from the 2011 release, The Other Side of Midnight:Live From New Orleans) and didn’t let up from there, in what turned out to be the first of (count ‘em) 3 sets.  “Hey Na Na” from “Carnivale Electricos” cranked up the energy a little before midnight when we all reverted to the timelessness of Auld Lang Syne because we could and that’s what you do. 2012 was inaugurated with Lindell joining Galactic to romp through Steve Miller’s “Jet Airliner”, a killer cover that gets better each time Lindell busts it out. Other first set highlights had Corey Glover working the crowd into a lather (and in an argyle sweater vest, no less) with “Heart of Steel” (from 2010’s “Ya-Ka-May) and Stanton Moore elevating for the first time in the show. 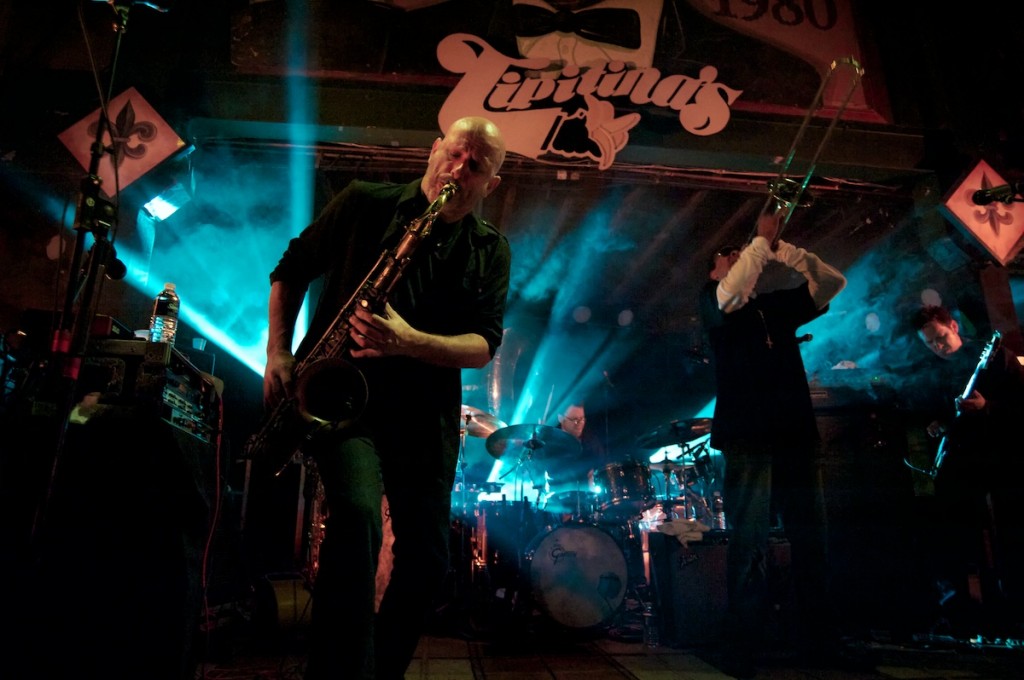 Announced guest Anders Osborne went straight for “Darkness at the Bottom” (from his 2010 American Patchwork release) to start Set 2, one of my favorite rip your soul open Osborne tunes. Jonny Sansone joined Anders with just plain nasty harmonica turns on his own “The Lord is Waiting and the Devil Is Too” (from the 2011 release of the same name). Anders and Sansone stuck around to cover “Who Took the Happiness” (featured on Moore’s 2008 release, Take It to the Street) to wrap up a killer set within a set. Much of the second set featured Corey Glover, but the band really had me with a loose and frenzied “Manic Depression”. Ben Ellman moving from baritone to ballsy harp wasn’t too shabby either. 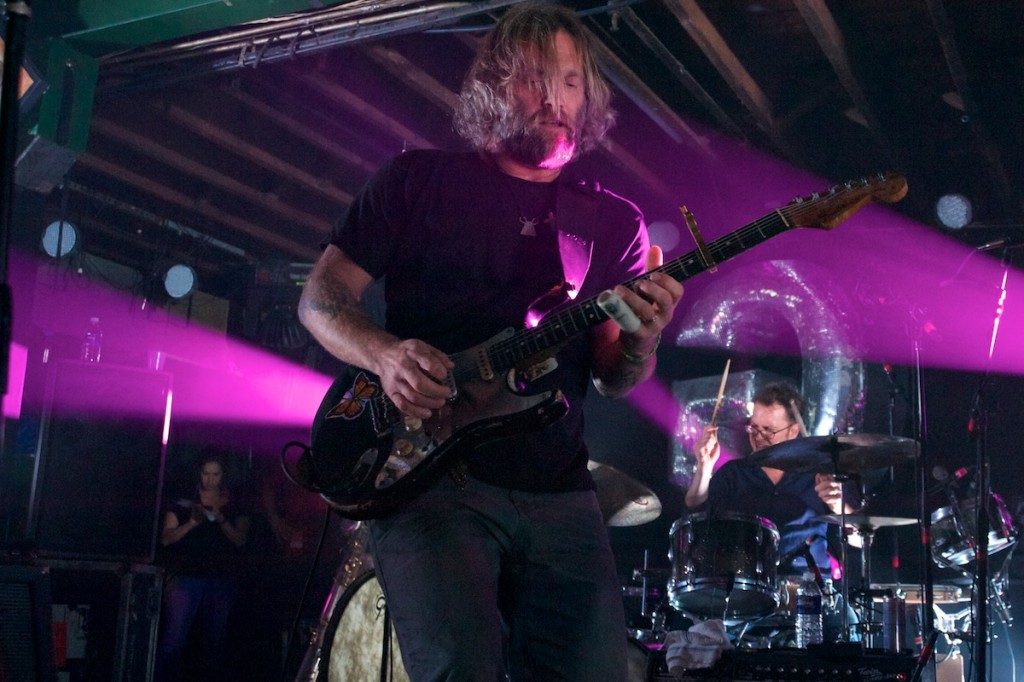 With just enough in the tank to start the third set, I profess to not making it all the way to the end, but an appropriately funky cover of Lee Dorsey’s/Allen Touissant’s “Night People” and the Arabian-brass-prog-metal tinged flavor of “Garbage Truck”(from The Other Side of Midnight) were perfectly suited for the hour. Somewhere along the way Corey Henry stepped into the crowd and climbed atop the bar never missing a note. Exhausted, satiated, I left Tip’s past 3, ready to take on a new year. Spiritual awakening, nah. Uplift, hell yeah. That’s good enough for me. Think I’m ready to kick some 2012 ass now. 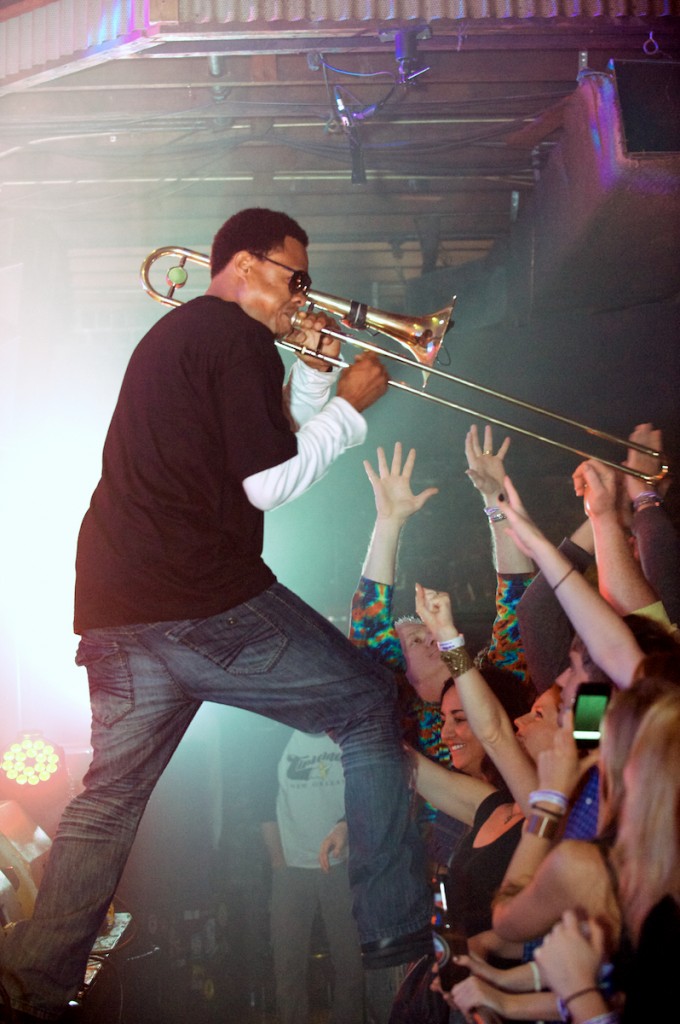