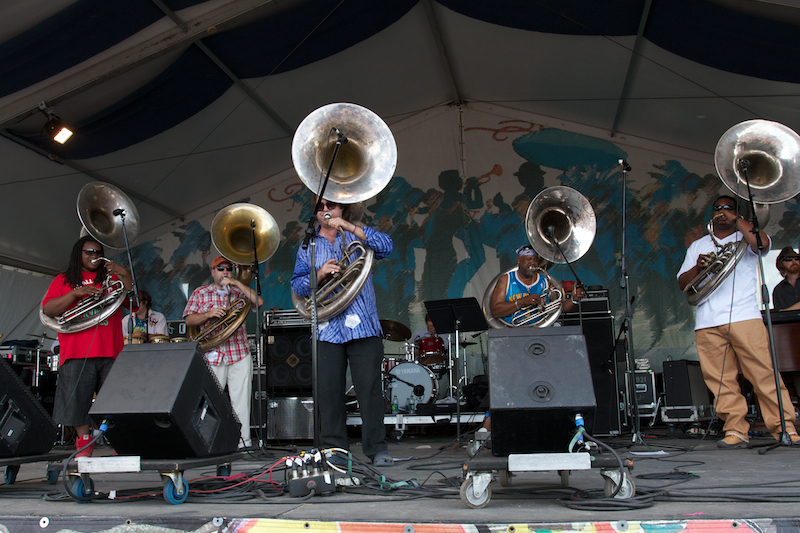 Jazzfest 2011 is in the books.  Weekend 2 brought the it could only happen here bag of familiar closers (Jimmy Buffet, the Nevilles, et al), epic sonics (Arcade Fire, Wilco), roots, (not so) alt-country and blues (Lucinda Williams, Greg Allman, Willie Nelson), mind-bending bills (Trombone Shorty>The Strokes), sentimental moments (Rads farewell, Christian Scott proposing in the middle of his set), jazz giants (Sonny Rollins) and local and regional artists who have been, and always will be, the heartbeat of the Fest.  The lack of a jam band closer seemed to go unnoticed, supplanted by an edgier, “indie” orientation – an eclectic mix even by Fest standards.  “Only at Jazzfest could….” 50/60-somethings leave their front row seat for Robert Randolph and the Family Band to catch Kid Rock. 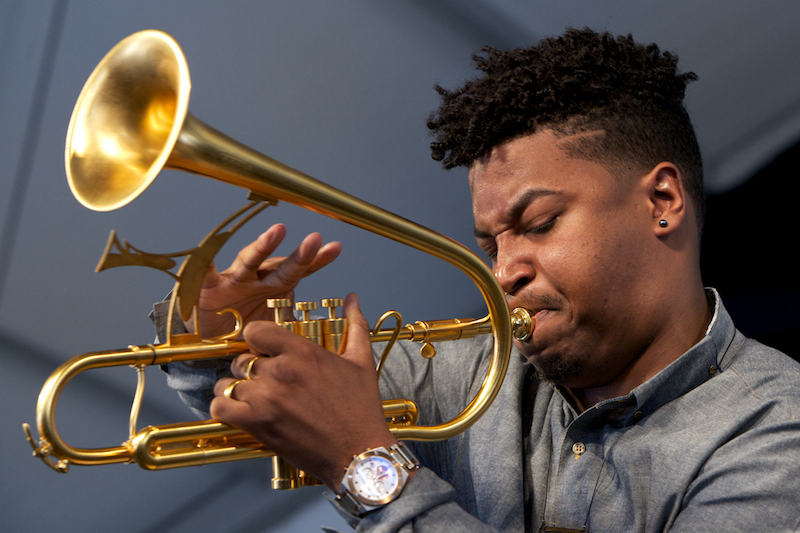 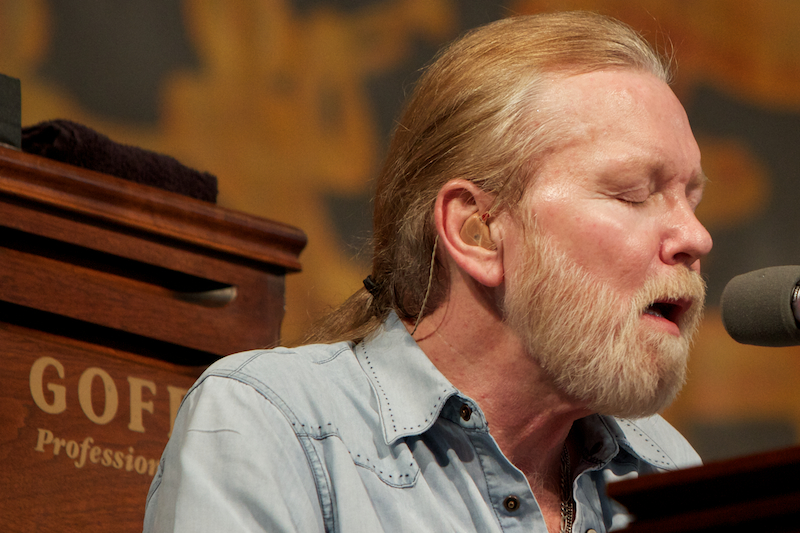 The weather cooperated to the point of being freaky.  Not a drop of rain all seven days, temps warm to warmer, but not scorching.  As always, the food will take a year to work off and worth it.

Whether at the Fairgrounds or night shows, I couldn’t split myself in half.  Simply too much good stuff to go around. 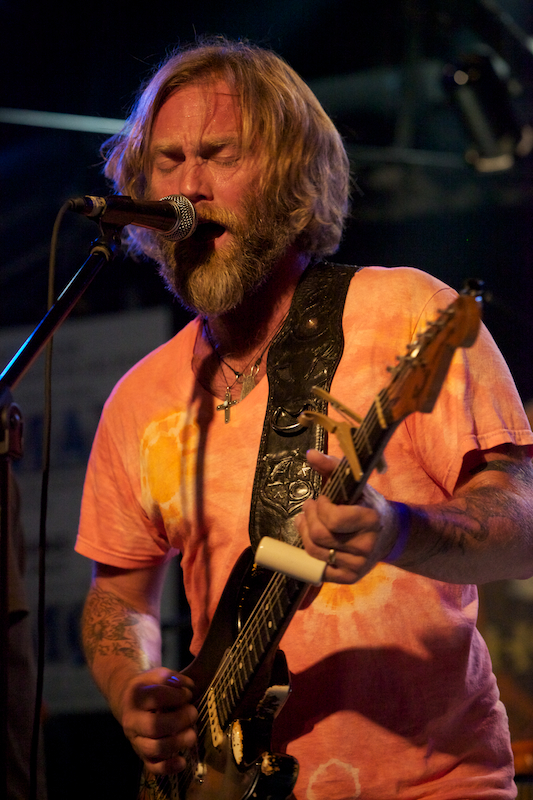 Most of my time shooting circled the Jazz and Blues Tents, and unexpectedly (or not), the moments I took away most from this second weekend, both personally and as a photographer, were provided by the New Orleans musicians and artists I’ve covered/attended many times over.  Sure, Henry Butler, Sonny Landreth and Robert Randolph tore up the Blues Tent on Sunday, and Aaron Neville’s Amazing Grace brought church to the Acura crowd as the sun went down.  But the stage debut of Nine Lives during the week, and songs transformed by the Rolling Road Show at the Fest were something so big, you had to step back, smile and cry a little.  There seems to be new meaning and new power in New Orleans.  Rebuild, renew, that’s what people do, indeed. 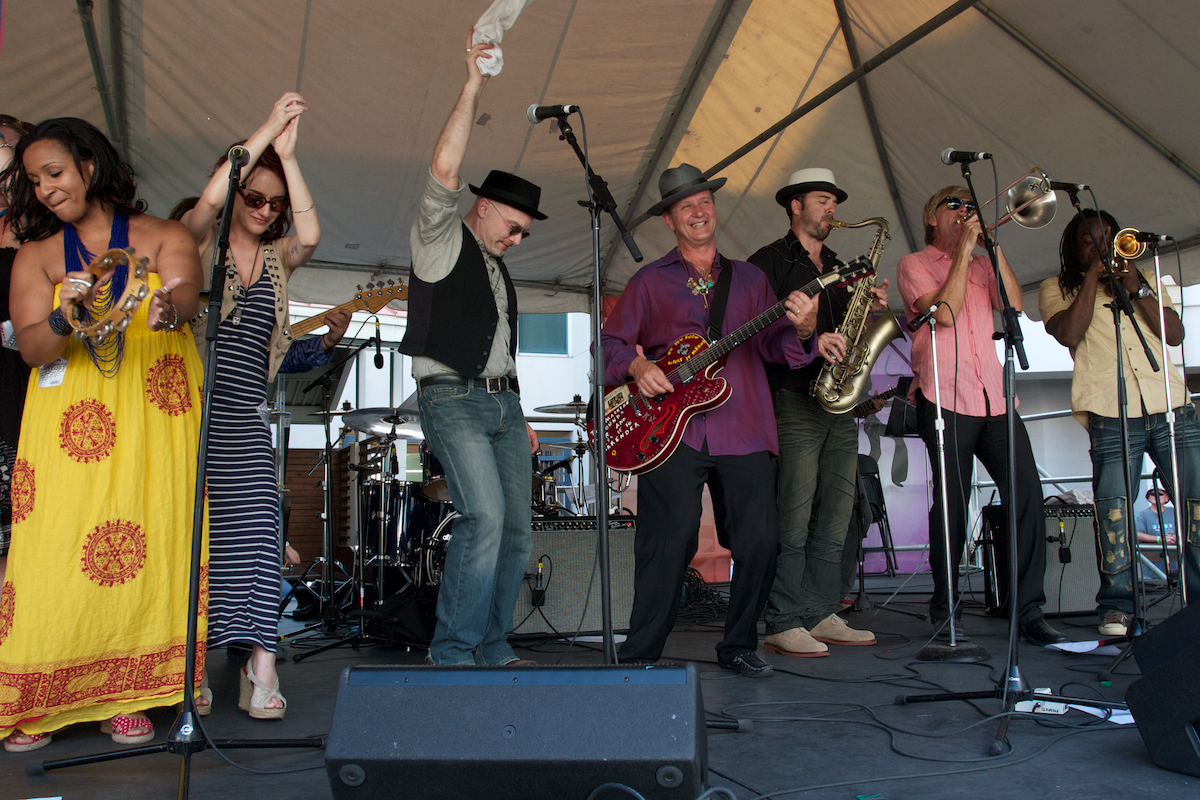 Paul Sanchez and the Rolling Road Show, Lagniappe Stage, May 7, 2011 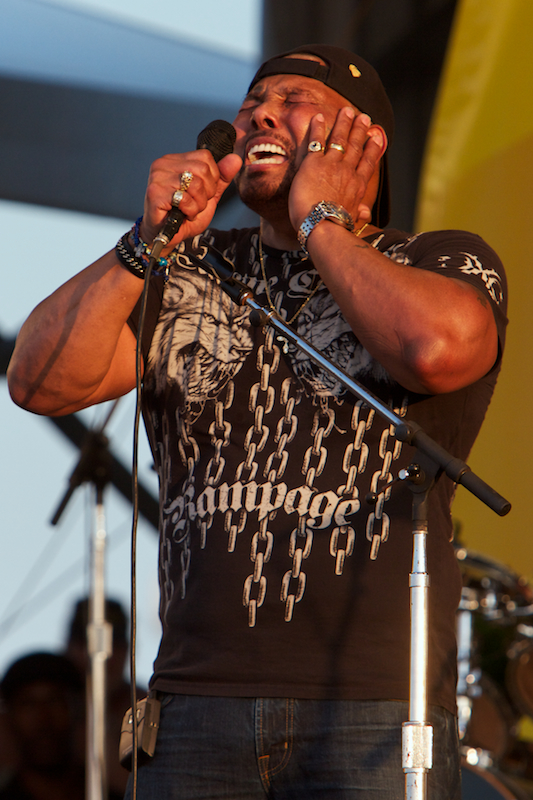