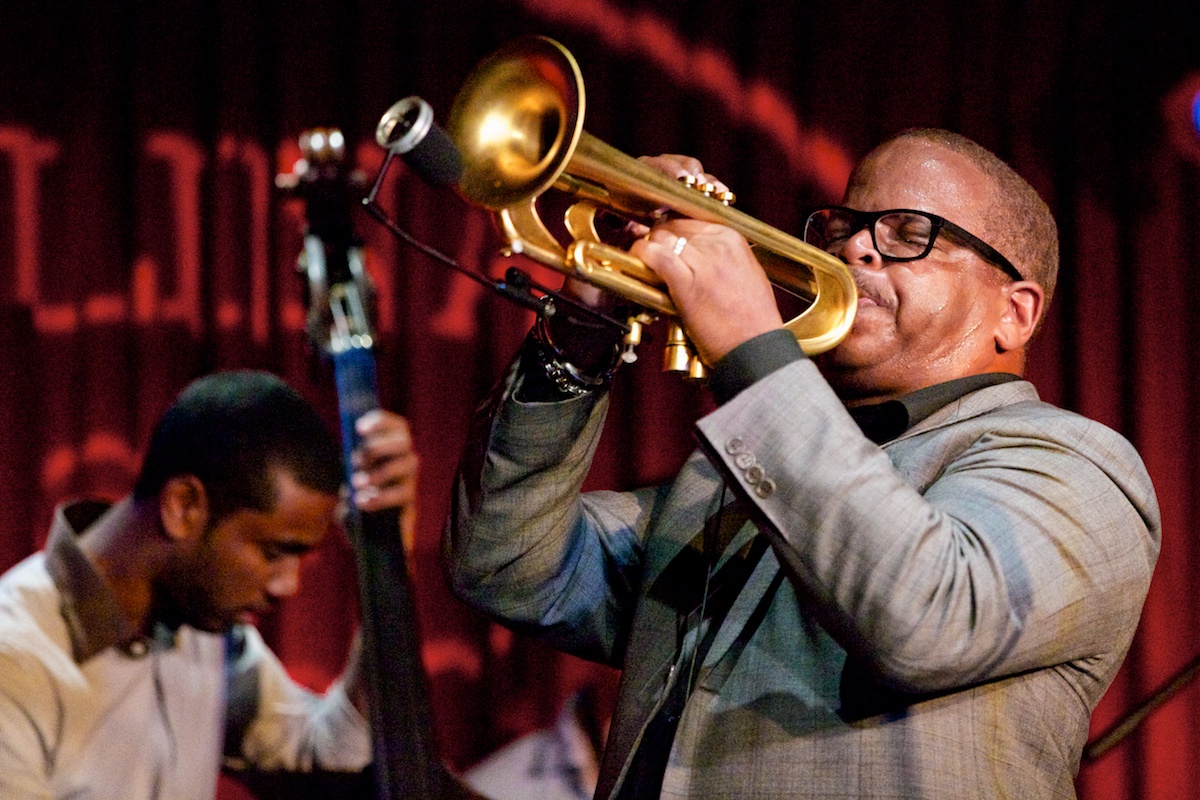 There are few musicians I can point to more visually evocative than Terence Blanchard (and I’m not just talking about his 20+ year filmography). Blanchard paints fully expressed textures with sound, creating jazz that is emotive, vibrant and at times, startlingly beautiful. I literally see what he’s playing. Then again, I may just have a vivid imagination. 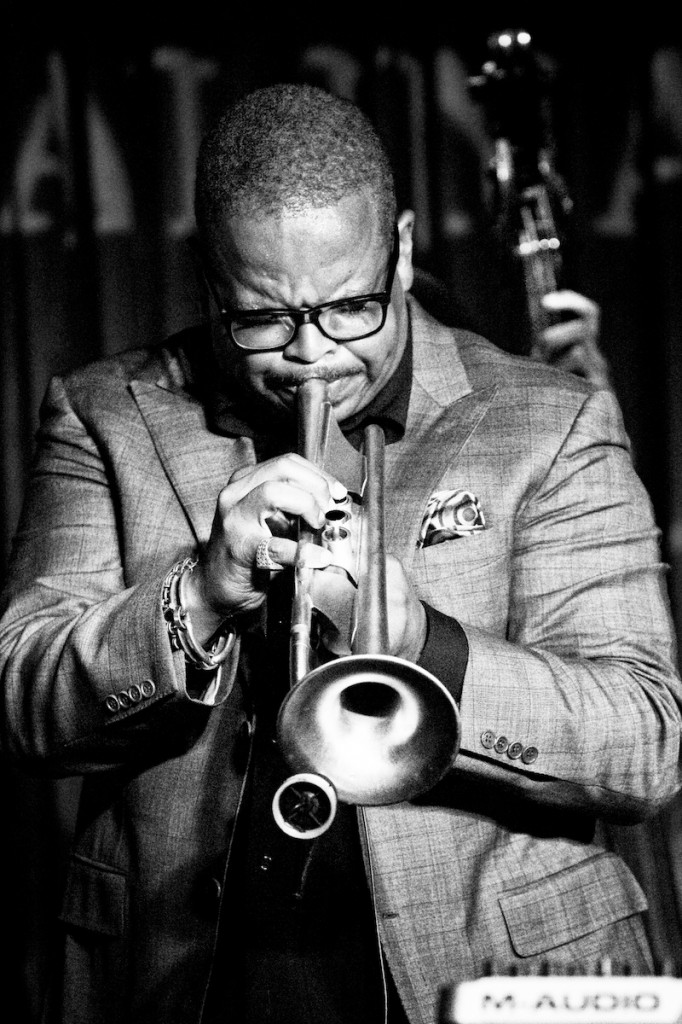 Like many, I was first introduced to Blanchard’s work through his Spike Lee scores and his reputation as yet another anointed young lion of the horn. As my relationship with New Orleans music grew to near obsession, so did my affection for Blanchard and I never miss an opportunity to catch him when I can. His connection with his hometown courses through his work. Not just his score to “When the Levees Broke”, or his Grammy winning “A Tale of God’s Will (Requiem for Katrina)”, but in absorbing the richness, emotion and soul of the place often referred to as the birthplace of jazz. Blanchard is not a formal traditionalist that dwells in the past. He makes new music out of old roots. While New Orleans is in his bones and always will be, it is not expressed in the obvious. It also doesn’t hurt that he is one the coolest and nicest cats I’ve met as a photographer. Case in point – before the start of the evening’s second set, Blanchard was hanging with friends and fans in the middle of the room, chatting, getting his picture taken and signing CDs. No airs and friendly as all get out. 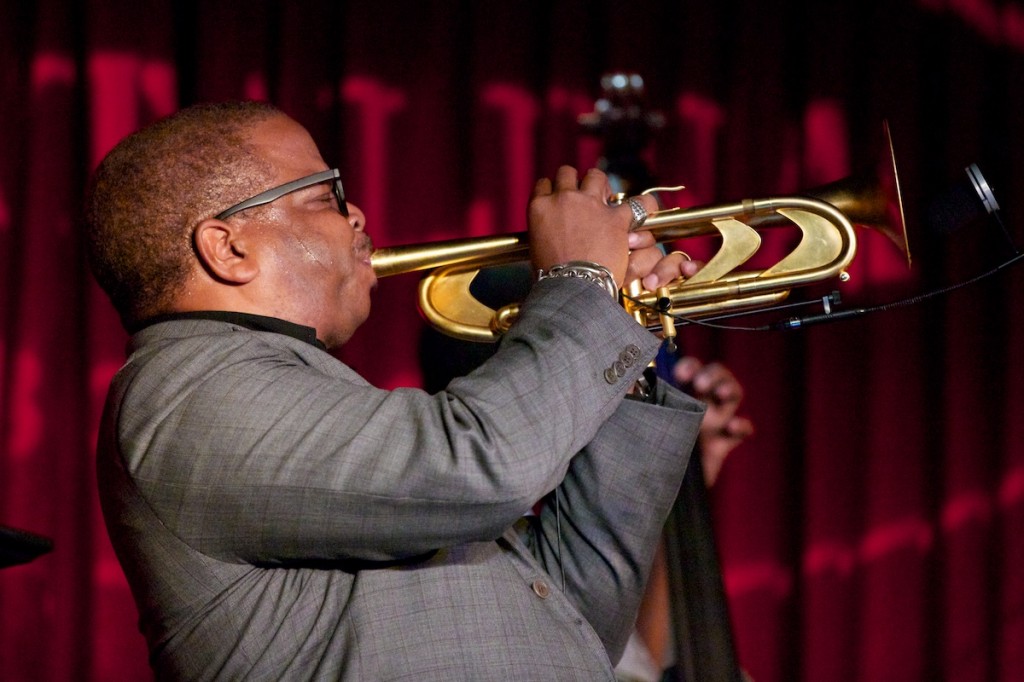 Blanchard’s live performances are best appreciated with attention and openness. All the traditional dynamics of great ensembles are present. Generous compositional give and take between players, the influence or arrangements of just the right standards, interplay that meshes and solos that take flight and always find their way back. And of course, stellar musicianship from gifted and younger players. 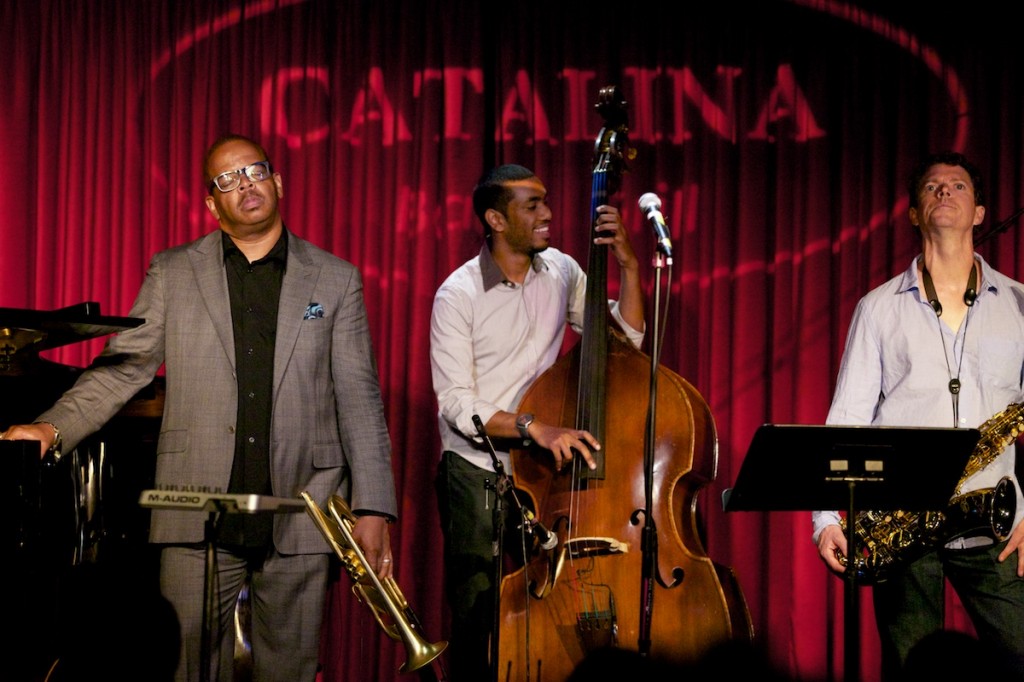 Accompanied by Brice Winston on sax, Fabian Almazan on piano, 20-year old Joshua Crumbly on bass and drummer Justin Brown, the quintet opened with Winston’s “Time to Spare” (from 2010’s, “Introducing Brice Winston”). Winston is a formidable tenor player already performing to a full Jazz Tent at the New Orleans Jazz and Heritage Festival (and at next month’s Monterey Jazz Festival) and has a great chemistry with Blanchard that goes back some 10 years. He briefly set the theme, straight ahead with quick corners, before Brown jumped in and the quintet ran with it. True to form, Blanchard moved off stage as the five became three, Winston reached down for the little more that seems to come so naturally in a later set. 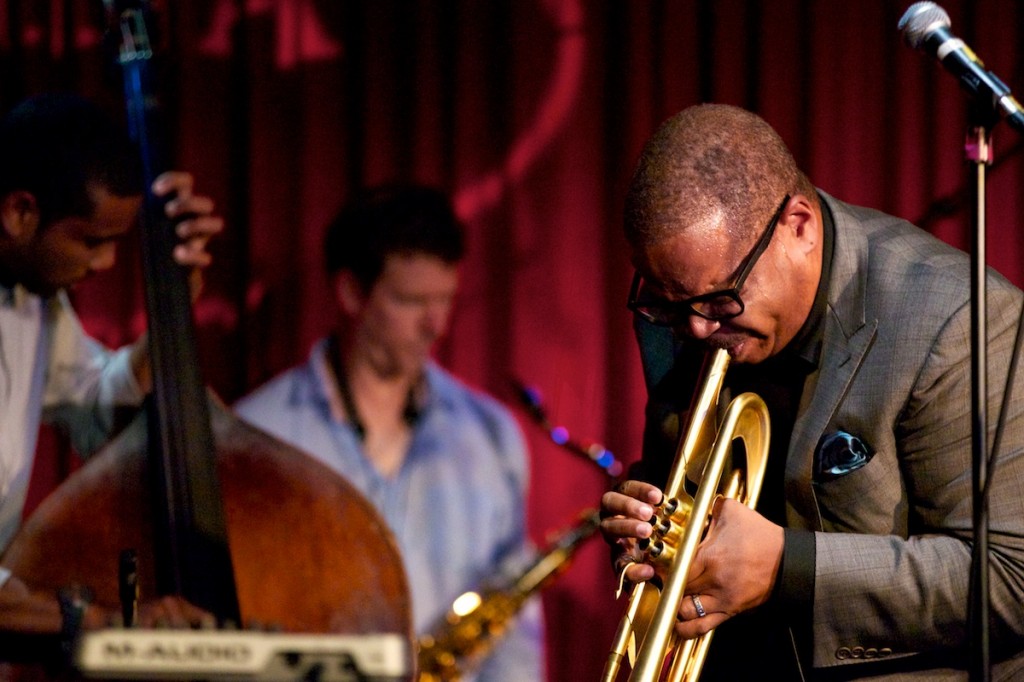 The recorded spoken word intro to “Choices” (from Blanchard’s 2009 album of the same name) was a prelude to a composition that took him into reverb and octave dividing effects and explorations (almost reminiscent of Pat Metheny’s more orchestral synth voicings).  More importantly, the music and words served as tableaus for the other. Blanchard’s horn seemed to prod the listener into soul searching the power of choices, of “what kind of human being are you going to be”. The dialogue that grew between Blanchard and Winston was truly gorgeous with Blanchard’s tone full and deep and introspective and Winston’s phrasing fiery and questioning. 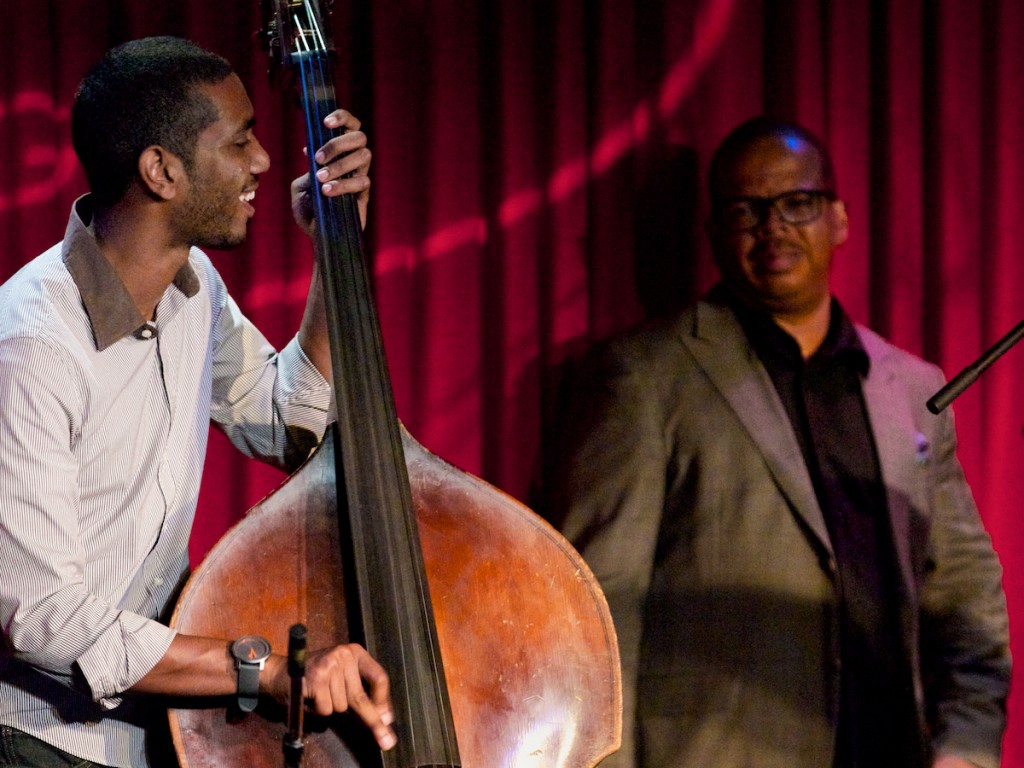 Joshua Crumbly, all of 20, as Terence Blanchard looks on

Blanchard prefaced his band introduction by underscoring that “young musicians are the future of this music” and like so many great band leaders before him, Blanchard has provided a platform for truly amazing next generational talent. Look no further than bassist Joshua Crumbly, who Blanchard chided was not even through college yet. 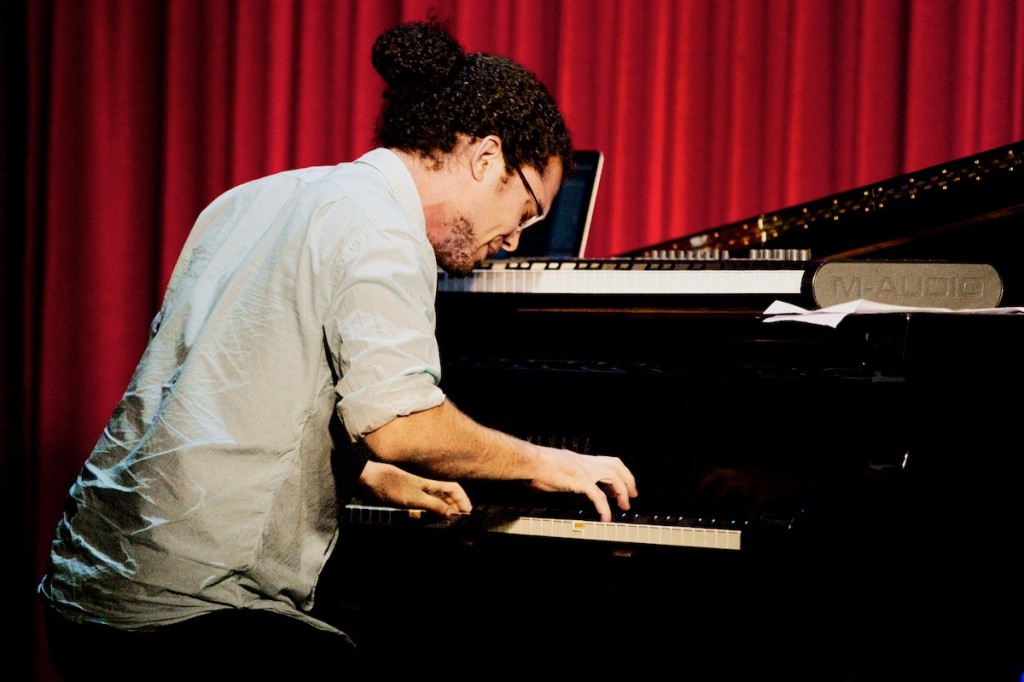 The Kendrick Scott composition “Touched by an Angel” (also from “Choices”) followed (Scott is Blanchard’s regular drummer, but Justin Brown, who usually plays with trumpeter Ambrose Akinmusire, has the seat for now). Fabian Almazan’s solo moments on the piece stood out as well as his playing when Blanchard and Winston ceded to a p/b/d trio. Almazan’s left and right hands climbing and falling together, trilling in sync and almost introducing classical elements along the way. “Pet Step Sitters Theme Song”, written for Almazan’s mother when the economy went south, swung and grooved, a fine launchpad for all the players. The set wrapped with Blanchard’s “Bounce” (from the 2003 album of the same name), the most NOLA inflected tune of the set and an appropriate coda to the evening. 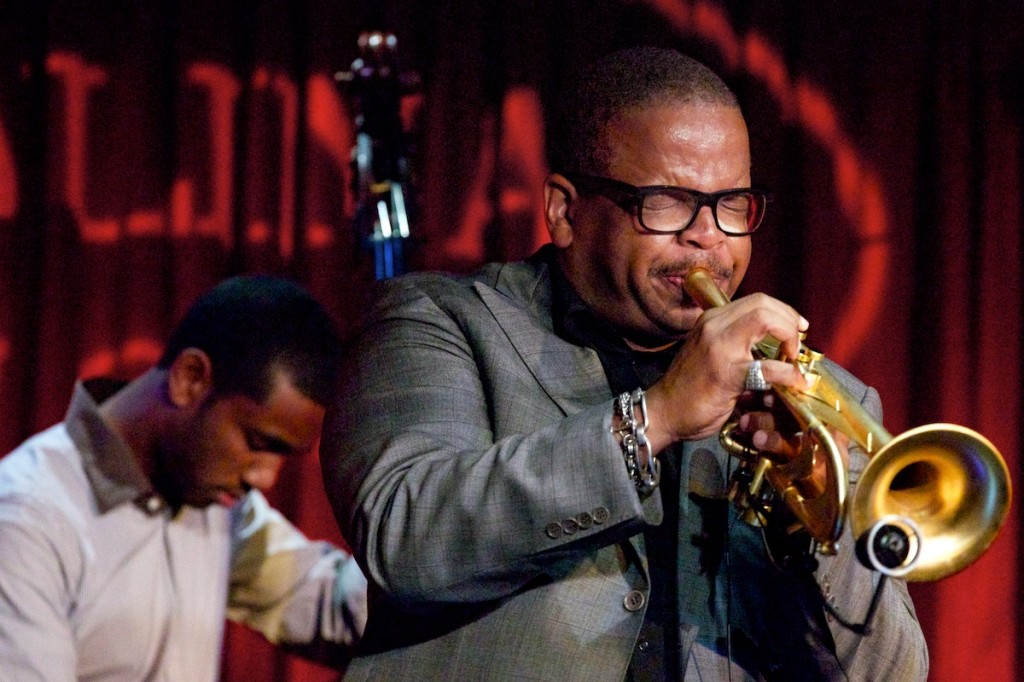 “Sounds that get to the truth of who we are”. Words from the “Choices” prelude that also describe what Terence Blanchard does better than so many. This is jazz that moves in the inner sense of the word. Jazz that makes you feel, as much as it makes you think. Much, much respect for this quintet. And if I just close my eyes, I can almost see the notes. 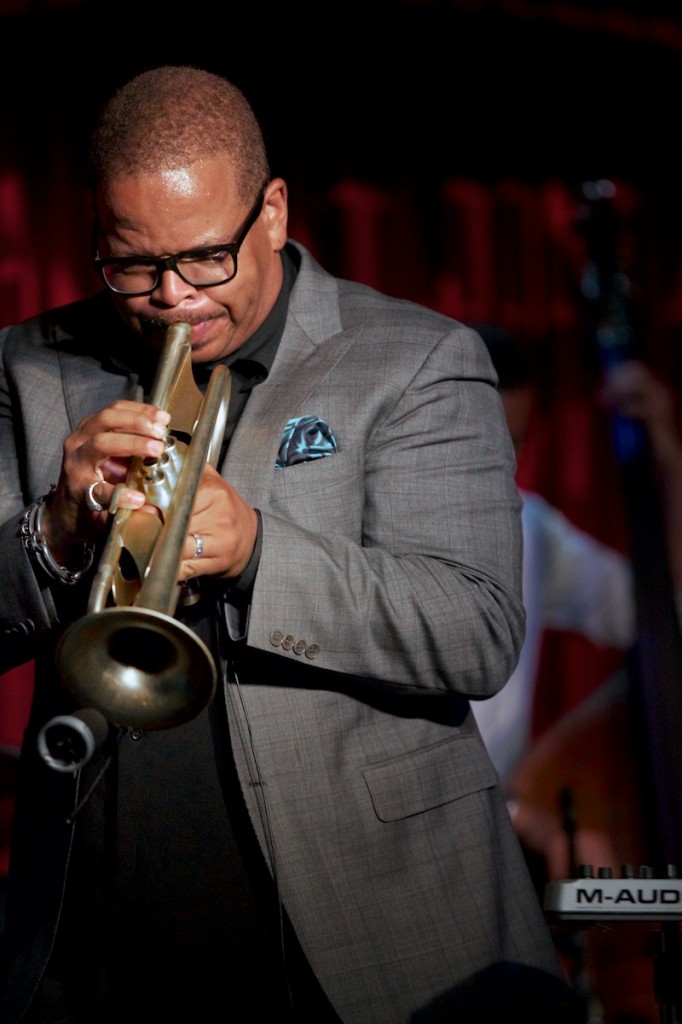 Terence Blanchard, jazz you can see and feel

The Revivalists, The Mint
Scroll to top