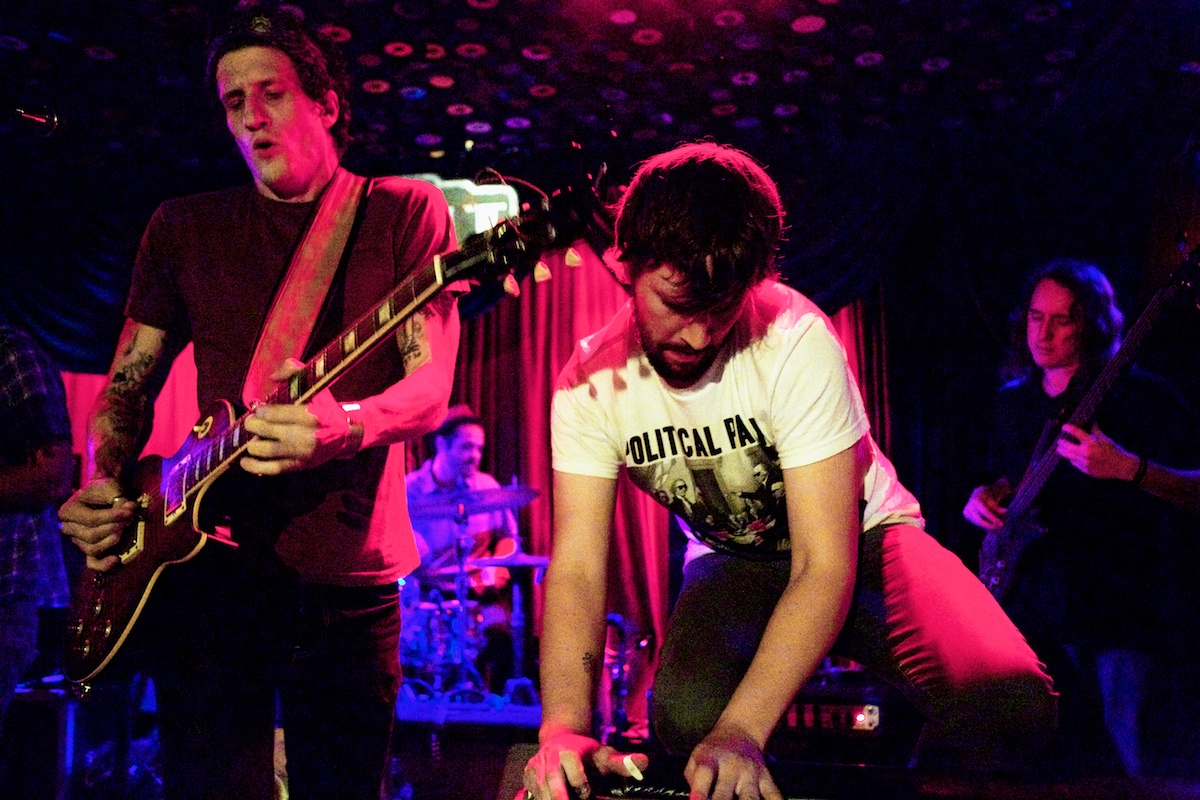 Jazz Fest’s surprise moments can happen any time. One of mine came this year when The Revivalists kicked off the Fest from the Gentilly stage before noon on the opening Friday. While the band has played the Fest the past few years, I was in the dark until that set. Familiar to many native Orleaneans and carving a broader audience through touring in support of acts such as Dr. John, Trombone Shorty and Galactic (and in the next few weeks, Gov’t. Mule), their Fest set was passionate, captivating, and raised the bar early for one of the better Fests ever. Led by guitarist/vocalist David Shaw, the band puts Ed Williams blazing pedal steel right up front with horns, keys and a committed rhythm section to deliver what the esteemed David Fricke dubbed “a Crescent City-rhythm spin on jam-band jubilee”.  To my ear, this is soul-jam influenced rock from New Orleans, with the New Orleans influences taking more of a back seat to driving and occasionally chimey guitars, Shaw’s growl and an undeniable we came to play stage presence (Shaw’s off stage forays and Williams overtopping his pedal steel were sweet spot material for this photographer). 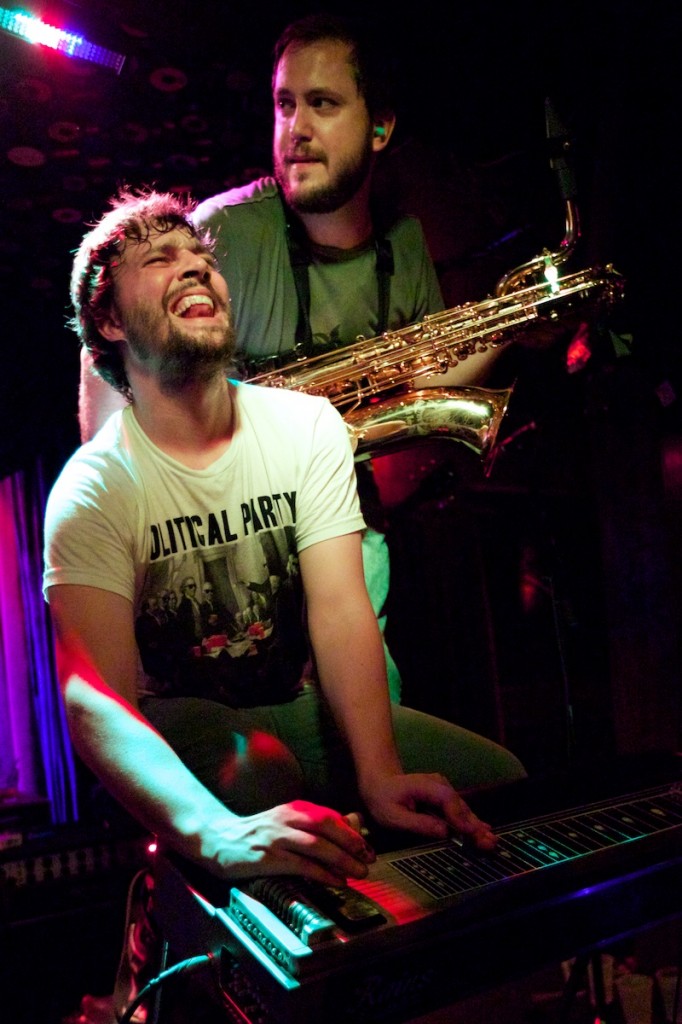 Ed Williams and Rob Ingraham of The Revivalists

The Revivalists found each other in 2007 and have three CDs under their belt – their eponymous debut EP from 2008, 2010’s “Vital Signs” and this year’s “City of Sound”, which was produced by Ben Ellman of Galactic and mixed by Count (aka, Michael Eldridge), who’s worked with the Stones, Radiohead, Pink, No Doubt, as well as Galactic and Trombone Shorty.  Their Mint date is part of a September swing through California and Nevada and I was curious how their Gentilly size presence would fit the room. 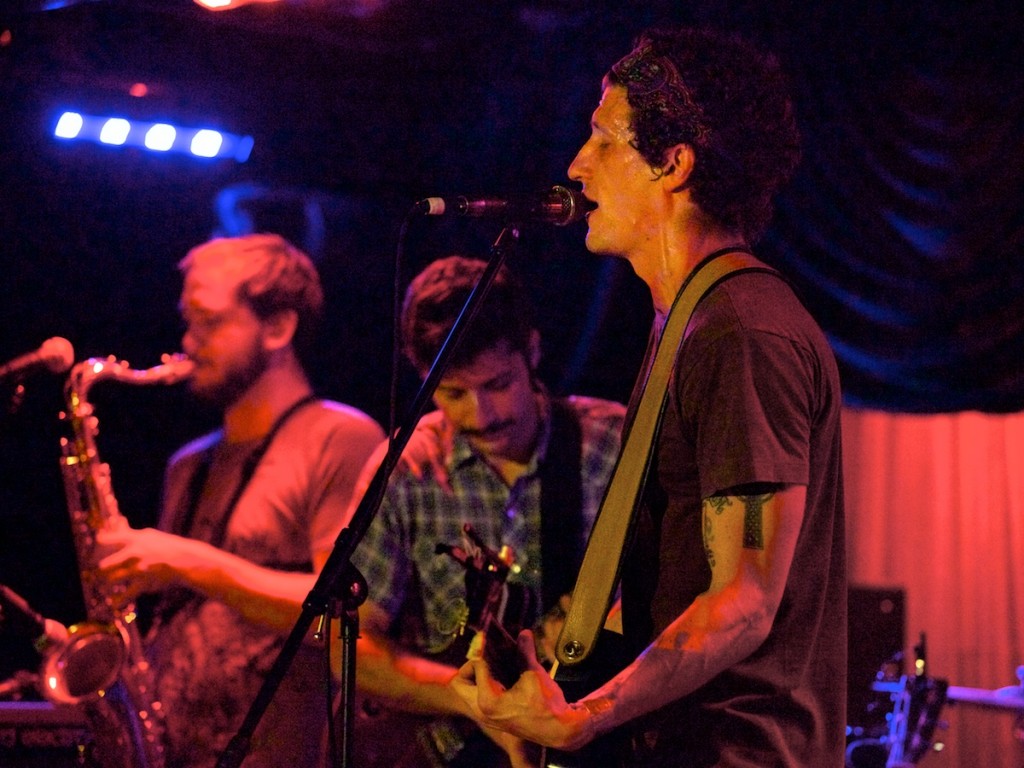 David Shaw, Zack Feinberg and Rob Ingraham at The Mint

The small, but devoted, Tuesday night crowd grew in size and enthusiasm as the band worked its way through a deep 80-minute set. Opening with Zack Feinberg’s ES-335 fueled riffs on “Concrete (Fish Out of Water)” from 2008’s “The Revivalists”, the tune caught fire right away. Ed Williams’ sacred steel wasted no time meshing and mashing with Shaw and Feinberg’s twin guitars. “All in the Family” and “Monster” are new tunes, the former bringing a stomping, rapped up rhythm to a chorus of “I’ve got that feeling in my bones”, and whether playing to a living room or thousands, David Shaw sells that line true. Steel on top of blues driven funk just brings it home. “Monster” is a softer tune built around Shaw’s vocals, Feinberg’s waterfall runs and Rob Ingraham’s sax, and an appropriate lead in to “Not Turn Away” from “Vital Signs” with its shuffle step plea of “I hope that you were listening/when I said that you could be the only one”. 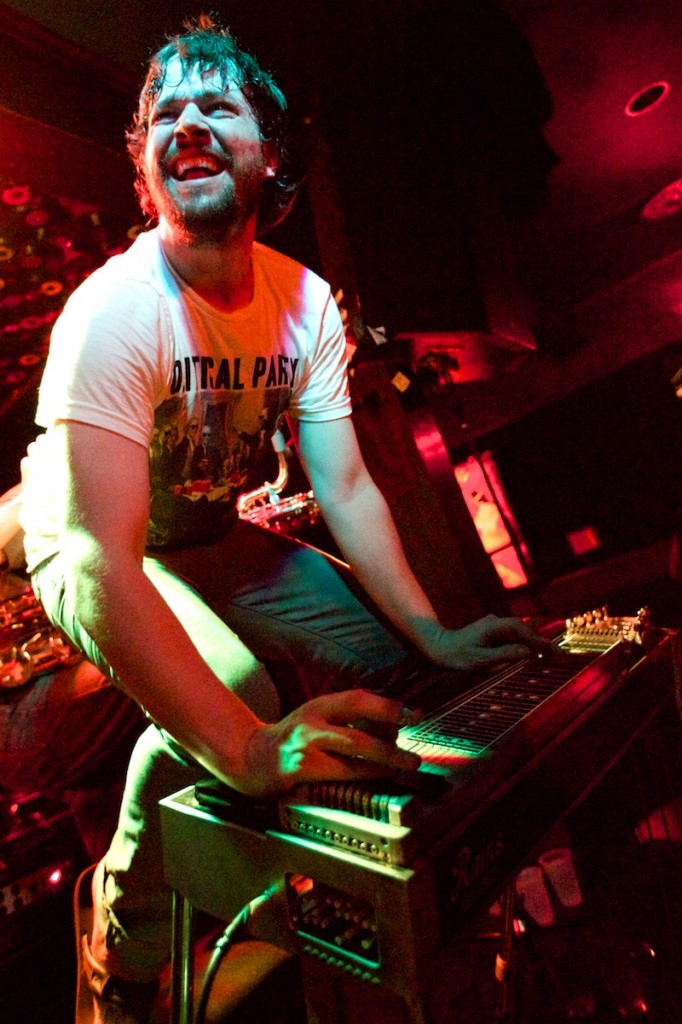 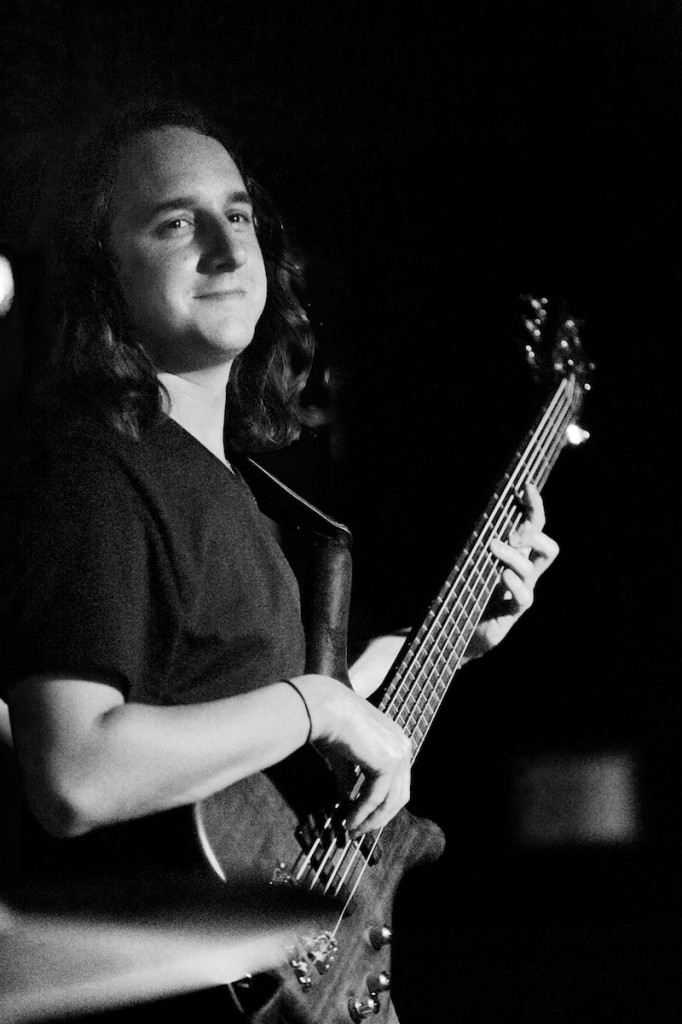 The ghostly, “Pretty Photograph” from “City of Sound,” sounds nothing like New Orleans and was one of best tunes of the night, blending Williams sweet turn up top with Rob Ingraham’s baritone below. The punchy “Common Cents” from “The Revivalists”, and “When I’m Able”, “Up in the Air” and “When I Die” from “City of Sound” followed. “Up in the Air’s” catch up phrasing landing squarely on the chorus and building to a satisfying finish under Zack Feinberg’s uncolored gallop. By this point in the set, tables gave way to the dance floor and a 40ish dude leading the pack made a point of telling me he drove 3 hours to catch the gig.  “Let It All Out” was another new tune that bounced between a ragey bridge and more ballady chorus and fell a little short of other tunes. The rest of the set included the reggae lilt of “Sunny Days” from “The Revivalists”, “Catching Fireflies” from “Vital Signs”, and “Criminal” the obvious closer from “City of Sound”. “Criminal” brings many of the band’s best elements together, tearing up the Fest and capping off this night at The Mint nicely. 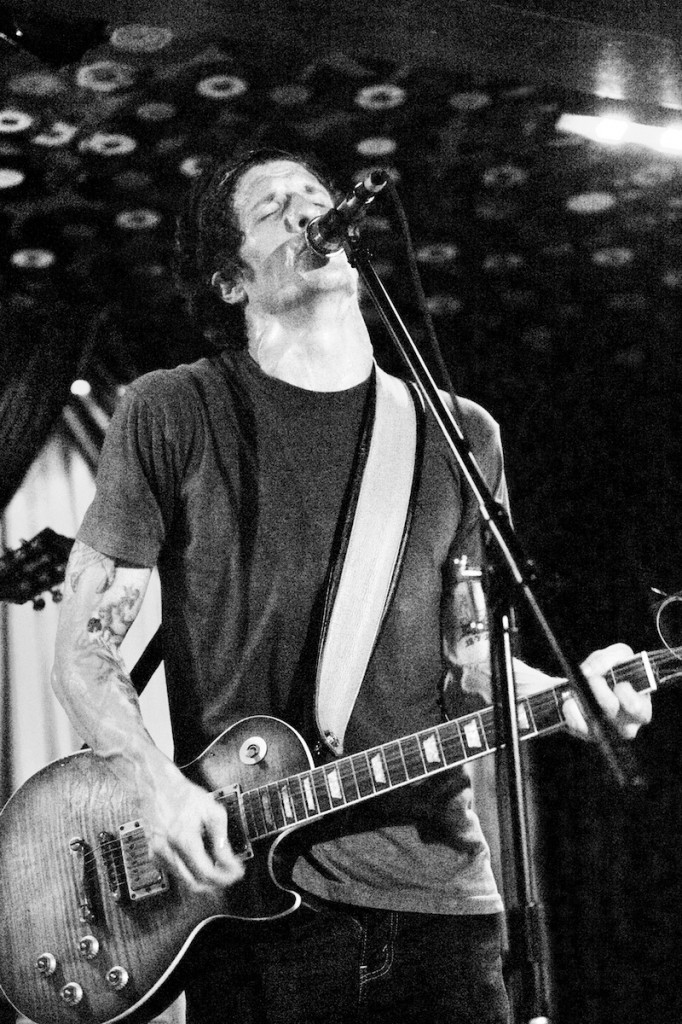 I caught up with Rob Ingraham after the show for some set forensics. No set lists, just shout outs from the stage. Wouldn’t have known it as it all hung together rather well. 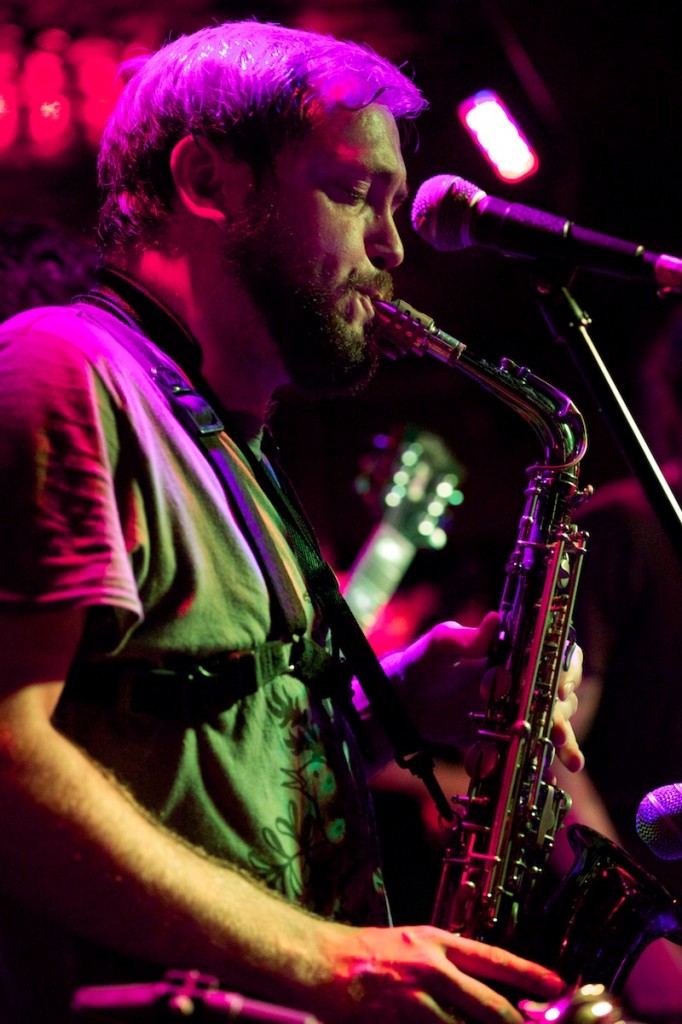 Rob Ingraham at The Mint

There is romance in the Revivalists sound. Songs feel like love close, beaten or out of reach. Delivered with inspiration and perspiration and a New Orleans heartbeat. A band that also knows where it’s going and determined to get there.  I’d count on it. 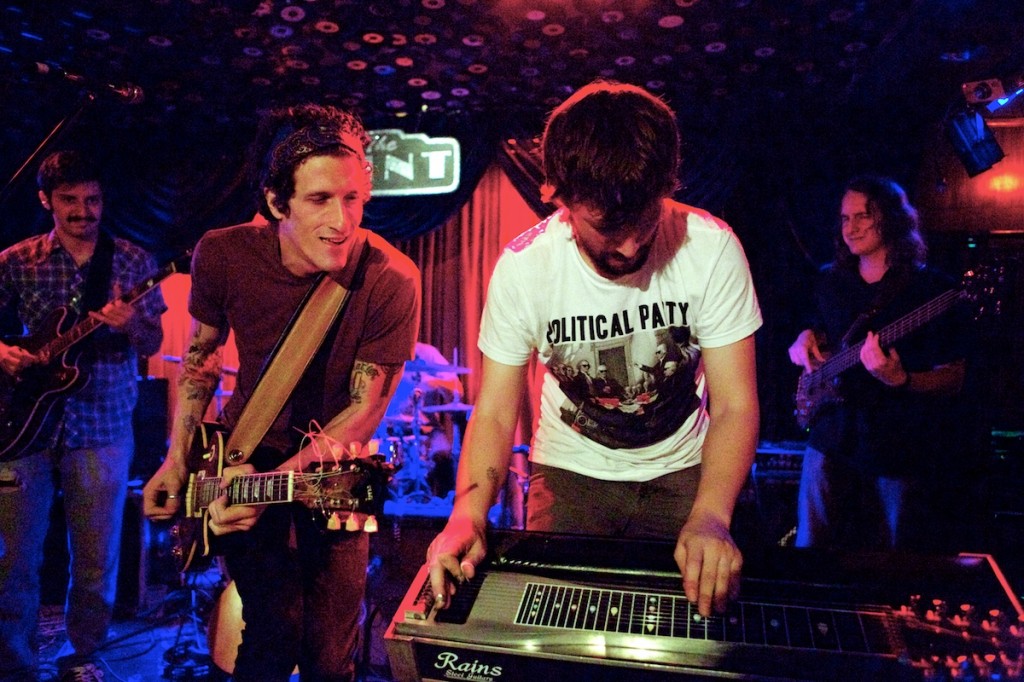 Bombino, The Mint
Scroll to top