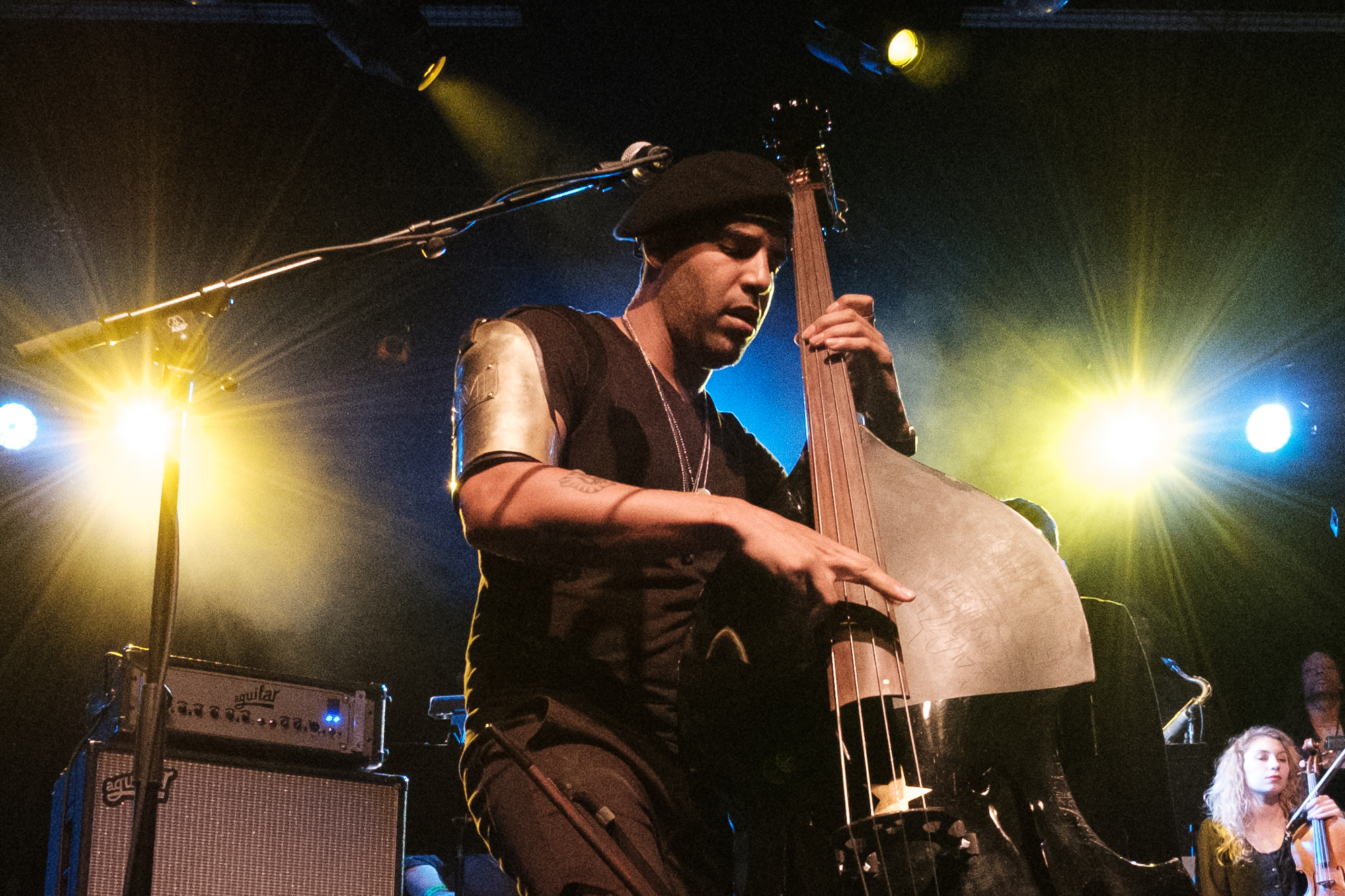 The West Coast Get Down is better known as the L.A. collective of talent including saxophonist Kamasi Washington. Washington has commanded a lot of attention the past few years, and for good reason. That audacious 3-disc debut, “The Epic” on Brainfeeder, his collaboration with Kendrick Lamar, and 2016 dates at Bonnaroo and Coachella, to name a few. But for a change, this isn’t about Washington. This is about the band that brings those head spinning sonics to life in studio and performances. When I finally caught up with Washington for the first time at the 2016 Newport Jazz Festival, I was pretty knocked out, but when upright bassist Miles Mosley took center stage, uh, the dimension took on another dimension. Whether feverishly bowing with Hendrix like distortion and effects, or running the neck, Mosley, has mad presence and skills. The LA Weekly dubbed him “an assassin on the upright bass” for good reason and Rolling Stone called him out as one of 10 new artists you need to know, and he has a rather impressive resume of his own (Jeff Beck, Rihanna, Lamar, to drop a few names, not to mention extensive film and television credits). It’s no surprise he is front and center leading the WCGD in another direction, while Washington steps back in support. Same dudes, but way different thing, and even more so than the Washington led unit, drop the jazz box from this constellation. 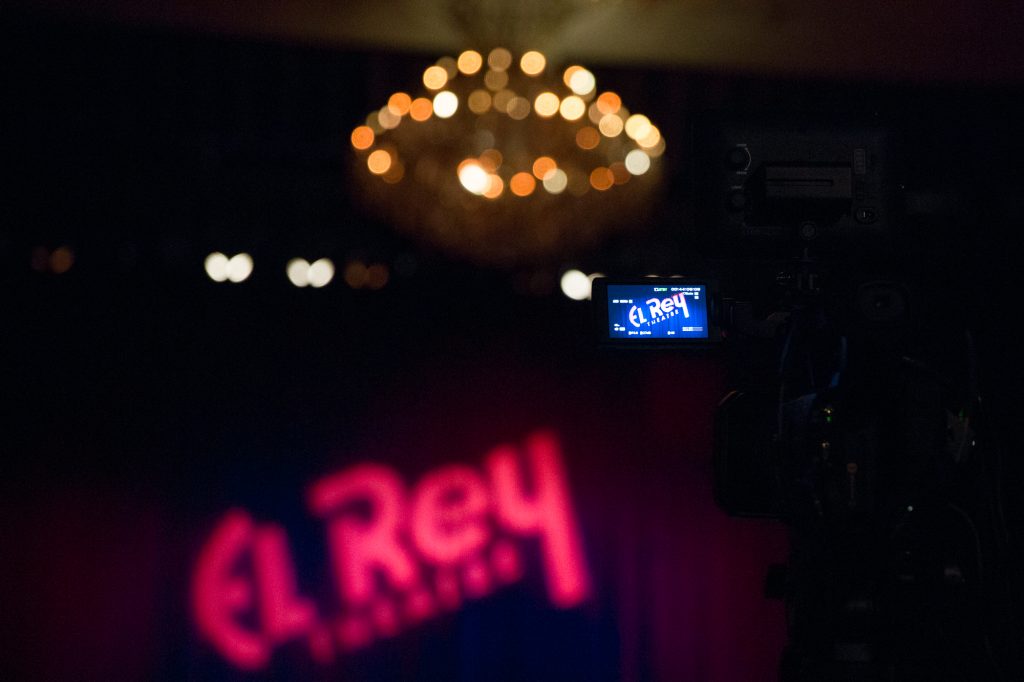 Ready to Get Down at the El Rey

The El Rey date coincided with the release of Mosley’s new record ,“Uprising”, and had to feel a bit celebratory for the Hamilton High music magnet alums. The WCGD core of Mosley, Washington, trombonist Ryan Porter, pianist Cameron Graves and drummer Tony Austin (Ronald Bruner, Jr. was not a part of this one) were accompanied by 6 strings, 4 vocalists and a trumpet player along with Porter and Washington. Opening with one of the singles off Uprising, “Young Lion”, the WCGD covered much of the record throughout the night with Mosley an exuberant and engaging front man for the plethora of players on stage. Straight upright funk-soul-jazz-rock from some very talented jazz musicians. “L.A. Won’t Bring You Down” worked up its saucy finish to the satisfaction of the hometown crowd. And with a title like “Uprising”, it didn’t take long for Mosley to tap into our Trumpian angst, recounting his emotions over an irreparably broken bass, his most prized possession, standing in for his world view. That the instrument beyond repair four days before the biggest gig of his life was in his hands that evening, served as the punch line. This was Mosley’s night. While Washington cut loose with a few powerful solos, he otherwise shared the risers alongside the strings and vocals. Pianist Cameron Graves was a standout, and his album “Planetary Prince”, featuring more of the Get Down, will be out in the coming weeks. Mosley’s parents also got a big shout before launching into “Abraham” (Mosley’s given first name), the record’s other single, with Graves’ “ring tone intro” setting off the piece. 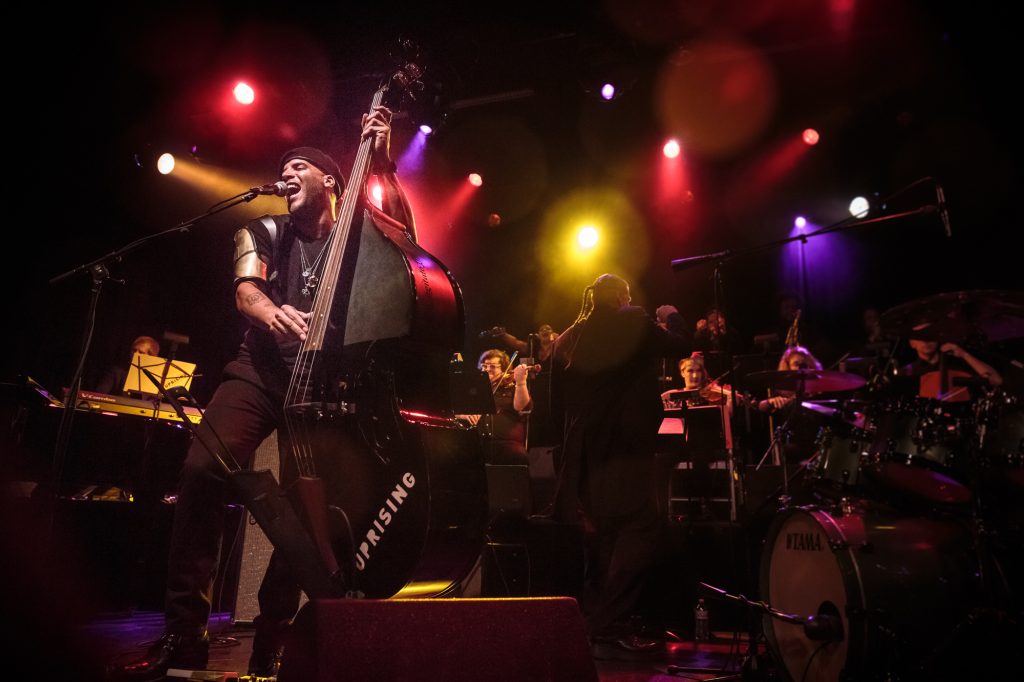 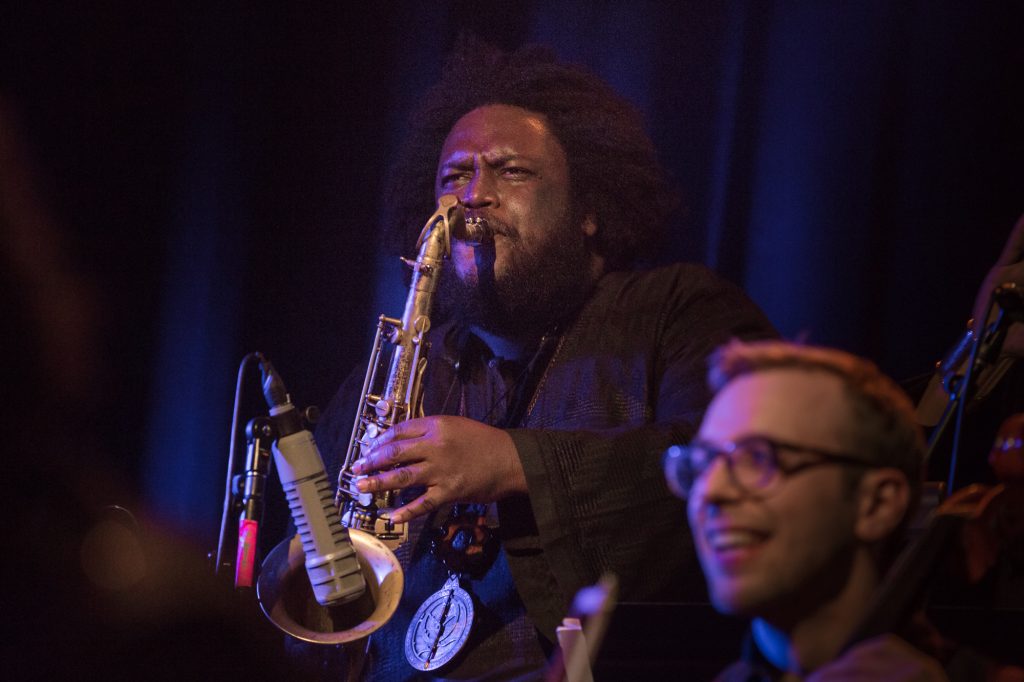 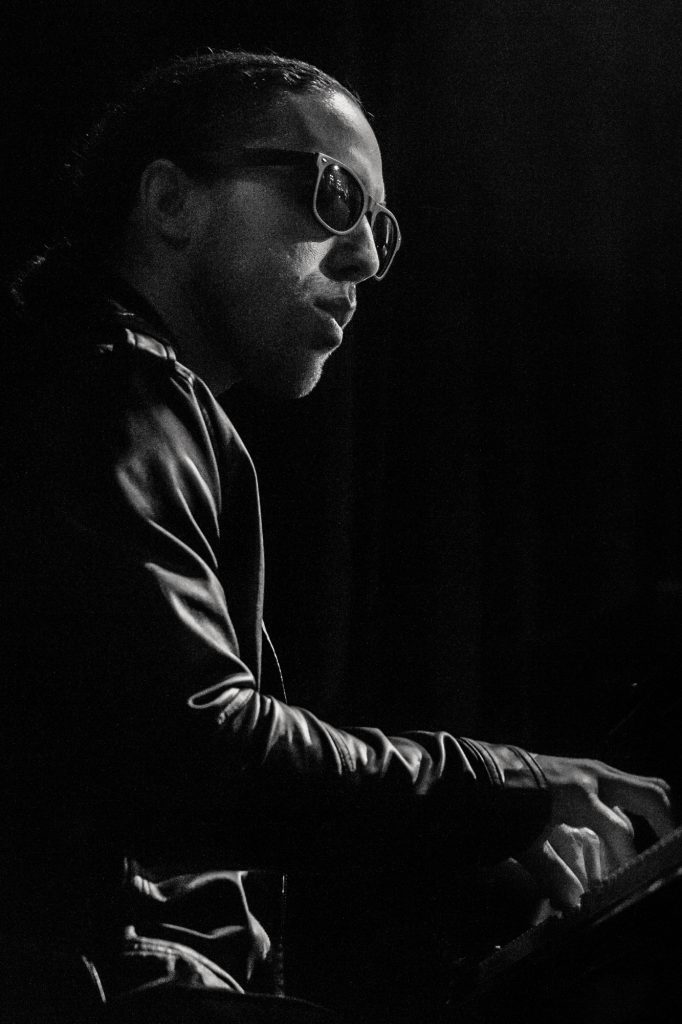 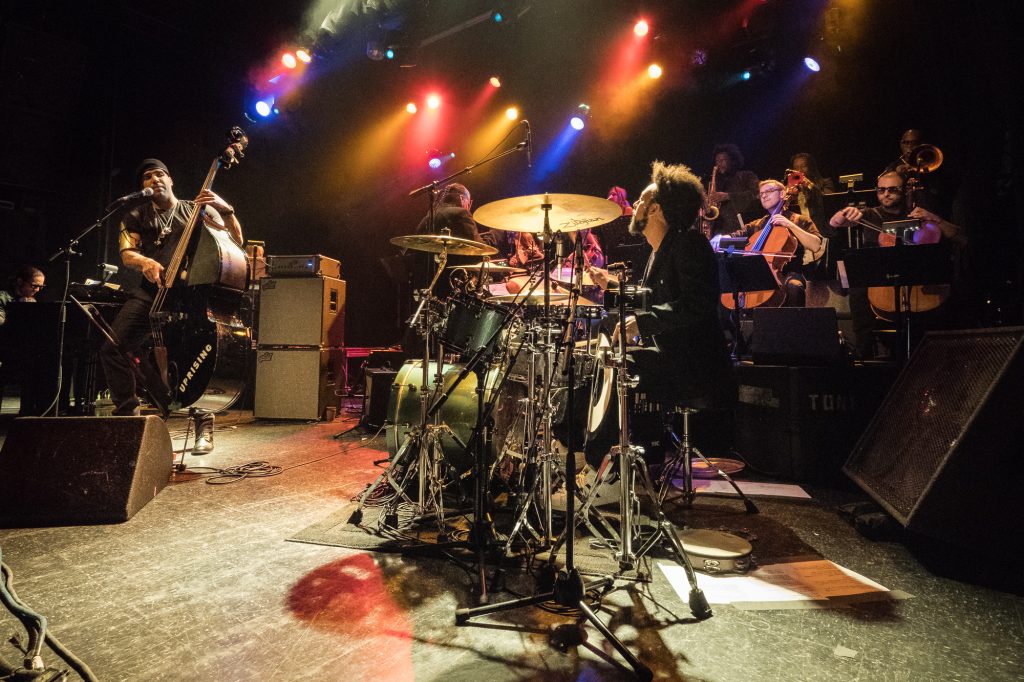 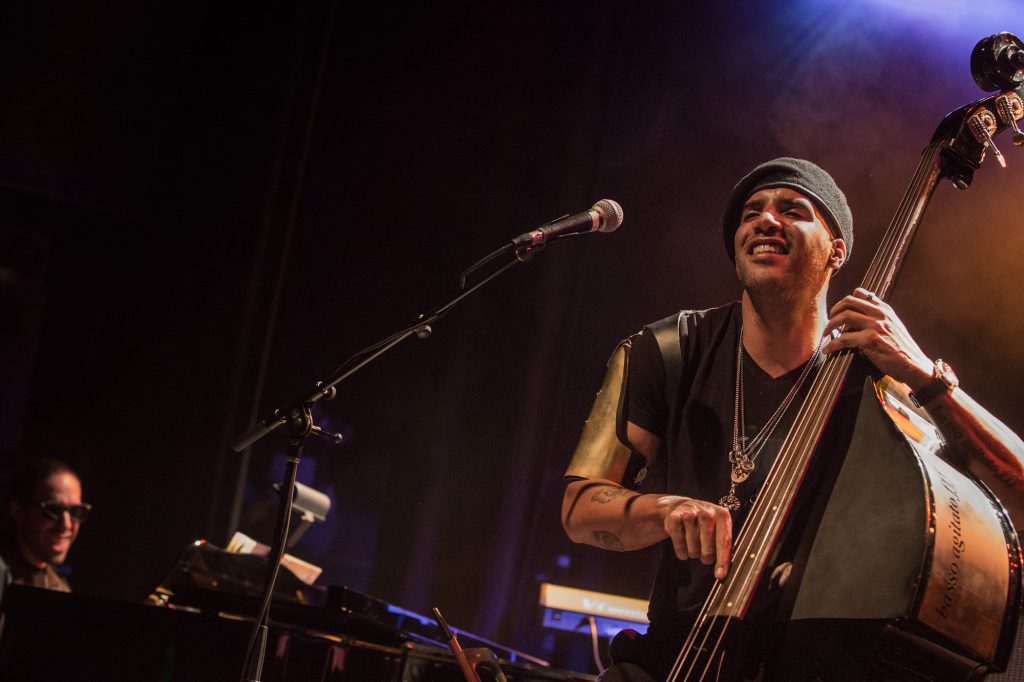 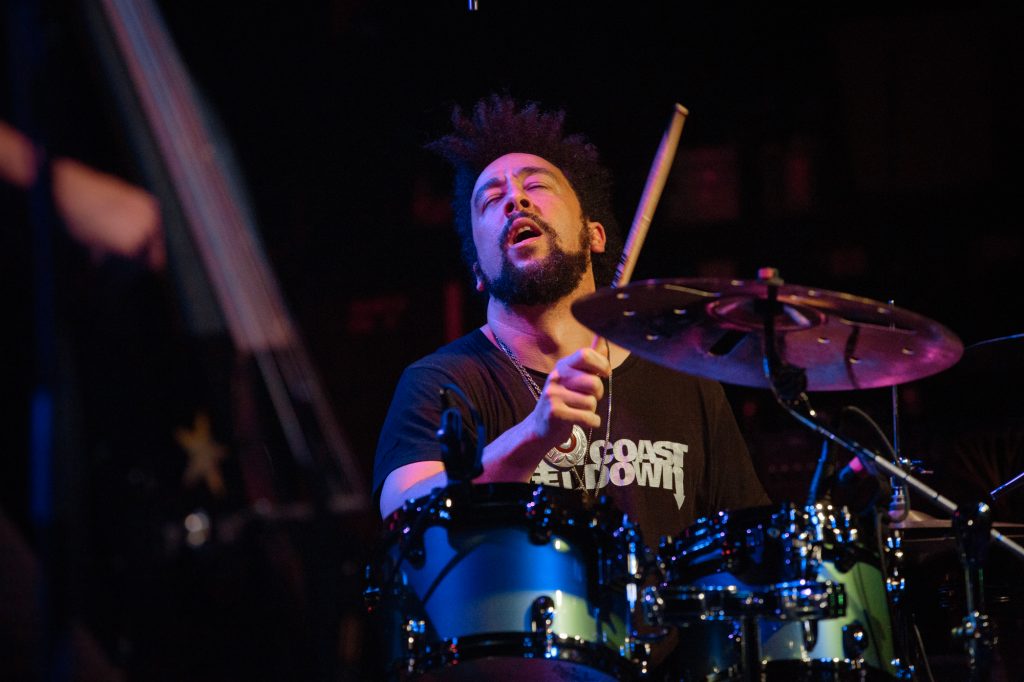 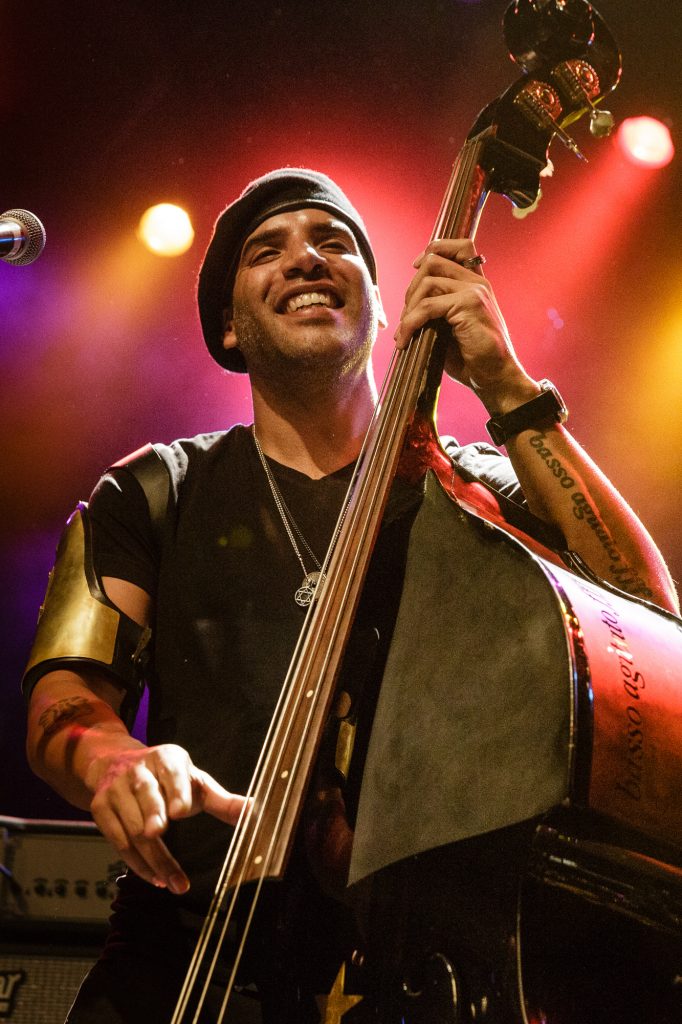 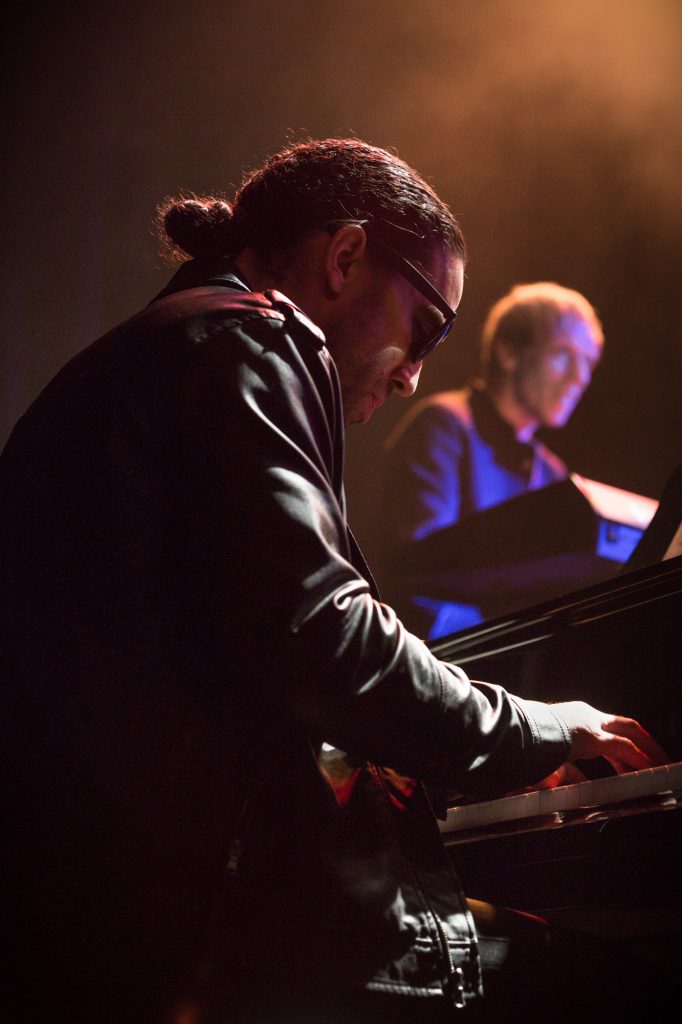 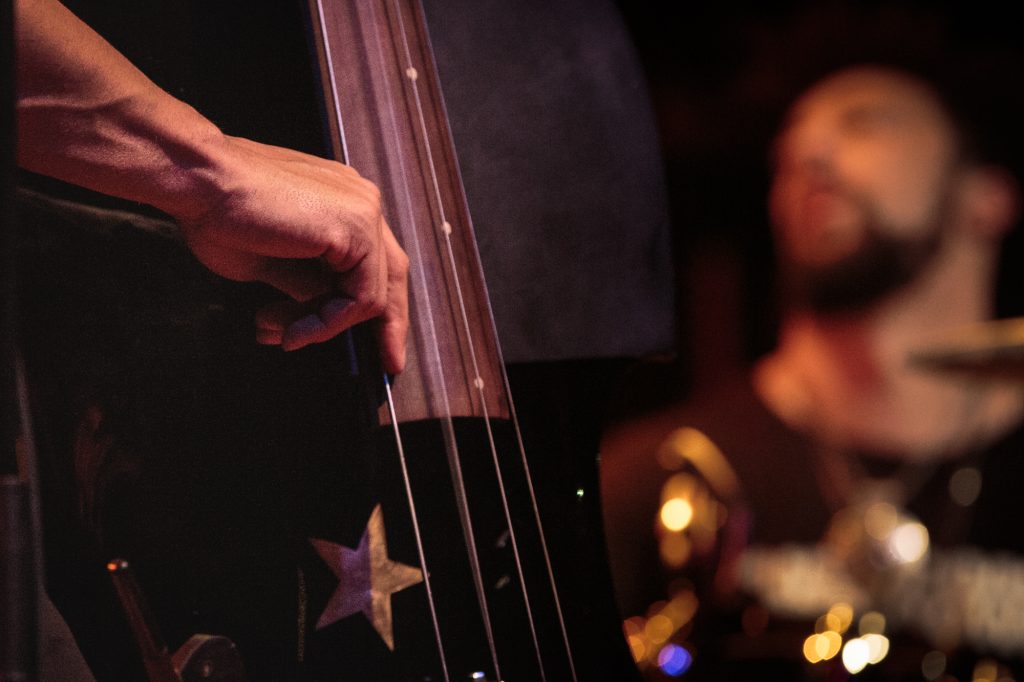 I’m fascinated by this deep collective of players that reposition the sum of their whole around the varied composers within. This is one band that’s many. And they definitely do this city proud. 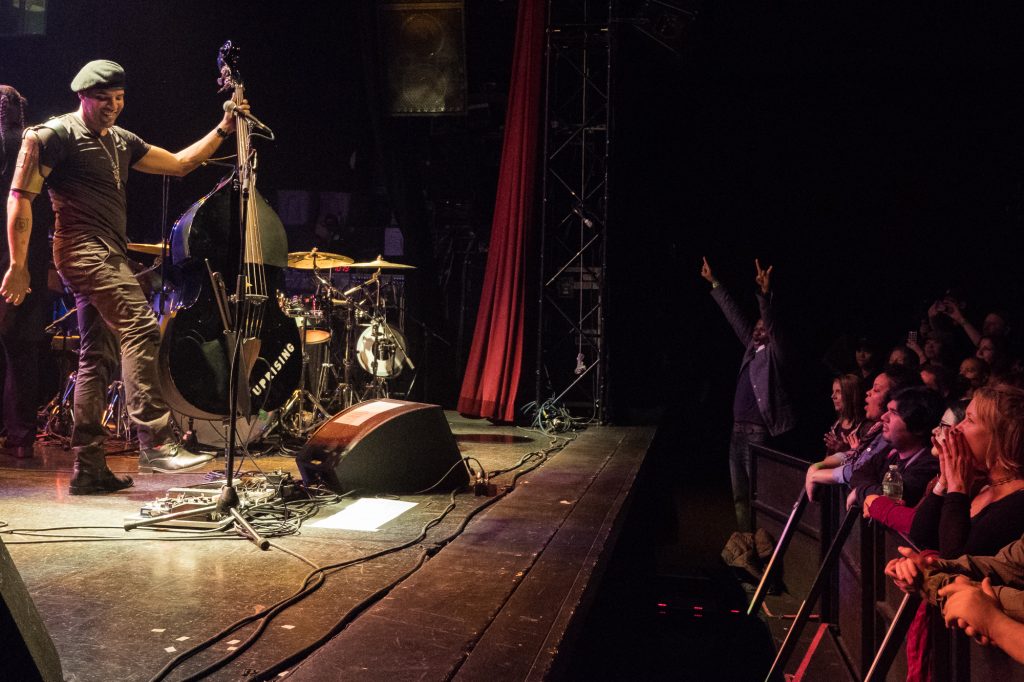 Reflections and Musings of a Jazz Fest Photographer