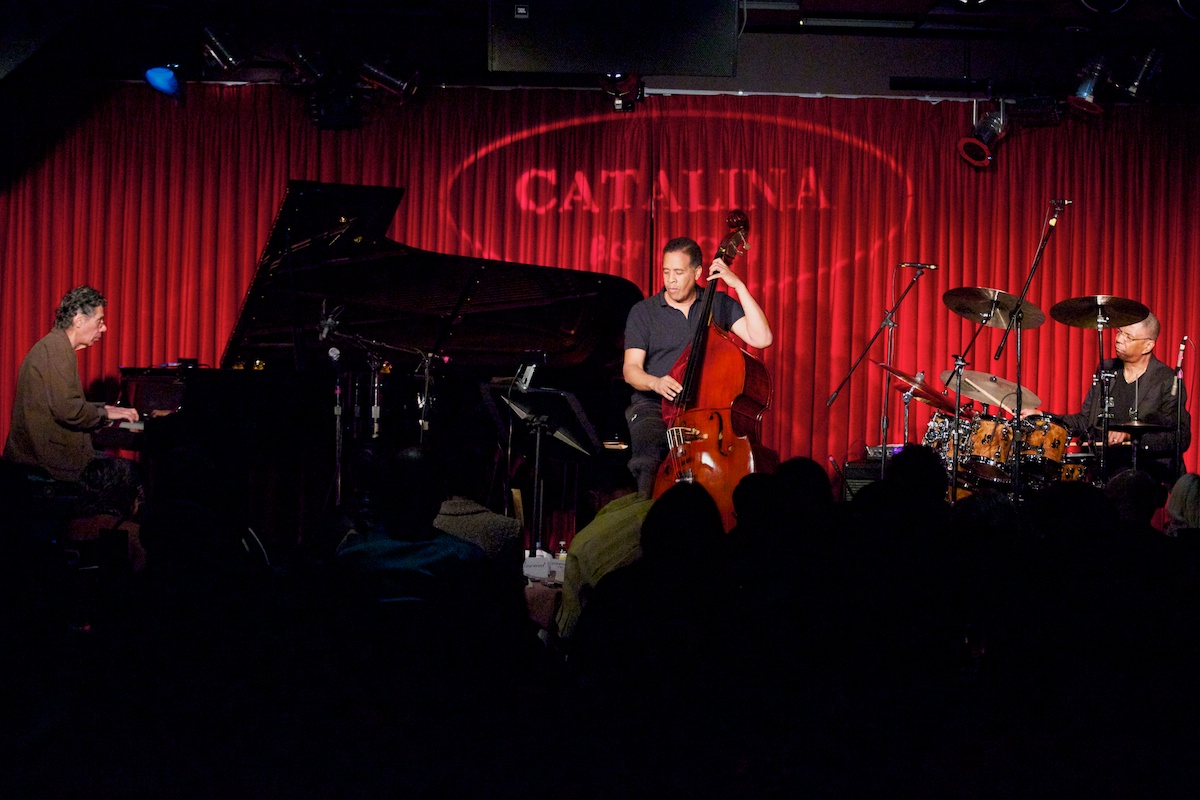 It’s been said that Los Angeles is a tough jazz town. New York, San Francisco, Boston, Chicago all have thriving jazz scenes in vibrant urban settings. Los Angeles, with its diasporadic lifestyle and geography, requires the jazz enthusiast to turn seeker. Rarely are things stumbled upon. The displacement of the Jazz Bakery last year was another (temporary) blow, so with a few newcomers and a handful of others who keep the faithful coming, Catalina’s Bar and Grill has always loomed large. For good reason.

When jazz royalty pays a visit, the devoted must rise. Such is the case with Chick Corea, Stanley Clarke and Jack DeJohnette spending the better part of a week here, and two shows nightly at 6725 Sunset Boulevard. This is a constellation of VSOP proportions. I’ve posted on the life altering effect RTF had on my young and evolving mind, when the reunion tour hit the Greek last September. The chance to see Chick Corea and Stanley Clarke in a straight ahead trio with the soon to be 70 Jack DeJohnette was/is not to be missed. 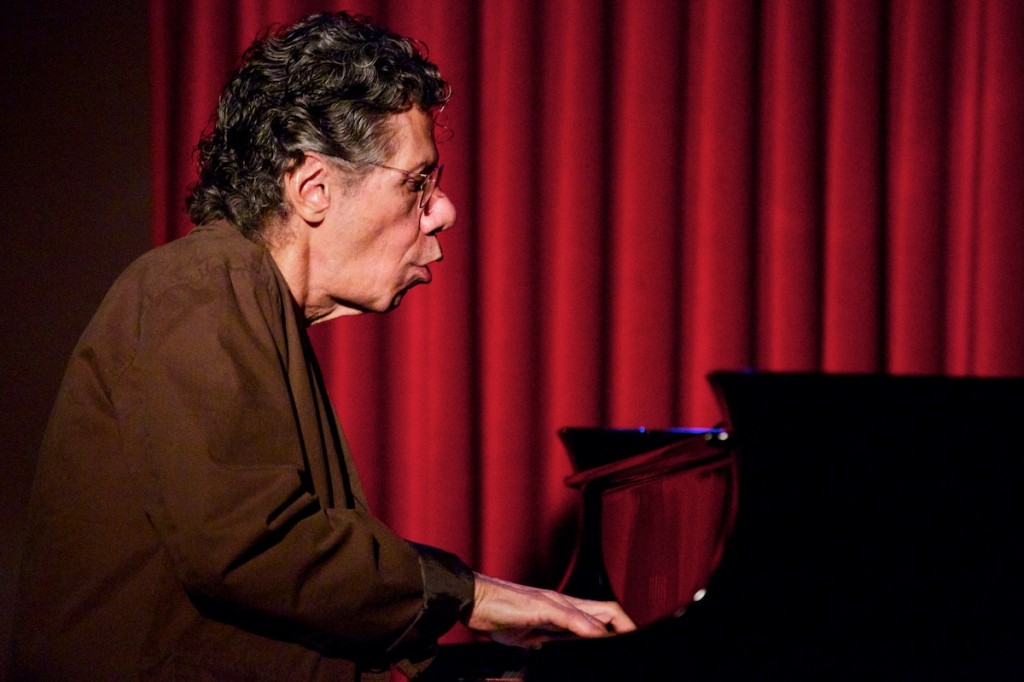 Chick Corea at the Catalina Bar and Grill

Drumming greats must share some cosmic mixologist. The elixir that keeps Roy Haynes swinging in his mid-80s and Jack DeJohnette celebrating 70 in rather good company is powerful stuff. I’ve been a huge DeJohnette admirer going back to the early CTI and ECM days, well before his decades holding down Keith Jarrett’s standards trio. DeJohnette’s touch and cymbal work are signature expressions of a composer and rhythmicist who wrings all the nuance and subtlety from a trap set then I ever thought possible. It’s not just what he plays, it’s what he doesn’t play and how he plays it. If you ask me to explain it better than that, I can’t. I just understand it. This 6-night stand is billed as a 70 celebration (though DeJohnette’s birthday is not until August), and it is clearly his party. 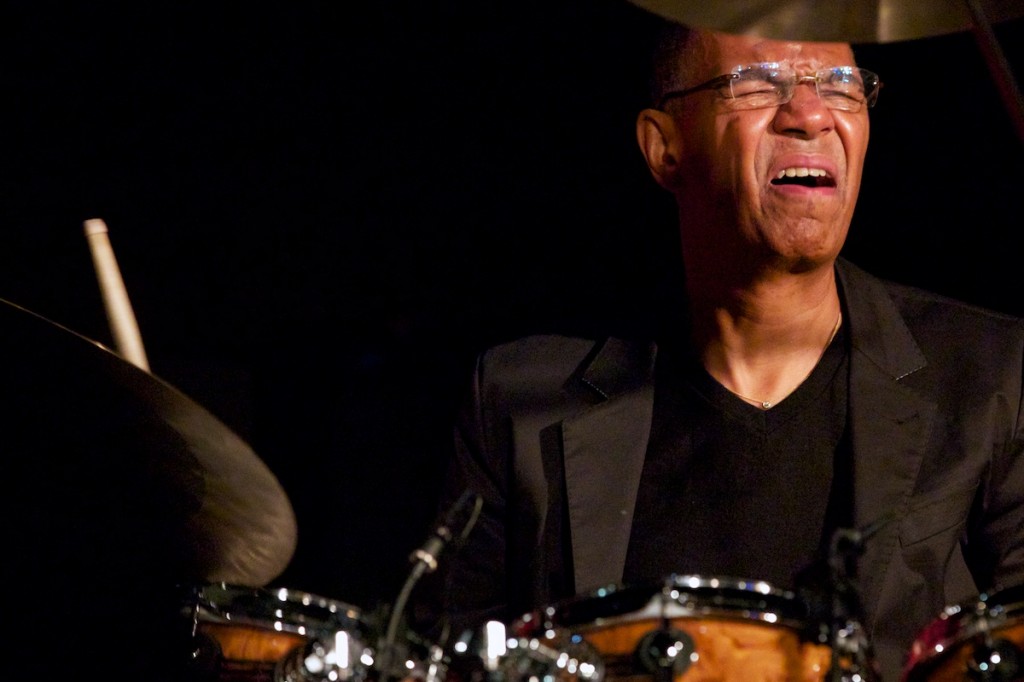 Those of us arriving early to the opening Tuesday performance, were greeted with Chick working a few styles before the tuner put one final tweak to the Yamaha. It was as close to a living room setting as one could get – happy hour, oh yeah, Chick Corea at the piano with your drinks. Comedian (and New Orleans native) Garrett Morris teed up the music with humor and respect before the trio’s 90+ minute set. The opening Steve Swallow composition had DeJohnette literally rubbing elbow to floor tom skin, not for effect, but to coax the quietest percussive sound to match that moment. “Summer Night”, a Seven Steps to Heaven outtake that Chick told the audience he learned from Miles, was being played by the trio for the first time. It was beautifully rendered, with exceptional touch by all players, especially DeJohnette’s shimmering cymbal flourishes. Corea and DeJohnette seemed to ride shotgun back and forth, simultaneously driving and feeding the conversation. Billy Strayhorn’s “Lush Life” followed, with a Corea intro that danced and jumped, then settled into a duet with Stanley Clarke as the theme was uncovered. 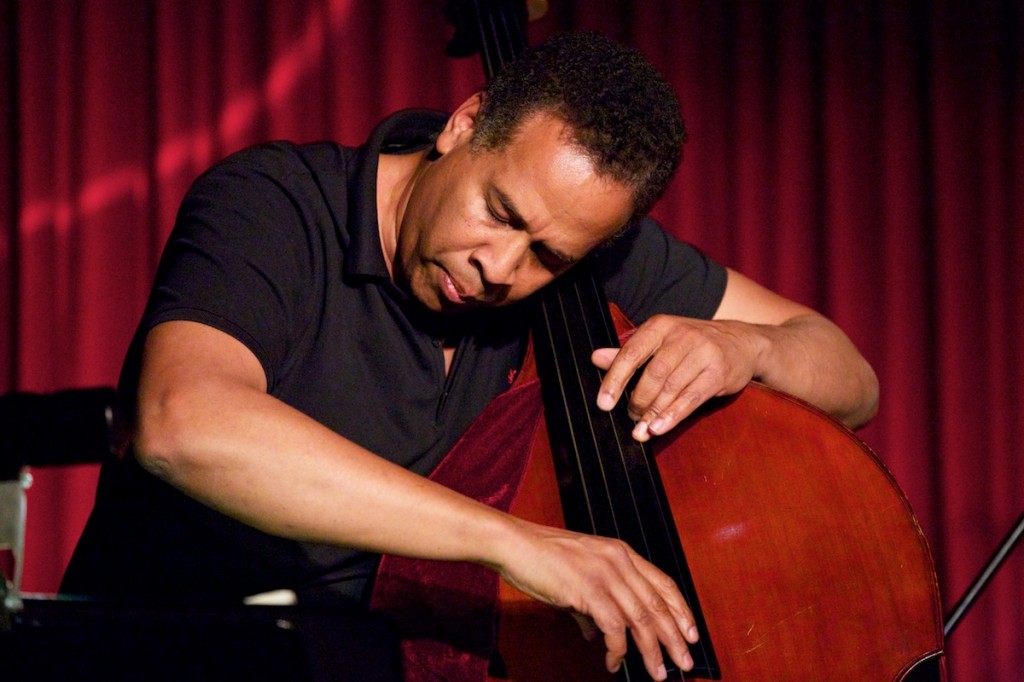 Wayne Shorter‘s “E.S.P.” (originally from the great Davis ‘60s quintet recording of the same name) was a highlight of the evening with interlocking improvisational turns true to the spirit of the piece, especially freed up in this trio format. At one point, four limbs were not enough for DeJohnette, as he strategically tossed multiple stick ends at his snare. The trio moved to a pair of DeJohnette compositions “Priestesses of the Mist”/“Earthwalk” from his 1991 Special Edition release. Painting in darker, almost Medieval, cabalistic colors, DeJohnette’s mallet work on his cymbals, higher tone toms and snare tangled with Corea’s discordant lower keys – Chick reaching with his right hand to mute the strongly hammered bass strikes of his left. This journey was haunting indeed. 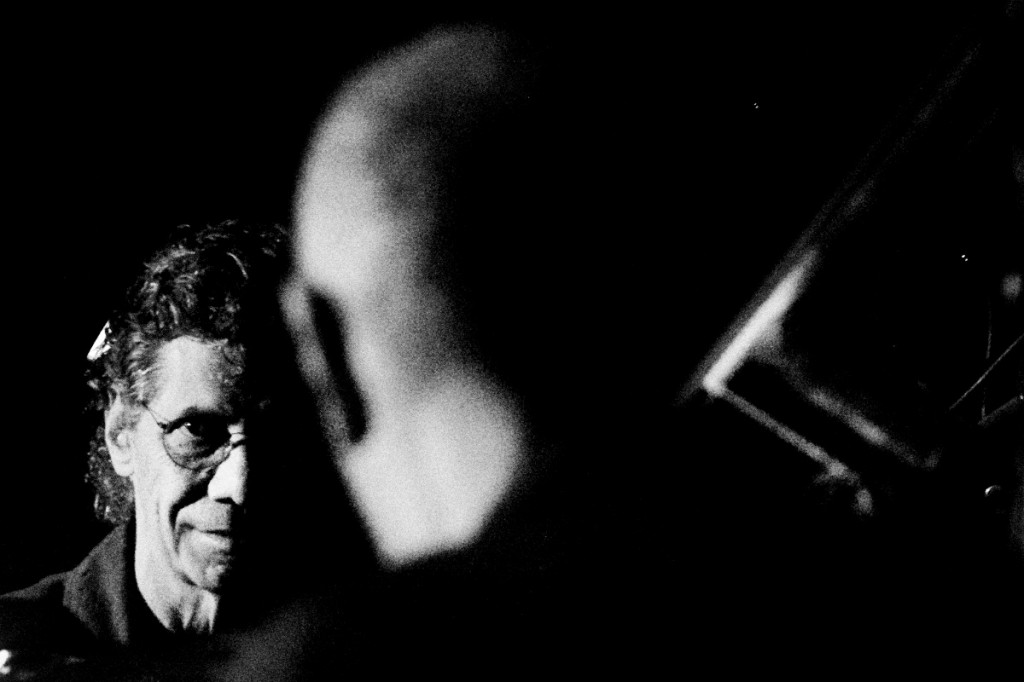 The set closed out with a new composition that kicked and swung completely the other direction, with acknowledged nods to Esperanza Spaulding, Levon Helm and Mardi Gras Indians along the way. And Stanley Clarke finally let loose with an explosive rumble of rhythmic thumbing and thwacking. DeJohnette led the trio through a latin tinged encore and a classic descending theme that struck me as a reverse “La Fiesta”. It was the evening’s only real infusion of Corea’s Spanish romance and brought the set to satisfying close.

Jack DeJohnette, he could turn matchsticks into an orchestra

Jack DeJohnette could turn matchsticks into an orchestra. He is a craftsman, carving, pushing, painting, adding layers, dissolving layers. Playing rims, mallets, skin on skin. The trio played as a true collaboration. No star turns, just discovery and nuance as only masters can pull off. Los Angeles may be a tough jazz town, but this Tuesday night, the first date of a 12-date West Coast tour, the city was a giant.