It’s apropos that the Honey Island Swamp Band would return for a summer gig at The Mint following an appearance at Outside Lands the prior weekend. After all, the Bay Area figures so prominently in this NOLA band’s origin story. Stranded by Katrina. Crescent City players a long way from home. Meet up on the west coast. Bond big time. Keep their chops strong. Throw a few songs together. Land a regular gig in the heart of town. Cut their debut in the one and only Record Plant in Sausalito. It could only happen….where?

Chris Mulé, Aaron Wilkinson and Sam Price diggin’ in at The Mint

This is their third trip to The Mint in 14 months. That’s not a bad thing. Whether it’s covering their LA dates, staking their ground from the big stage at the Fest or enjoying their pop up everywhere Fest club dates, I have been a fan since first catching them at Jazzfest in 2008.  The Bay Area meets bayou influences are everywhere in the HISB sound. Solid songwriting, tight arrangements and enough room to stretch, their self-coined “bayou americana” is rootsy strings first stuff. Swamp driven, but not dripping, and often sprouting ensemble fed jams from tasty hooks, HISB sets include staples from their first three albums “Honey Island Swamp band (2007), “Wishing Well” (2009) and “Good to You” (2010), and more recently, new material from a pending fourth release. 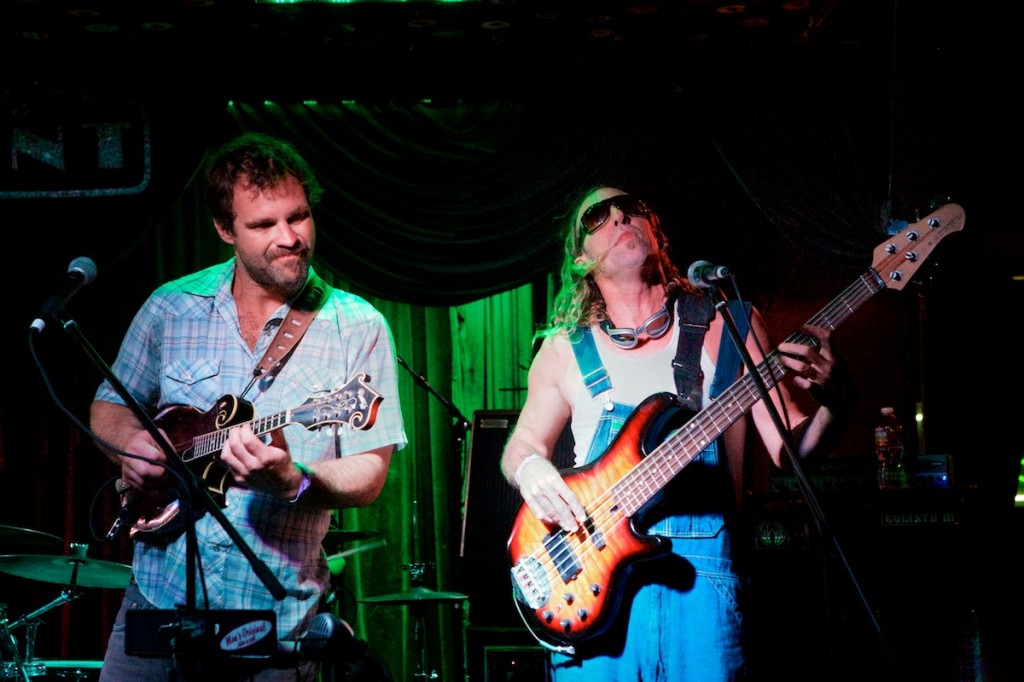 Aaron Wilkinson and Sam Price are good to you…

Guest Robert Walter was on hand to thicken the gumbo a bit. Many an HISB gig add horns up top, so it’s a fresh twist to double down with Walter and Trevor Brooks on keys. Behind the stringed attack of frontmen, Aaron Wilkinson who moves between his Thinline Tele and mandolin, and Chris Mulé’s excellent Strat fed slide work, HISB serves up material reminiscent of Little Feat, Creedence, Black Crowes and many of the band’s NOLA peers, while remaining totally original. Sam Price’s stage energy is only exceeded by the pulsing, bubbling work on his Lakland bass. Garland Paul is a great foil for Price and the rhythm section drives and roots a band that feeds one another with spirited stage IQ in a deceptively comfortable musical setting. 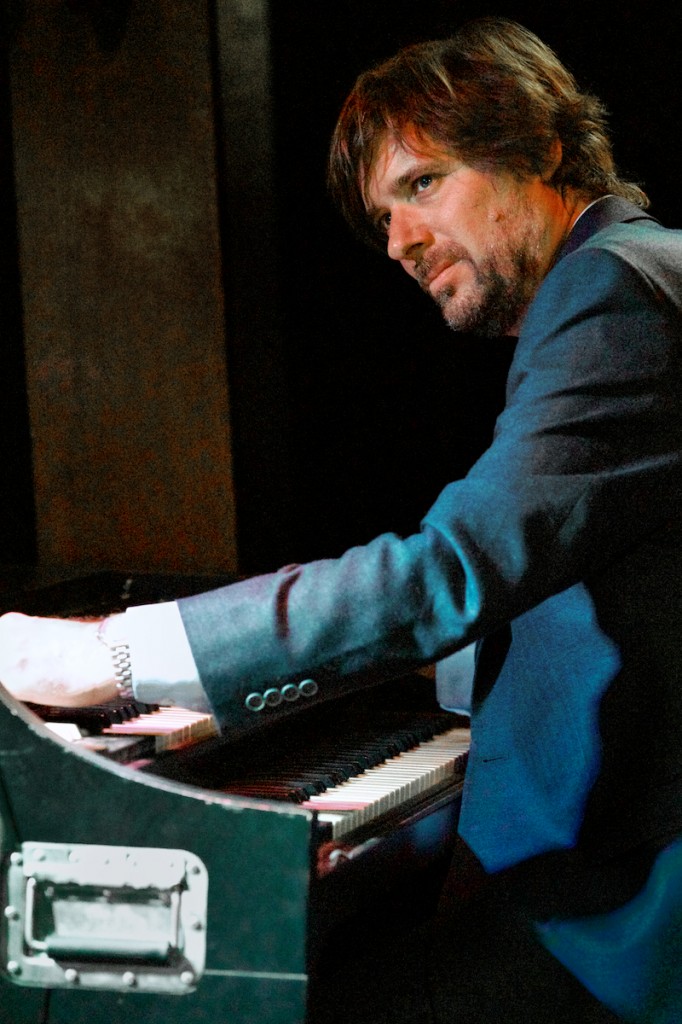 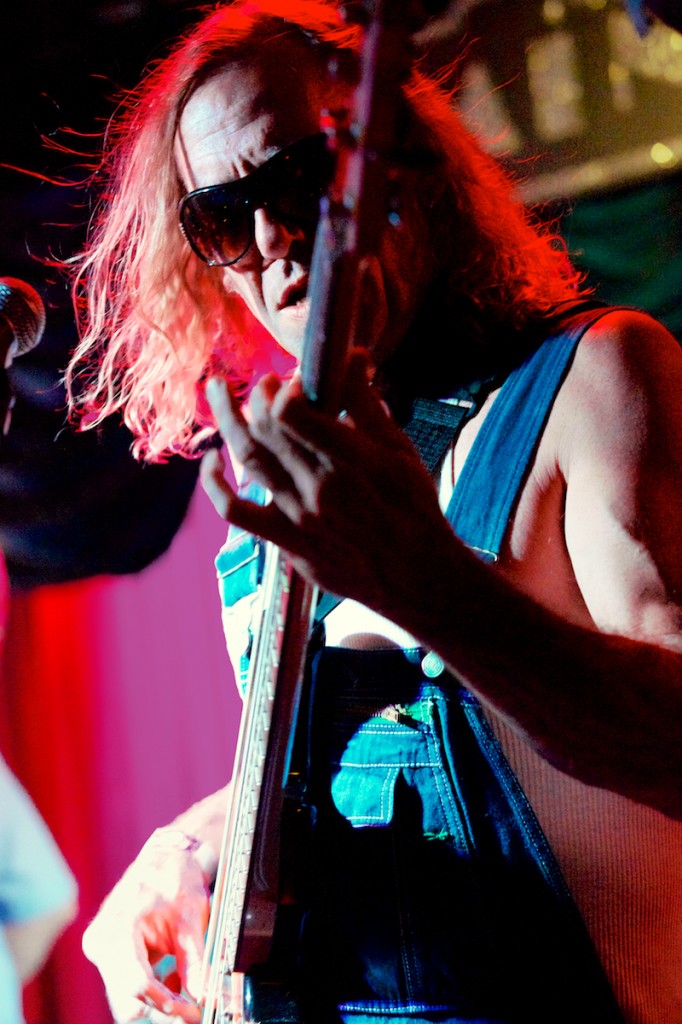 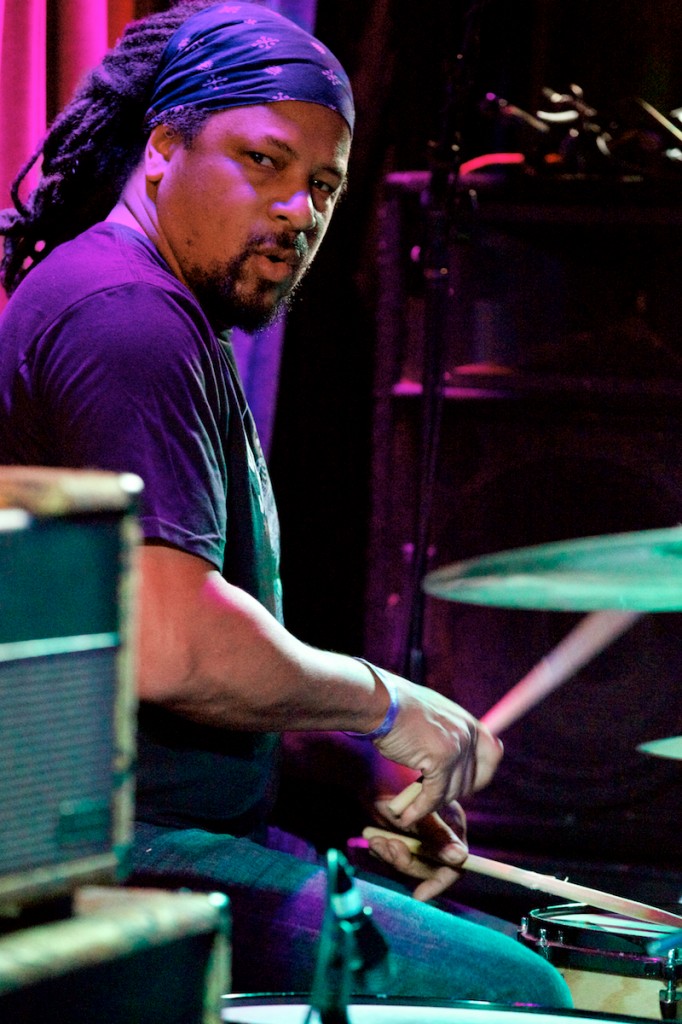 Opening with the country ramble of “Honey” (from “Good to You”), the tune had Trevor Brooks off to the races. “Josephine”, (also from, “Good to You”) is simply a good time song of love on the road with a great hook. Some muscular playing from Price and kick ass exchanges between Chris Mulé and Trevor Brooks drove that point home. Walter’s jazzier inclinations added another layer to the already jammy “Chocolate Cake” (from “Good To You”) and his soul jazz sound on his own “Snakes and Spiders” (from his 2008 release, “Cure All”) and later in the set, “Hard Ware” (from 2005’s “Super Heavy Organ”) and “Quantico, VA”, were an intriguing match for HISB that worked better than expected. “300 Pounds” (from “Good To You”) is a classic tale of weed running that again had Mulé satisfyingly meshing with four hands on the keys. “Slip” from their self-titled debut and “One Shot” (unreleased) were feisty, with the latter beginning with a reggae on the bayou feel and the former featuring some nice wah-wah like effects from Mulé, when the band was not hugging the go to m7/dom 9 change. Throughout the set, Aaron Wilkinson’s mandolin work showed how much that little box can rock, when he wasn’t tangling Fenders with Mulé or working a hot summer day harp in to the mix. His 8-string touch on “One Shot” climbed all around the blues step of the tune. 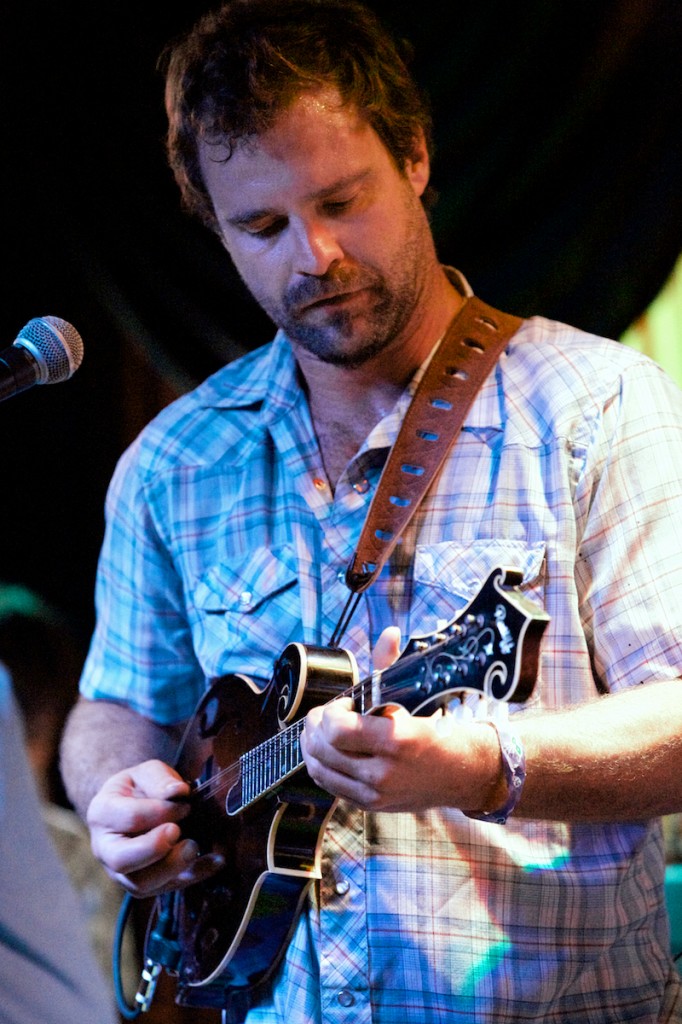 No song captures the musical strengths of HISB like “Wishing Well” (from the 2008 release of the same name).  Swampy riffs, a sing along chorus and deep stretches of purposeful jams. At The Mint, the snaky intro, Mulé’s slide and the ensemble spirit had me deja vuing for long lost brain cells. “Till the Money’s Gone” (from “Wishing Well”) is an all NOLA romp and “Jitterbug Swing” (an old Bukka White tune, also unreleased) is fleet footed front porch bluesgrass. “Cane Sugar” (unreleased) and “Country Girl” (from “Good To You”), with its Van Morrison if he could boogie flavor, closed things out. 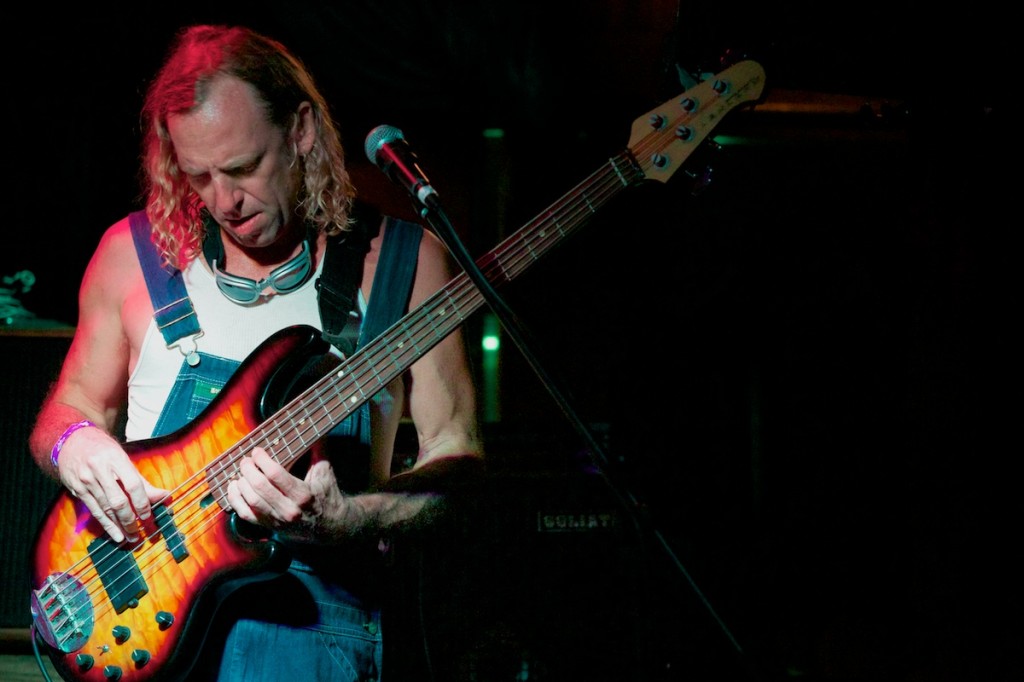 Sam Price gets high on the neck 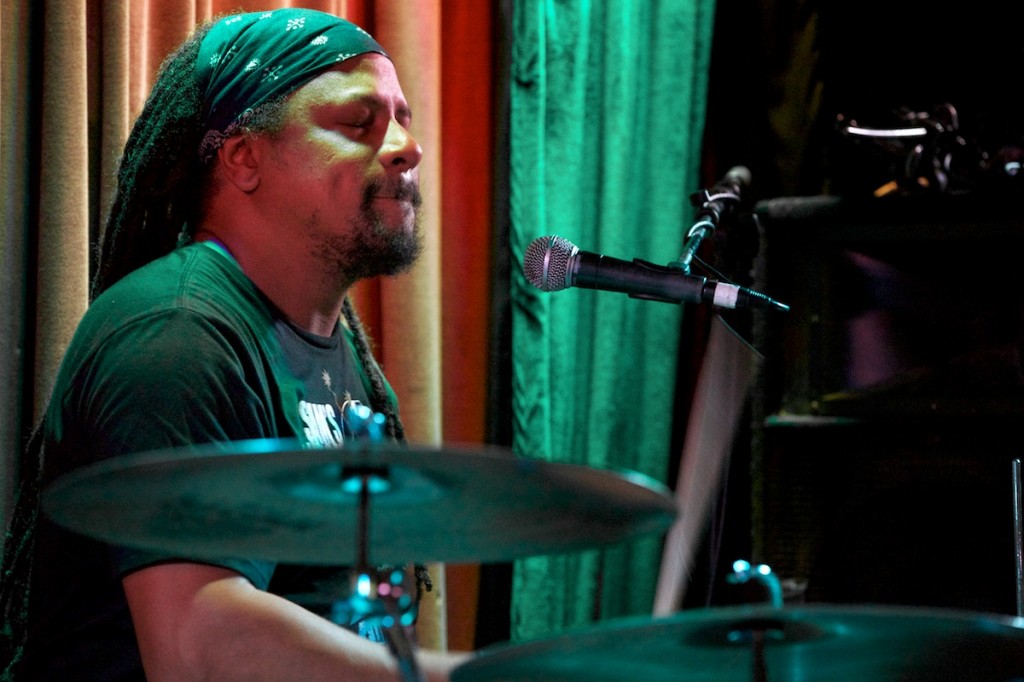 Singer/guitarist Clarence Bucaro opened the show with a well received set culled from his five albums, including the just released “Walls of the World”. 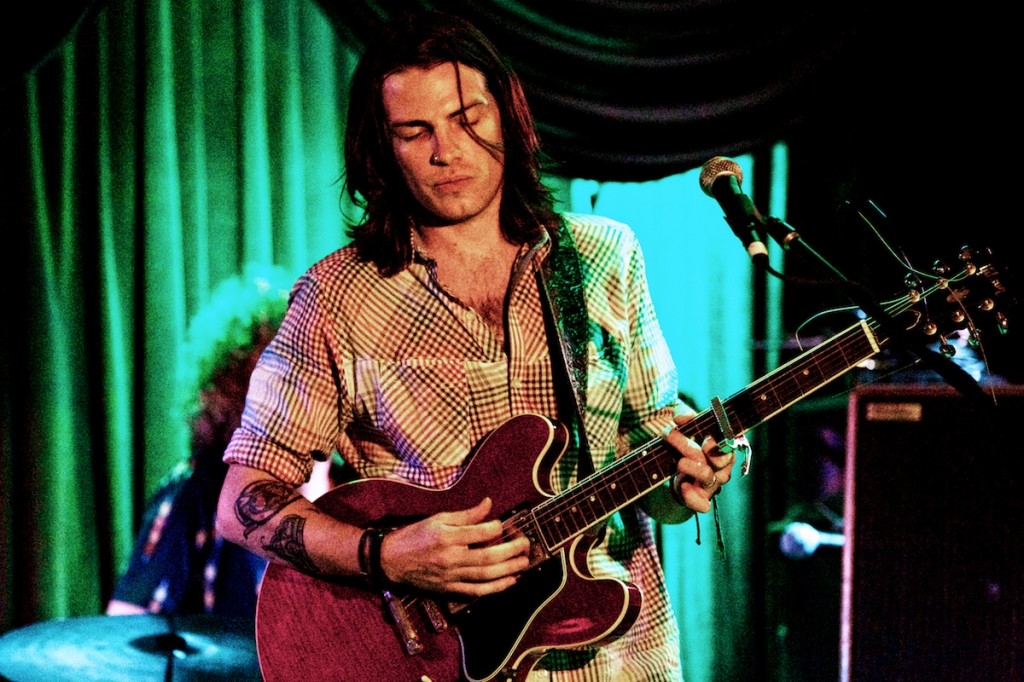 Clarence Bucaro during his opening set

HISB is deceiving. The tunes feel like your own backyard throwdown, but go deeper. The funk, blues, bluegrass, jam, country, bayou sound they have cultivated will satisfy jam fans and roots devotees alike. Fest vets know what I’m talking about and the thousands who caught them Saturday at Outside Lands do too. And they just keep getting better.

HISB, one hand on the wheel at all times