The last date of the Carry Fire Winter tour landed Robert Plant at the beautiful Orpheum Theatre in DTLA. The tour has stuck to smaller venues (the Orpheum holds about 2,000) while drawing on a consistent set list of multiple tunes from both “Carry Fire” and “Lullaby and the Ceaseless Roar”, as well as a few quieter Zeppelin touchstones and other blues and traditional material.  The chance to see Plant in such intimate confines throughout the tour was special, considering the next time he’ll be in SoCal will be as headliner at the second day of Arroyo Seco Weekend. But it was also special, because the room so fit the music coming from the stage. Adventurous, personal, rooted in history, but not confined by it.

Ten years ago when the Raising Sand collaboration brought Plant together with Alison Krauss, the incredibly talented singer, songwriter and fiddle player, she of the bluegrass origins and more Grammys on her shelf than any other singer or female artist ever, it struck me as a WTF leap that could have been a disaster. Instead the critically acclaimed (and Grammy winning) project knocked me out that he could even pull it off. And, unlike some legacy artists who adapt idioms for a tour and move on to the next, this was no mere exercise or one-off. But then, that was so 10 years ago. With Carry Fire, his 11th solo record, and his third since Raising Sand, Plant goes even deeper into a mélange of worldly influences and new and old sounds that is pretty fearless.

All that was in play at The Orpheum. The Sensational Space Shifters (guitarists Liam Tyson and Justin Adams, drummer Dave Smith, Billy Fuller on bass and John Baggot on keys) were joined by opener Seth Lakeman on fiddle for much of the set, and that was a game changer. In 2014, the Shifters toured with Juldeh Camara, who played a riti, a single-stringed Gambian fiddle, adding rich texture from the other side of the globe. Enter Seth Lakeman, a Brit, carried a lot of fire with foot stomping bluegrass runs, Celtic spins and straight up jams with guitarist Tyson. With Lakeman on stage, Plant and the Shifters doubled down on their roots explorations. And by now, fans should know to check their Hammer of the Gods expectations at the door. Sure, any whiff of a Zep tune had the room whooping, and there were some of those moments (though I never thought I’d hear a fiddle driven “Misty Mountain Hop” I could almost describe as cheery). Upright bass and mandolin backed “That’s The Way” from Zep III. Plant introduced “All the Kings Horses” a pre-Shape Shifters tune as by “a band with a different name, but not that name”. And Leadbelly’s, “Gallows Pole” from Zep II, had a bluegrass tempo with Tyson busting out a 6-string electric banjo. “Carry Fire” is steeped in a mystic feel and Adams extended intro was not of this hemisphere and somehow a perfect companion for “Babe, I’m Gonna Leave You”. The Bukka White blues, “Fixin to Die” was the more cowbell part of the set (x3), with a lot of fret slapping theatrics from Adams that worked the crowd up pretty good (but left me kind of cold). The early solo Plant tune “In the Mood” encore became a countrified ramble with upright bass, electric banjo and fiddle before Shifting into a loose “Whole Lotta Love” that bookended a Celtic-ish break with the traditional “Santianna”. Yeah, it was that kind of night.

Plant nixed a rumored $14M payday for a Zep reunion at Desert Trip a few years back. His musical path ain’t for sale. That’s what he brought to The Orpheum. Yeah it was that kinda night. 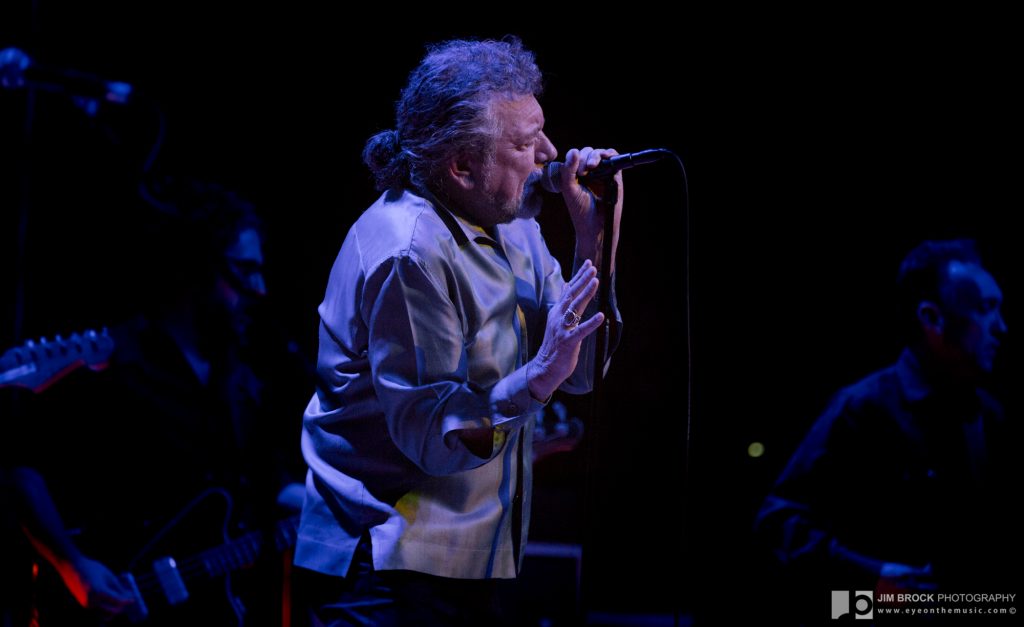 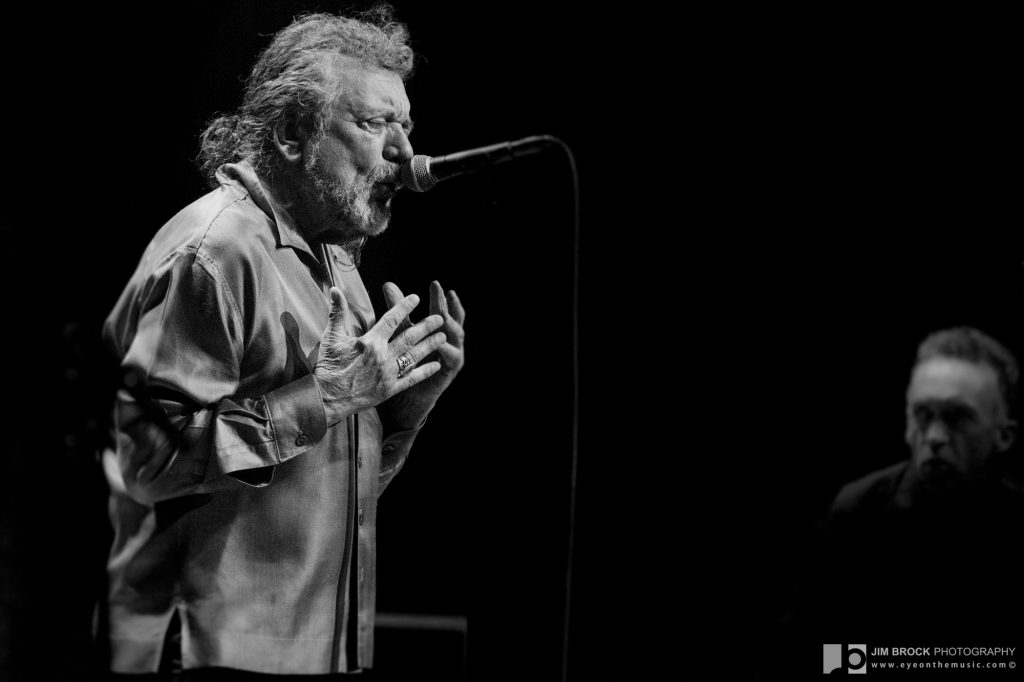 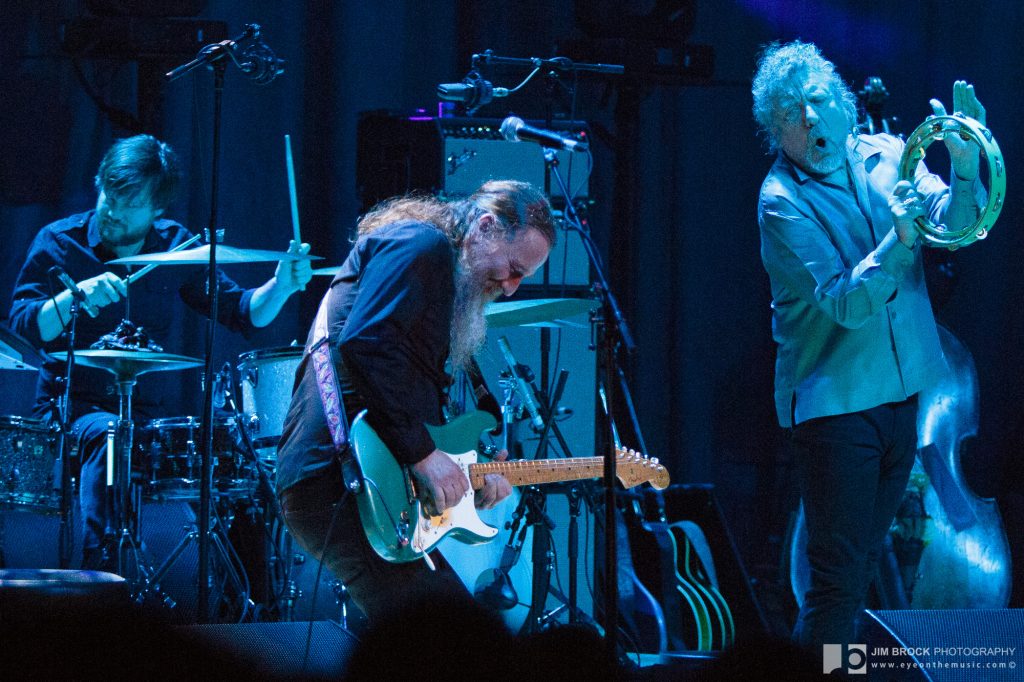 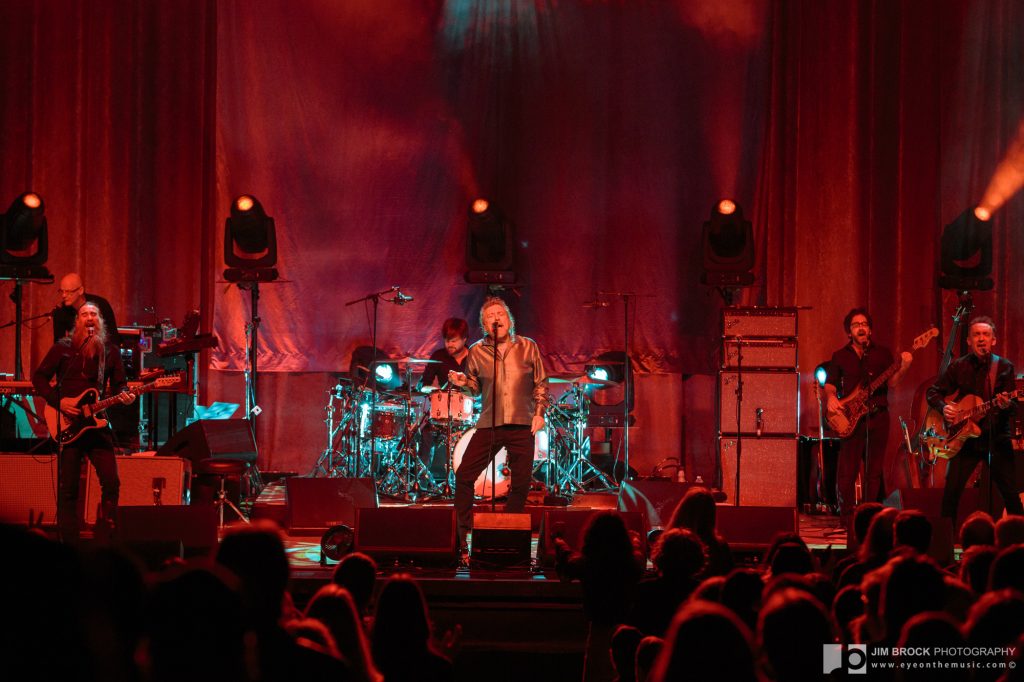 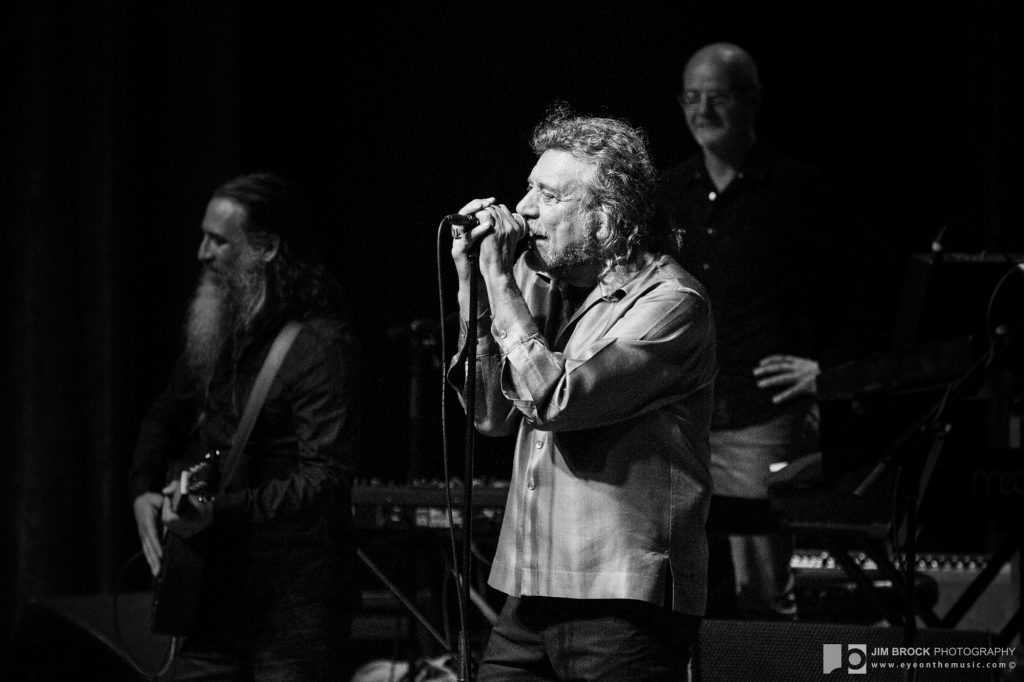 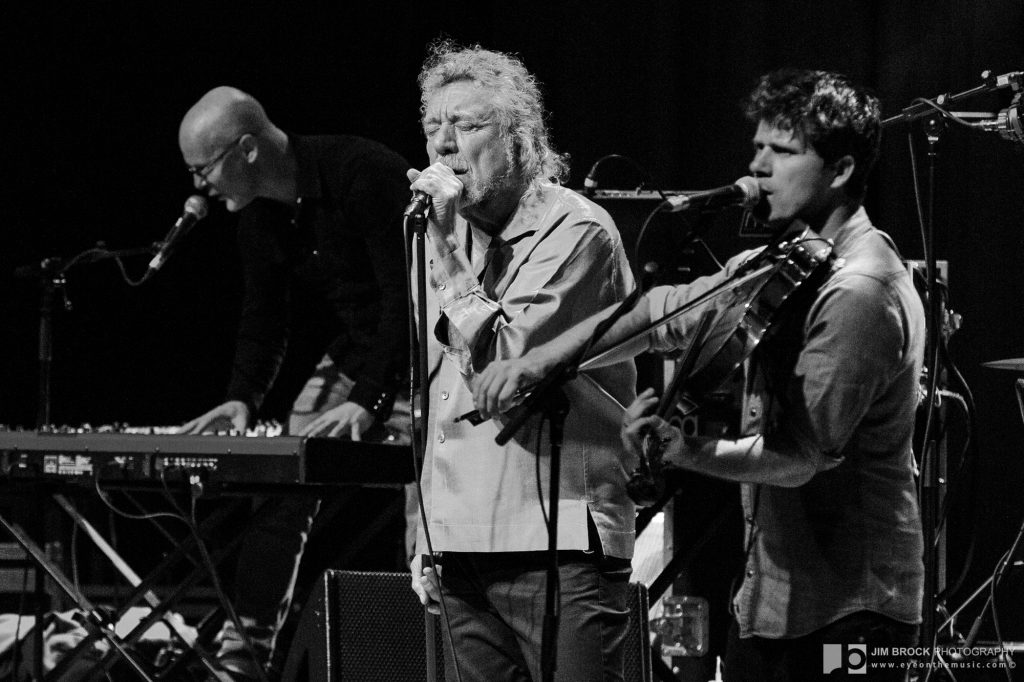 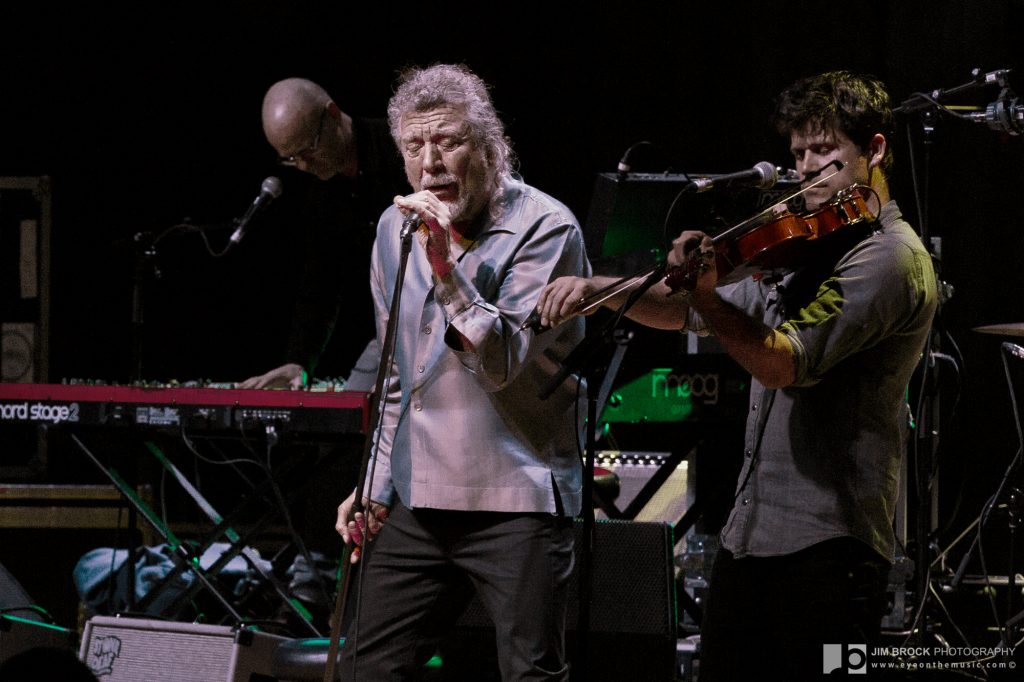 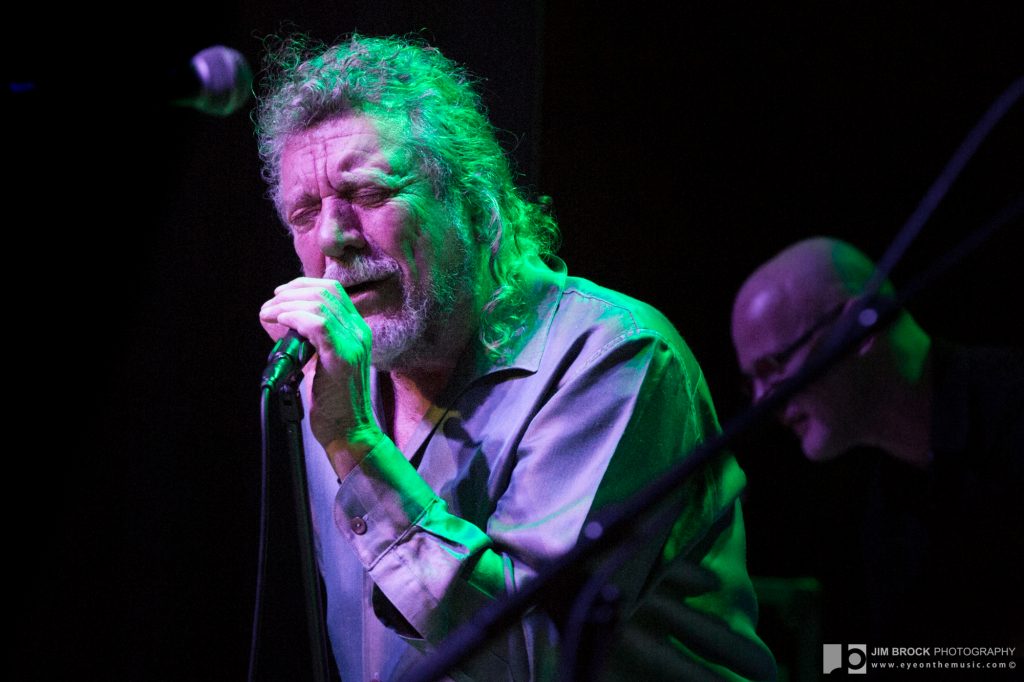 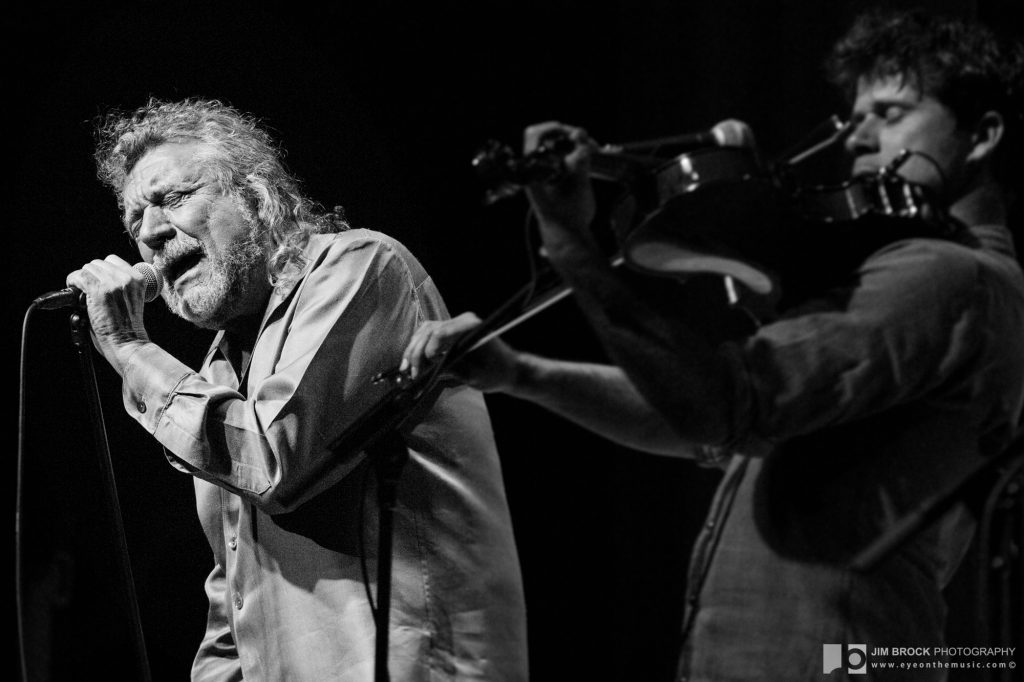 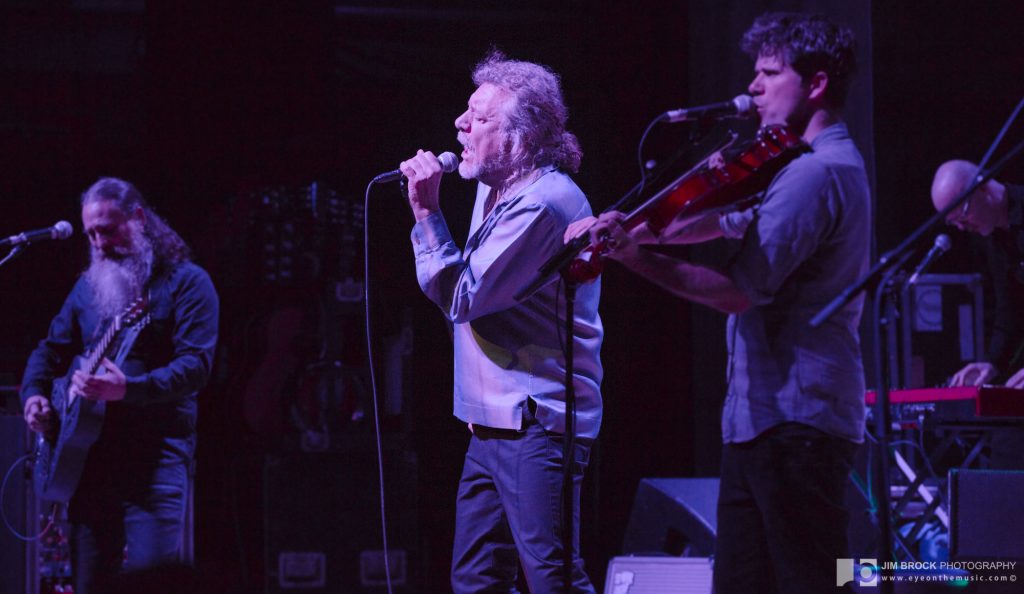 Jubilee: A Celebration of Jerry Garcia, Theatre at Ace Hotel
Scroll to top