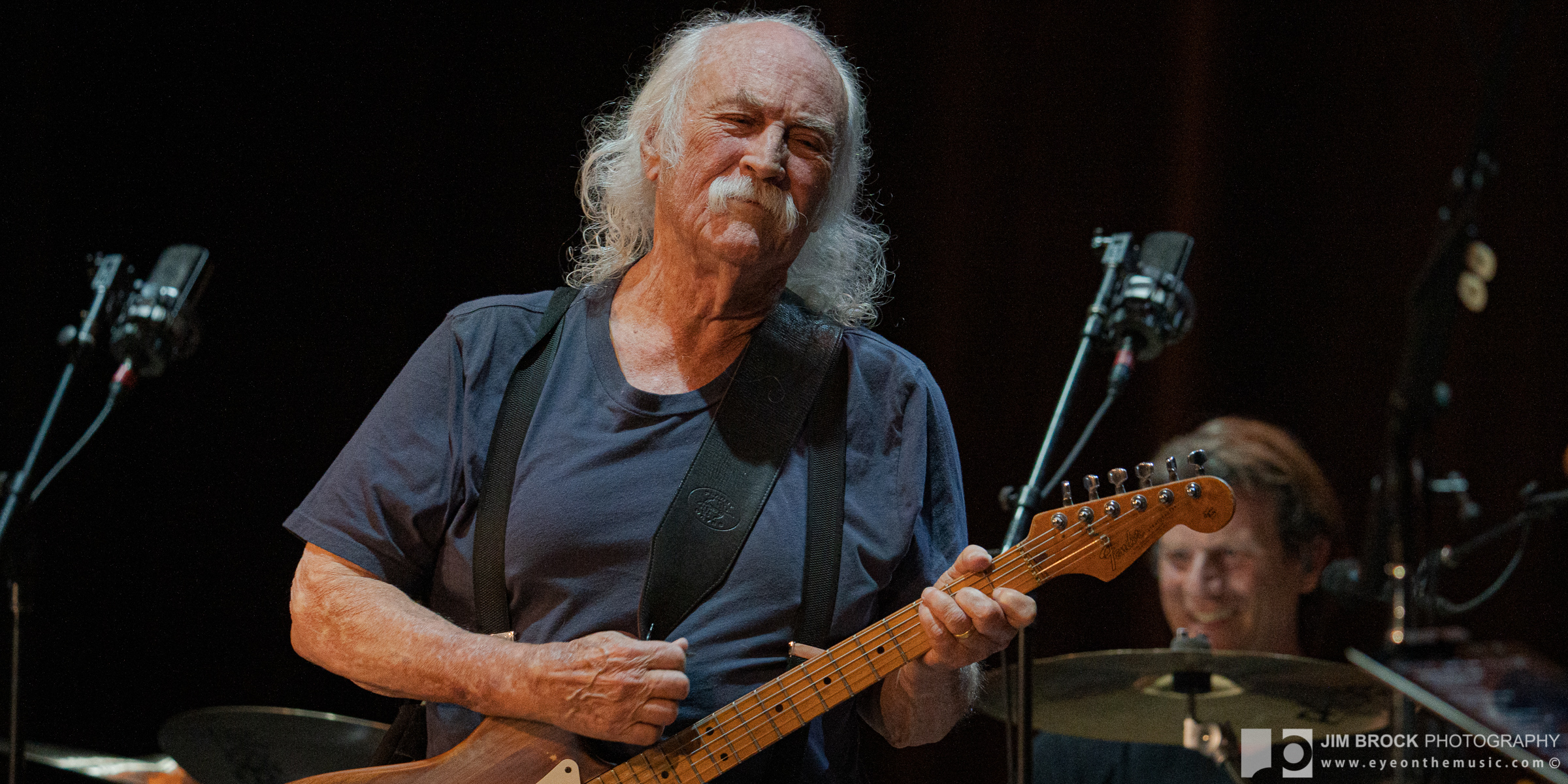 Croz always comes straight at you and from the heart, burned bridges and all. No surprise his Sky Trails tour two-setter at the Saban Theatre was so warmly greeted, from the “In My Dreams” CSN opener to the “Wooden Ships” and “Ohio” closers. “Eight Miles High”, “Guinnevere” and “Long Time Gone” were first set touchstones, and the set closing “Deja Vu” stretched for all the band to showcase their musical voices. Drummer Steve DiStanislo working skin on skins to subtle and expressive effect, James Raymond, producer, arranger and son of Croz on keys spotlighted. Michelle Willis lending her Rhodes inspired runs and vocals. Crosby had an origin story for all, but especially bassist Mae Liesz, whose busking turn led to love and touring. And then guitarist James Pevar, who has been playing with Crosby for 30 years, brought the tune back from the edges to that rolling 6/8 we all know. The exquisite “The Lee Shore” opened the second set. Crosby later sharing some of his darker moments as a junkie and how Jackson Browne pushed him to finish “Delta”as a turning point in his recovery. An a capella take of “What Are Their Names” sent shivers and “Ohio”, such a fitting encore. Neil’s call to musical and political arms. Two men who don’t speak and may never share a stage again, but their music binds us all. Croz regaling the audience to sing at the top of our lungs to be heard in D.C. and beyond.

These tunes resonate deeply. They are of another time and of this moment, just as who we were and who we are, are one and the same, and oh so different. The man still has the pipes to crawl inside your soul. It is way past time to let our freak flags fly. Thanks for the reminder, Croz. We will always remember your name.