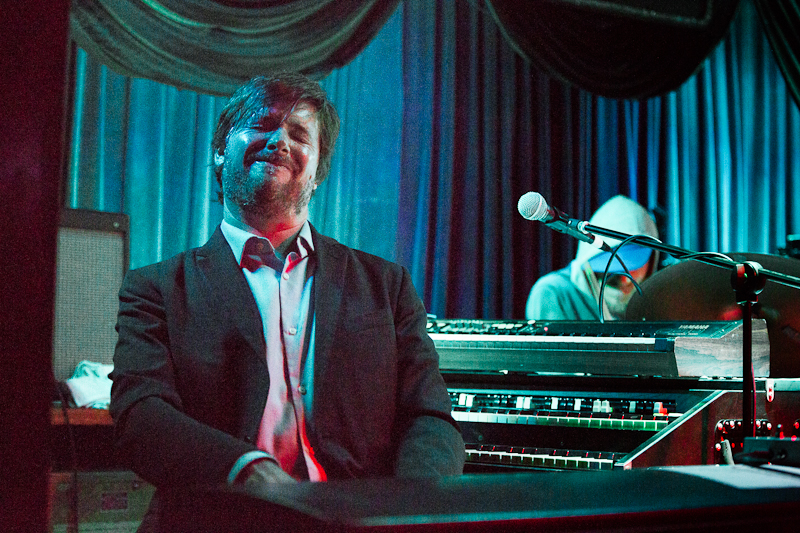 There is no sound quite as satisfying as a Hammond B-3 organ through a Leslie speaker. In the right hands, the B-3 can be pure blues drenched, Sunday church joy, straight up bop, prog rock majesty, soul master and classic rock anchor. While the last B-3 rolled off the line in the mid-70s (says Wiki), the legacy of the sound is completely unmistakable. It has been a signature for the likes of Gregg Allman, Stevie Winwood, Keith Emerson, Booker T. Jones, Stephen Stills, Jimmy Smith, Ray Manzarek, to name but a few. More recently, a newer generation of players, some with deep New Orleans ties, have led B-3 driven ensembles including the likes of Marco Benevento, LA’s own Mike Mangan and Robert Walter, who began a June residency at The Mint last week.

Southern California native and New Orleans resident Walter chose his Mint residency to reconvene the 20th Congress for their first performance in 5 years. The former Greyboy launched the Congress in the late ‘90s and counts Stanton Moore, Will Bernard and Joe Russo among its alumni. This gig featured original Greyboys Walter and Chris Stillwell, bass, with Cochemea Gastelum, sax/flute (Sharon Jones), Chuck Prada, percussion (Snoop Dogg), and Simon Lott, drums (George Porter, Jr.). The 20th Congress moves from straight up horn and keys driven funk and blues, to the more quixotic, while right at home in the soul jazz spectrum. Like Marco Benevento, Walter mixes the B-3 sound with electric keys and occasional effects. 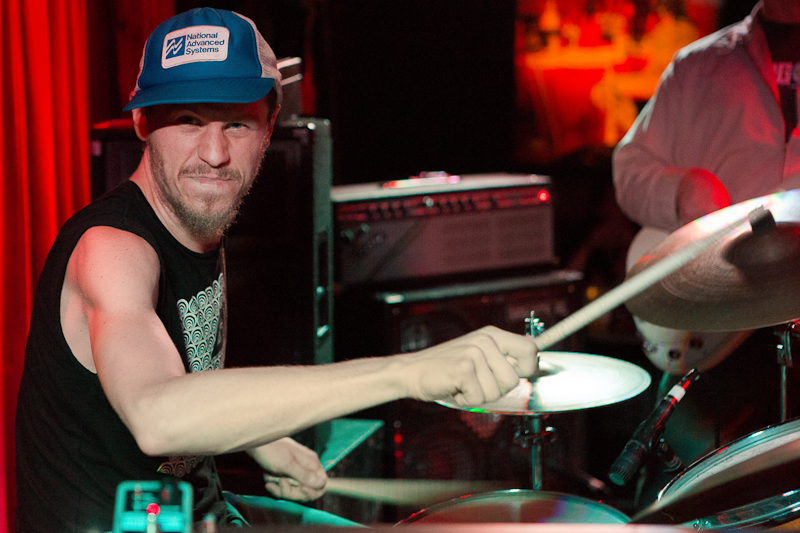 While Walter did not have his B-3 in tow for this gig, his Yamaha nicely emulated the experience through a vintage Leslie. Another rack of keys sat atop the Yamaha and (to my delight) a Fender Rhodes filled out the array. Opening with the chunk of funk “Sweetie Pie”, the 20th jumped right into the fray led by some fine Rhodes work and Gastellum’s alto.  The next tune started with an extended Walter solo, then had drummer Simon Lott, hoodie and all, drop into a hard groove and pretty soon it was feeling like 70’s vinyl. No surprise the set list revealed the third tune to be from Walter’s 1997 release “Spirit of 70” (“Corry Snail and Slug Death”, no explanation to that one). Gastellum switched to flute for the next tune “Fathom 5”, from his 2010 solo release “The Electric Sound of Johnny Arrow”.  The piece started spare, with Gastellum’s flute and Walter’s reverbed Rhodes a snug unit, bassist Stillwell adding a tease of samba undercurrent. 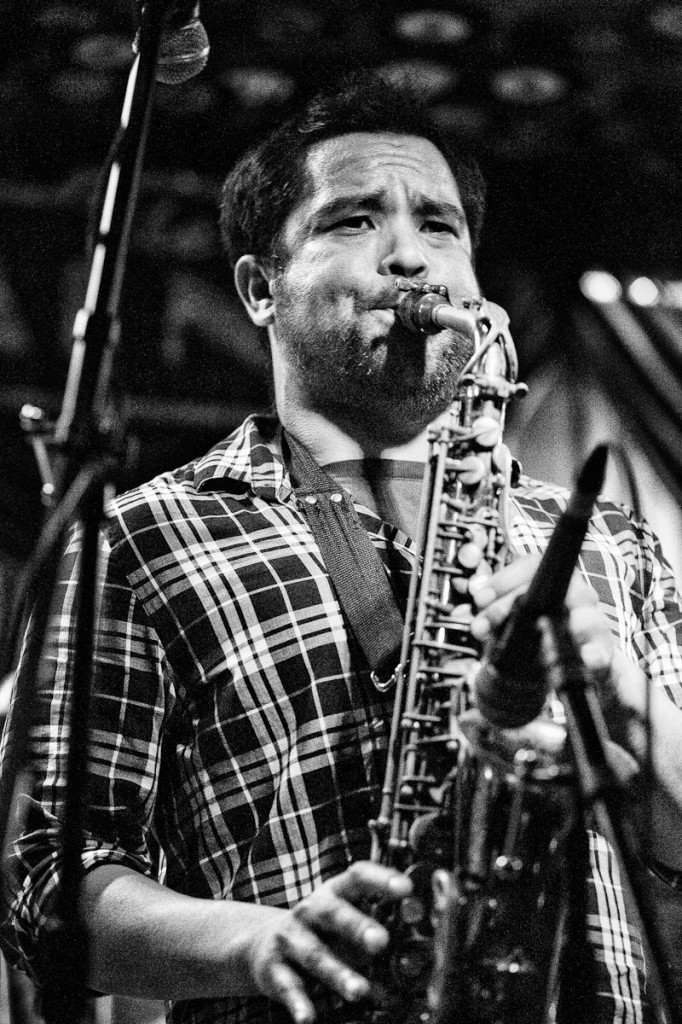 Walter was easy and chatty with the crowd and introduced “Dog Party” with good humor. Disclosure, I love the Fender Rhodes sound almost as much as a B-3, whether it’s early Chick Corea or Royal Scam era Steely Dan. Walter did not disappoint, moving into territory that would make the 1973 Eumir Deodato proud.  The set closed with “Who Took the Happiness Out”, a Dirty Dozen Brass Band composition, and a great showcase for the entire 20th . 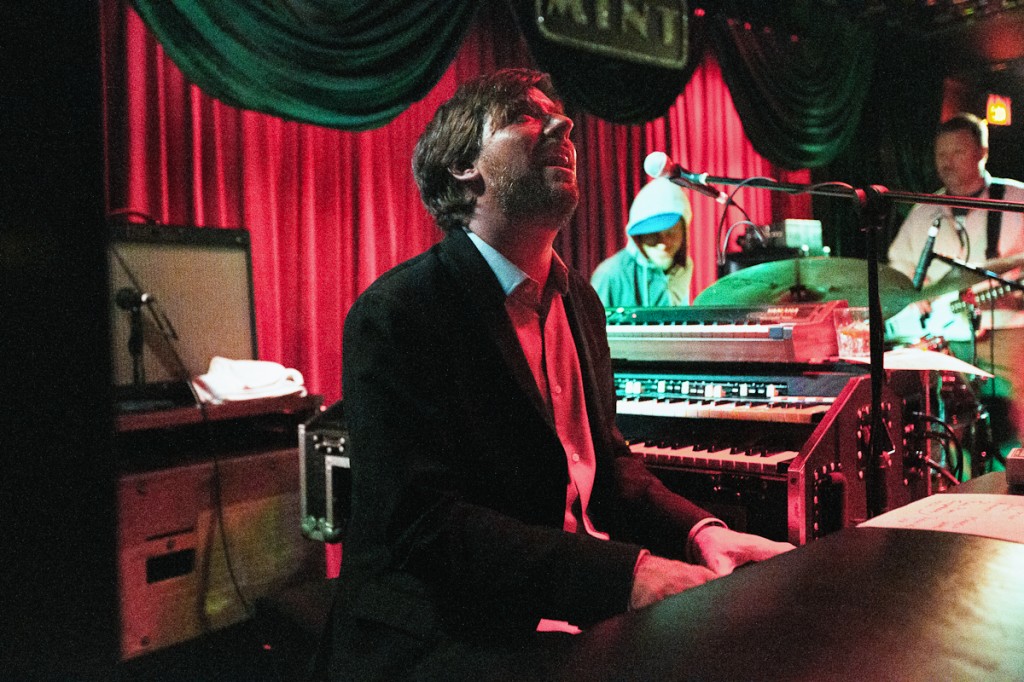 The second set kicked off with “Movin’ on Out” and as the set progressed, a few guests spelled Simon Lott and Chris Stillwell for a tune each, stepping in pretty seamlessly, given some of the angled time signatures. Walter also dug more into his effects pedal, pushing the Rhodes tone to its edges and back again. The set list revealed songs from 2001’s “There Goes the Neighborhood” (“2% Body Fat”), 2008’s “Cure All” (“Maple Plank”, “Snakes and Spiders”) and 2005’s “Super Heavy Organ” (“Adelita”, “Kicking Up Dust”). Apparently, one of the tunes had something to do with brushing your teeth, but hey, that’s instrumental titling for you. 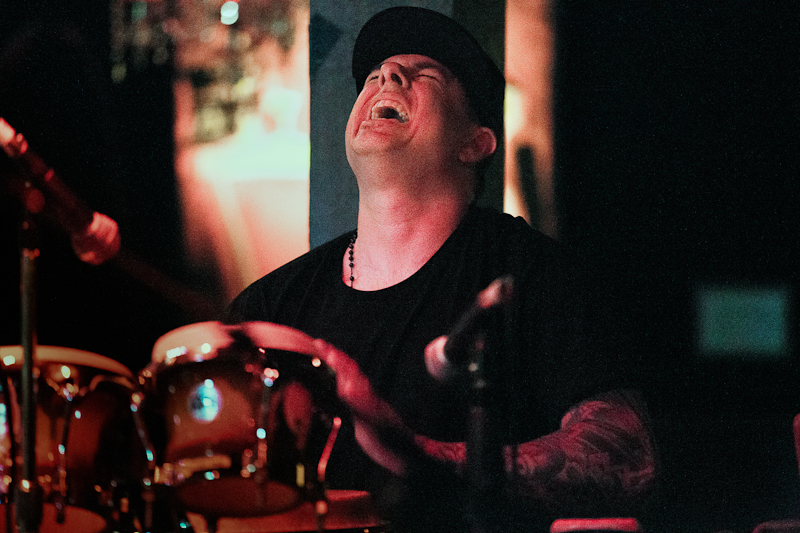 Chuck Prada with the 20th Congress at The Mint

The 20th Congress is often fast paced. Borderline frenetic, but not overly hyper. Always finding a groove to draw your attention. Along the way, Robert Walter will move from bluesy flourishes to dizzying ascending/descending runs. At least a few times Wednesday my head checked Welcome to the Canteen era Traffic and Caravanserai era Santana while the 20th was rolling.  This is not retro stuff, just a continuation of a story and great sounds fully embraced. Me, I never left the time zone, so it works rather well. 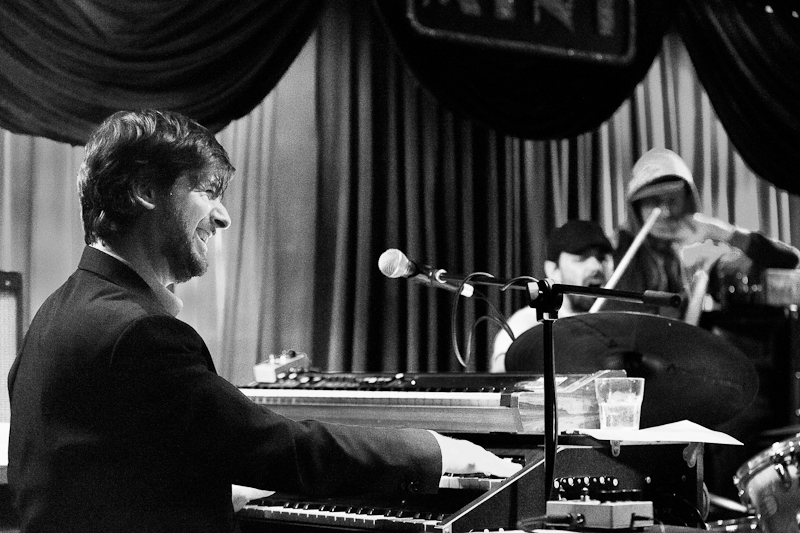 Robert Walter continues his residency at The Mint on June 20th (with Reed Mathis and Aaron Redfield) and June 27th (Stanton Moore and Jonathan Freilich).