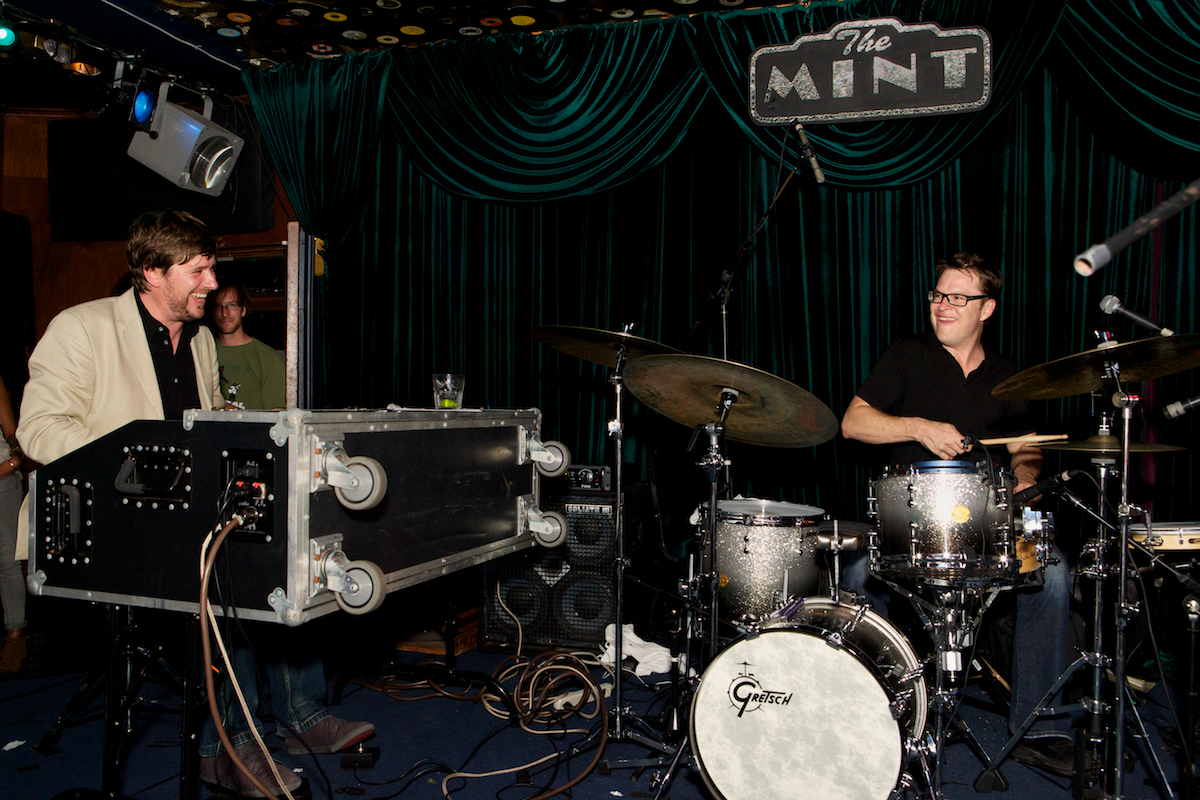 Stanton Moore is everywhere, deal with it.  And no drummer jokes, please.  Seriously, it seems like Stanton Moore is the Warren Haynes of the skins, playing wherever, whenever he can and not only like he’s having a great time, but also as if his life depended on it.  Whether leading his Galactic mates through a snare fed fury that turns the band into the equivalent of a human trap set, sitting in seemingly every night during Jazzfest he’s not gigging with the propulsively manic Garage a Trois, the brass royalty of the Midnite Disturbers, his own trio, or Galactic, this is a man who literally can’t sit down when he plays.  He is simply having too much fun to keep still.  Last year, Mr. Moore anchored Anders Osborne’s epic American Patchwork recording and tour in 2010 and fortified his collaboration with Hammond wiz Robert Walter. The tribal material and arrangements that grew from this collaboration resulted in one of the best albums of the year.  Moore and Walter, along with guitarist Will Bernard, have further shaped their unique funk with the Stanton Moore Trio over the years and for those who love their B3 sound dripping in swamp juice and punchy percussive attacks that serve as smelling salts to the senses, you’ll like what you hear. 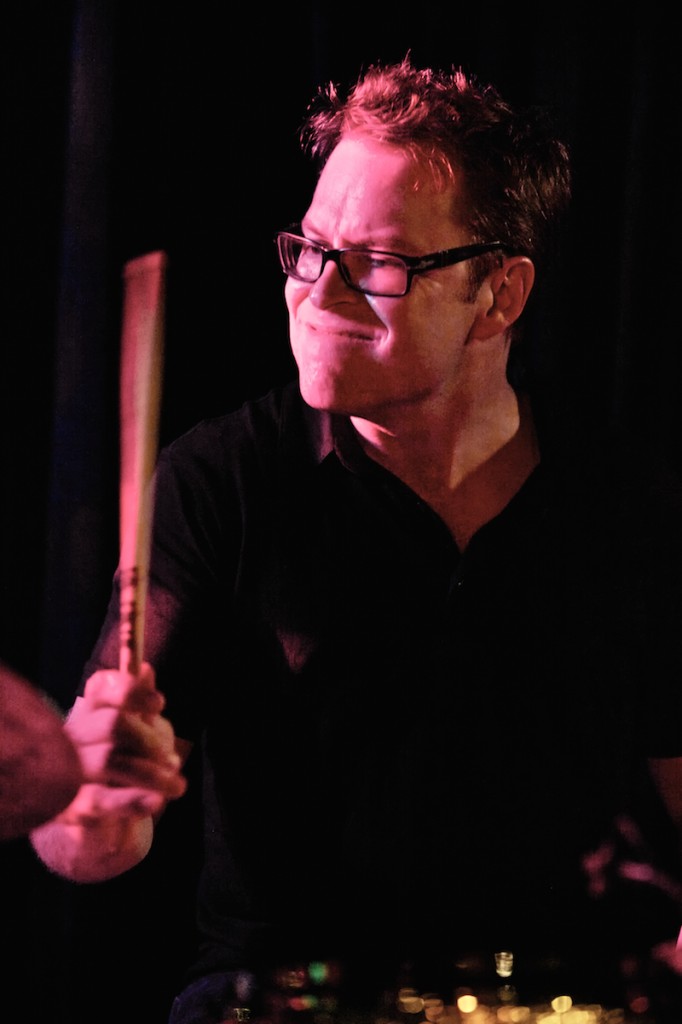 The New Orleans percussionist has taken up a month long Wednesday residency at The Mint for July, providing free all ages drum clinics before every show – a thoughtful give back for aspiring and seasoned players alike. Each show rotates in a different guest and I elected to hit the July 13th gig with Karl Denson.  Within minutes of the 9:50ish start, the room was full. Not bad for the Wednesday night before Carmeggedon. 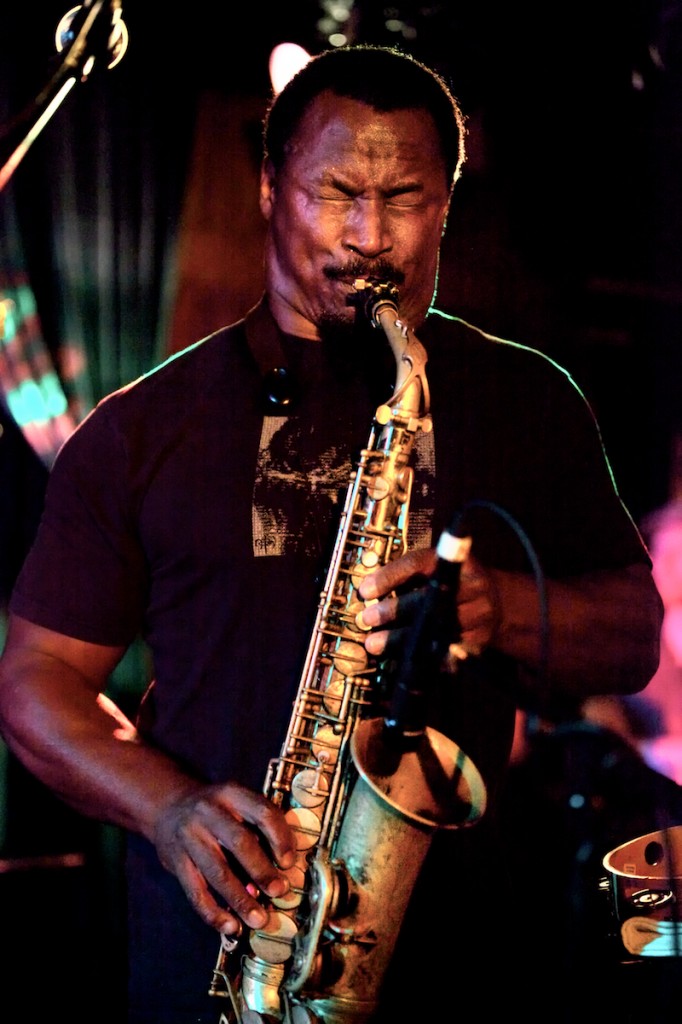 Opening with Walter ‘s staccato riffs on “Pie Eyed Manc” from 2010’s aptly titled Groove Alchemy, the set I heard started strong and headed higher.  The chemistry between all three players was astonishing.  Walter’s bass lines alone pushed and grabbed the trio, and especially Moore, to punch back and dig deep.  The sound was vintage, old school and often organ driven (OK, Yamaha on wheels), shifting from a complex soul groove to in your face rapid fire I gotcha soloing.  Heck, I half expected to hear the snap, crackle and pop of vinyl between notes.  Denson altered his horn’s tone to great effect that only enhanced, not detracted, from some wicked and adventurous playing.  By the time they hit “Magnolia Triangle” mid-set (from 2002’s Flying the Koop), the trio was a single swinging, squonking, fiery unit (wouldn’t have been surprised to see wisps of smoke rise from the bell of Denson’s tenor).  The set closed with Dirty Dozen Brass Band’s, “Who Took the Happiness” (from 2008’s Take It to the Street), that stripped a larger brass band sound to it’s rawest elements with circular interplay wrapped around Walter’s keyboard bass and jungle-like swing.  This was great stuff.  Call it funk, call it jazz, call it soul.  Don’t matter.  As long as you respect the drummer. 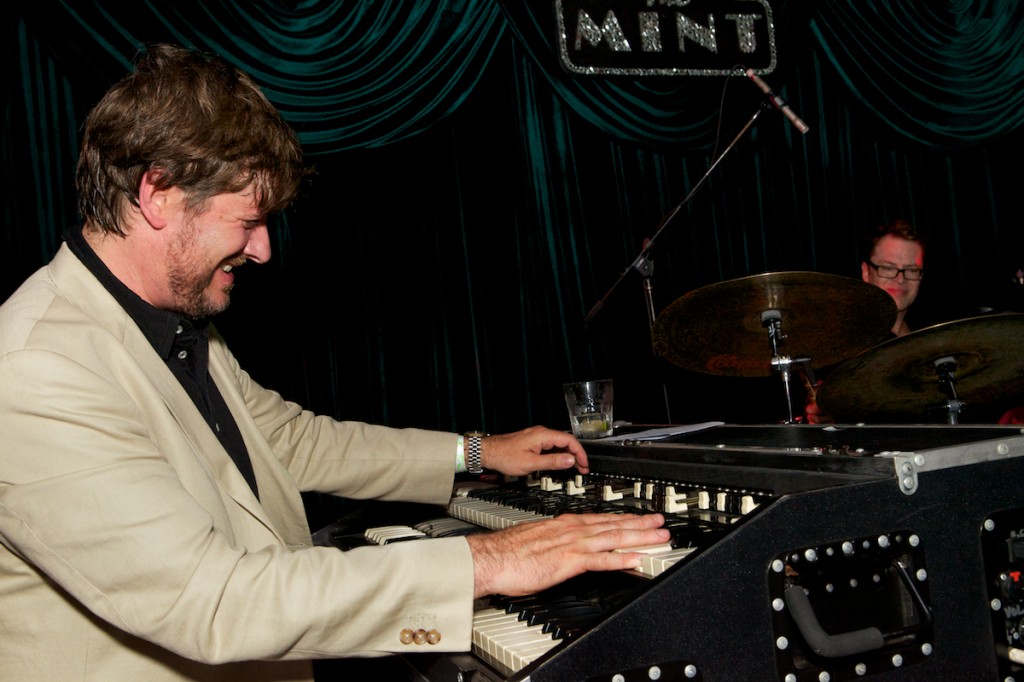 Jim Brock Photography raises over $1,100 for the Tipitina’s Foundatio...
Scroll to top